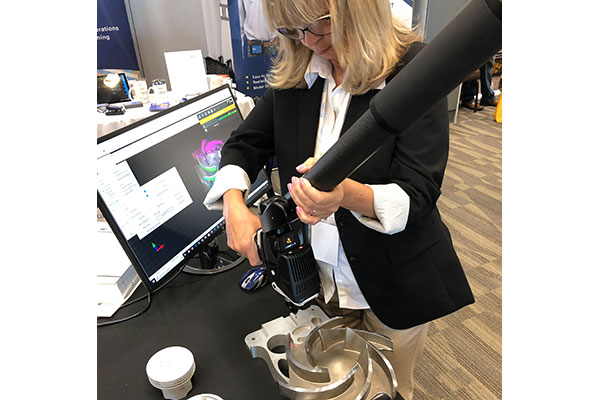 Manufacturers worldwide will be able to use their portable coordinate measurement machines and turn them into modeling tools. The Fusion 360 PCMM add-in was developed with a shop-floor driven focus to ensure operators can 3D capture, 3D measure, 3D scan and 3D model physical part features and complex surfaces quickly.

“End-users will be able to efficiently and effectively use scanned data from their portable measuring arms, to create a 3D model,” Carter adds. “Improvements to the ReverseEngineering.com add-in are directly driven by shop floor users’ feedback. Once a feature is captured, it can be measured, using the Fusion 360 Inspect tool, to ensure it is within tolerance of micrometers or calipers. Manufacturers benefit from an immediate ROI after their scanning operators gain confidence with the PCMM integration,” said Braxton Carter, CEO/President of ReverseEngineering.com.

Top-down workflow with either Automatic or Manual data capture control