Anyone ever sat through a geology class recognizes the word “strata” as describing layers of rock lying atop each other to create an aggregate whole. In nature, these formations take years to develop as sedimentary material is laid down and covered over again and again. This elementary process of creation also forms the basis for the name Stratasys, a 3D printer and service supplier.

No doubt inspiration for the name came from the process that Stratasys has built its company on, namely fused deposition modeling (FDM). The devices that use this process heat and extrude a filament of thermoplastic material and layer it into the desired shape, along with any necessary support structures. Support structures are often designed to be soluble so they wash away in a water-based solution. Frequently used materials for this process include ABS thermoplastics, polycarbonates and polyphenylsulfone. 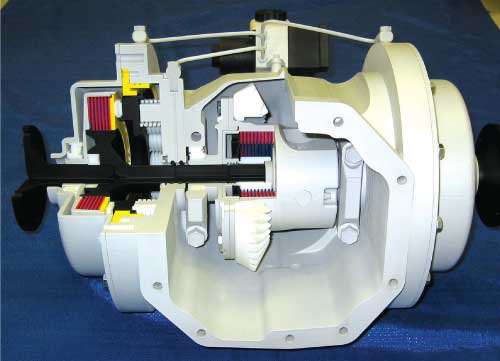 The idea for FDM came to founder Scott Crump in 1988 as he was looking at 3D plotters used for CAD and wondered if the same process could be used to create solid materials instead of flat ink drawings. Crump began experimenting at home with a hot glue gun and created some early prototype objects, including a frog for his two-year-old daughter.

“Scott had an idea to develop a product that would help speed the production process,” says Jon Cobb, vice president of Marketing at Stratasys. “While running a previous company, he became frustrated with the time it took to get prototypes. From this frustration, Scott began his quest to define a ‘rapid prototyping’ product/process.”

Stratasys At A Glance

Stratasys was started in 1989 and delivered its first product in 1991. At the time, the company was considered a low-priced system provider, offering what it called rapid prototyping systems for around $200,000. Products bearing the description of “3D printing” were introduced in 1996, and Stratasys shipped around 90 systems in its first year. By way of comparison, last year (2011), the company shipped about 2,200 additive manufacturing (AM) solutions.

Today, Stratasys produces 3D printers in the uPrint SE, Dimension and Fortus lines, as well as offering its RedEye on-demand rapid prototyping service. The uPrint SE line is intended for in-office use and can also be purchased as part of a complete 3D Printing Package. The Dimension line is more of an industrial-sized machine aimed at product designers, engineers, educators and architects. The Fortus line offers the largest build envelop of the Stratasys machines and can produce more durable parts than the smaller 3D printers.

What sets Stratasys apart from other 3D printer manufacturers? According to Public Relations Manager Joe Hiemenz, it is the use of the company’s FDM technology alongside its sturdy  thermoplastics.

“The thermoplastics are the biggest distinguishing feature. We use only industrial-grade and engineering-grade thermoplastics, the same plastics that are used in many of today’s consumer and industrial products, such as cell phones, computer keyboards and monitors. We also try to bring out new thermoplastics that satisfy various niches within prototyping and production.”

Coming a long way from the hot glue used to create a toy frog, Stratasys offers 10 different thermoplastic options. Basic ABS was the first material used by Stratasys, and it still enjoys the broadest use. Today’s ABS is stronger than past generation thermoplastics. It is generally used for prototypes and models and some production applications. 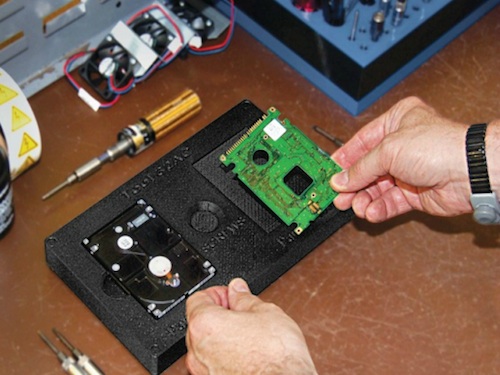 ABS-M30 is used by the Fortus line and also by the Dimension line under the name ABSplus. The main difference between the two is the material properties that result from different processes in the two machines. This material is up to 40% stronger than basic ABS, according to Stratasys, making it a candidate for functional prototypes, manufacturing tools and end-use products. Objects built with ABS-M30, or its brother ABSplus, respond favorably to post-processing smoothing, and the company even offers a hands-free Finishing Touch Smoothing Station for this purpose.

Special use thermoplastics include ABS-ESD7 electrostatic dissipative material, which is intended for use with electronics, ABS-M30i, a biocompatible that can be sterilized using gamma radiation or ethylene oxide (Eta), and ABSi, which is a translucent material that plays well with lighting or in cases where monitoring material flow is required.

Stratasys also offers polycarbonate (PC) materials for the Fortus line. Along with standard PC, the company sells PC ABS, which is a blend of the two materials. PC-ISO is a biocompatible alternative material for FDM use that offers a higher heat deflection temperature than ABS-M30i by around 33% to 59%.

ULTEM 9085 is a flame, smoke and toxicity (FST) rated material used for aircraft and aerospace applications. The FST rating indicates that the material won’t fuel a flame, add to smoke, nor produce harmful fumes. According to Stratasys, ULTEM has one of the highest tensile and flexural strengths of any of its materials.

Lastly, the company offers polyphenylsulfone (PPSF or PPSU), which was designed to work in areas that might become vulnerable to heat or chemical corrosion. The material is rated for heat deflection of 372°F/189°C, and is resistant to gasoline, oils, chemicals and acids. PPSF is the strongest material offered by Stratasys and has the highest heat deflection.

Stratasys expects AM will continue to expand in the future. While prototyping is still the main use of their printers, the company has seen the greatest growth in creating production tools. This includes manufacturing and assembly tools such as jigs, fixtures, gauges and workholding devices. 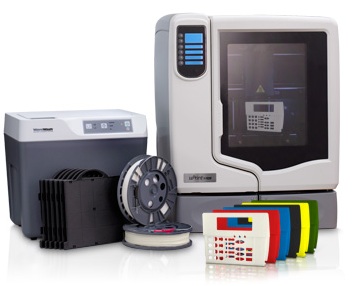 “Every company will have many, maybe hundreds, of custom tools they need to produce and assemble their products,” says Hiemenz. “This is an area where  additive manufacturing does  well. We are able to fabricate these tools quickly and inexpensively. 3D printing competes well against traditional manufacturing methods and the time and cost savings are pretty substantial.”

Hiemenz admits that while a jig created through AM will not last as long as a machined metal one, he says they typically last as long as the manufacturers need them to. He also points out that a part created with a 3D printer and ABS is likely to be cheaper and easier to replace than a metal part. The company has also seen the beginnings of a trend as more manufacturers turn to 3D printing. Instead of warehousing all the tools required to build and assemble their products, companies are instead recycling the plastic production tools after the production run ends, and maintaining a library of the CAD files needed to print replacements.

Education is always key to growing an industry and AM is no exception. Even if some companies don’t yet understand the potential value of 3D printing today, the engineers, CEOs and entrepreneurs of the future are learning about the technology. Stratasys is helping educate students with its participation in Project Lead The Way by offering special pricing for educators and educational organizations.

“Education is one of the biggest markets for 3D printers,” Hiemenz says. “We sell them to colleges, high schools, trade schools, even middle schools and elementary schools are buying them. The STEM subjects — science, technology engineering and mathematics — are really becoming a hot issue and are being taught to kids younger and younger.”

Stratasys says the real boom will come when people realize the potential return on investment from using AM to produce end-use parts. As more people learn about the time savings and cost reductions offered by AM, or how they can improve the quality and design of their products, it becomes a must have. According to Hiemenz, practical exposure to the technology makes it difficult to deny its benefits.

Editor’s note: in 2012, Objet and Stratasys merged, then in 2013 the combined company acquired MakerBot.

Below you’ll find a video about Stratasys’ largest 3D printer, the Fortus 900mc.