Harvard researchers studied the physical forces that explain the development of folds in the brain using a 3D printed model. 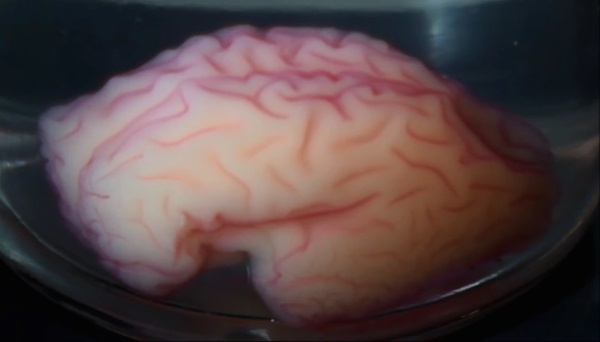 3D printing has helped some researchers at Harvard unlock the physical processes that cause the brains of large mammals to develop folds and ridges.

The outer layer of the human brain (the cerebral cortex) is lined with folds and grooves. Exactly how and why the brain grows and develops folds in that manner has puzzled scientists for years. According to the researchers, conventional wisdom held that this patterning was a purely biological phenomena. 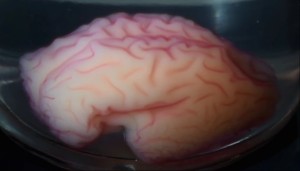 Lakshminarayanan Mahadevan, a physicist and applied mathematician at Harvard, wanted to study the physics of brain development. However, there was no way to ethically study growing human brains, and the brains of typical lab animals (like rats) don’t develop folds.

Using magnetic resonance imagery from a smooth fetal brain, they then 3D-printed a cast to make a gel model in two layers to represent the inner “white matter” and outer “gray matter” of a brain.

They submerged the brain model in a solvent that caused the outer “cortex” layer to expand. As they observed, folds began to form on the surface. What causes this? Their theory is that the cortex natural wants to continue growing, but the fact that it is anchored to the underlying white matter of the brain causes it to collapse.

Mahadevan next wants to study the link between the physical process and the molecular changes going on during brain development.

The research could eventually point to a better understanding of neurological conditions like autism, Alzheimer’s disease, and schizophrenia.

You can read the original research in Nature Physics here. There’s also a nice explanation in this article over at the L.A. Times, and a video below.