Carolina Panthers linebacker Thomas Davis will use a 3D printed arm brace to help protect an injury during the upcoming Super Bowl. 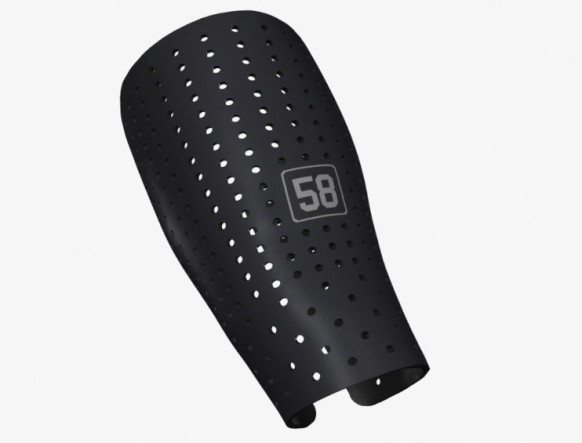 Sumika Partners With Hexagon
This enables more plastic carbon reduction for new vehicles by digitizing sustainable compounds for engineers,...
Nano Dimension Records its Highest Quarterly Revenue
21% increase over Q3/2022 and 61% increase over Q4/2021; 316% increase over full year 2021.
Are You Ready for ChatGPT for 3D Printing?
A startup building AI-based SaaS software for AM has tapped the still-emerging GPT technology to...
AM: The Next Tool in the Sustainability Toolbox
A new report from CASTOR reveals how 3D printed parts can help organizations down the...
More Prototype/Manufacture 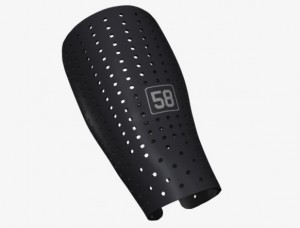 The reason: Star linebacker Thomas Davis is relying on a printed arm brace to ensure his presence on the field. Davis broke his arm in January during the team’s NFC Championship victory over the Arizona Cardinals. The 32-year-old player (now in his 11th NFL season) vowed he would not miss what could be his last chance to play in the big game, and his team has gone to great lengths to ensure he makes it.

According to Wired, Davis had a 5.5-in. plate and a dozen screws placed in his arm so that he could play before the bone fully healed.

That infrastructure, however, is still subject to damage during the game. To shore up the repairs, the Panthers asked Utah-based WhiteClouds to construct a brace for Davis. 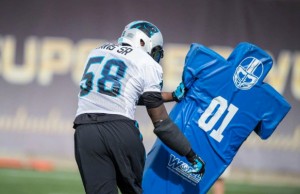 WhiteClouds (the company that provides those Target store kiosks where you can scan your face and have it molded into an action figure) had very little time to create the brace. Working in conjunction with 3-D Elite, WhiteClouds used a scan of the arm to design a breathable, light brace that would protect the injury without violating NFL brace/cast rules.

The brace took 30 hours to print on a Stratasys Objet Connex 3D printer. It was shipped to Davis last week, and he had already taken it for a test drive during this week’s practices. According to reports, the lineman “took every opportunity to hit it on something.”