The need for truly affordable prostheses has led a number of individuals — engineers, research students, medical professionals, even parents whose children face limb challenges — to create their own affordable, functional designs. 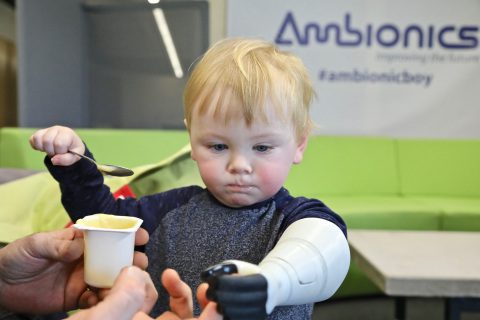 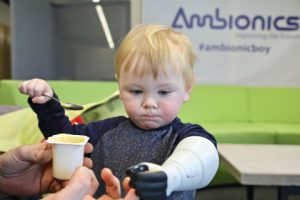 You’ve probably seen one or more examples of the revolution underway in 3D printing prosthetic hands and arms. Call it a grass-roots movement or simply the Mother of Invention inspiring fascinating results. The need for truly affordable prostheses has led a number of individuals — engineers, research students, medical professionals, even parents whose children face limb challenges — to create their own affordable, functional designs. What they’ve already achieved via 3D printing is amazing, and opportunities exist for just about anyone to help the cause.

Prosthetics 3D-Printed by the People, for the People

A newcomer called Ambionics has recently emerged — you’ve got to read about this first. Ambionics was launched by Ben Ryan of the UK, confronting the need for a “training” prosthetics for the under-two-years-old age group. Inspired by his own son’s needs, Ryan — a psychologist/teacher, not an engineer — designed and developed a novel, pint-sized hydraulic prosthetic that uses a double-acting helical bellow to allow opening and closing a thumb. He tested the lower-arm concept in foam then 3D-printed it on a Stratasys Connex system; the light weight, non-electronic design can be built in five days. You can get involved by supporting Ryan’s crowdfunding campaign.

Enabling the Future is an exponentially expanding not-for-profit, worldwide organization usually referred as just e-NABLE. It offers a variety of below-elbow prosthetic designs (based on open source files) activated by the wrist, palm or elbow, and includes single-finger designs. Visit their Lend A Hand pages to get involved: you’ll find resources for building/customization tips, suggested supplies, how-to videos, (such as the Raptor Reloaded Assembly Tutorial) and links to local chapters worldwide. 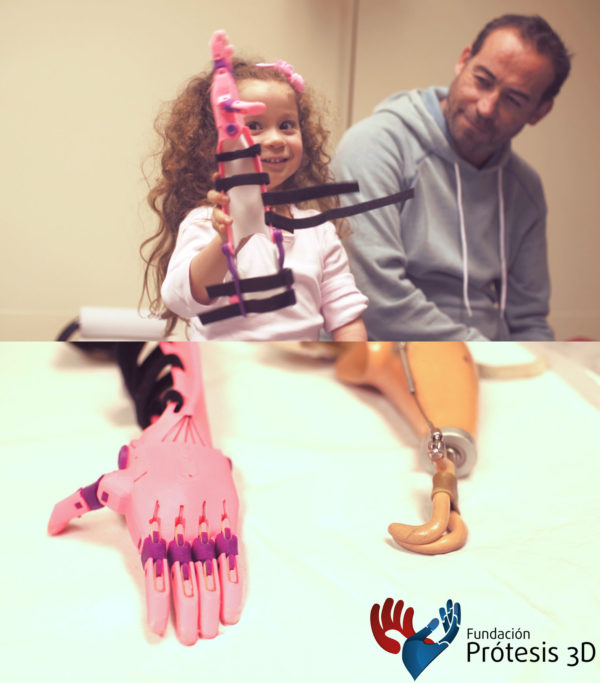 Open Bionics, another UK-based start-up company, is in its third year of building on the activities of the Open Hand (academic) Project. Winners of the James Dyson Award, the group has already worked with the Walt Disney Company to create kids’ prosthetic hands inspired by characters from Star Wars, Frozen and more. You can download build-files and join the developer community; check out some of their work in action. 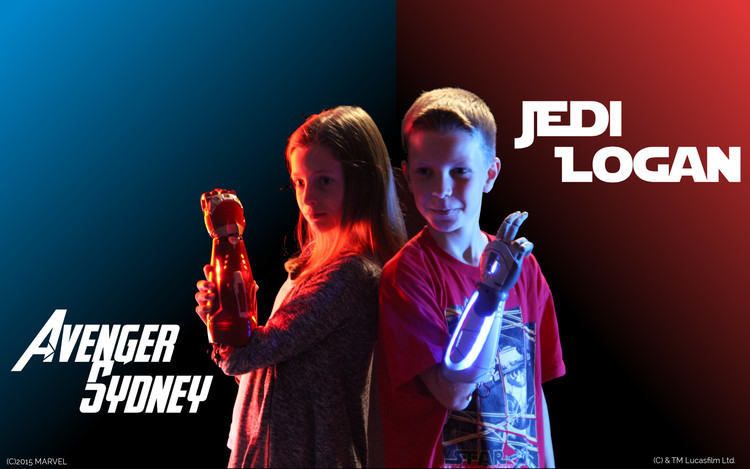 Limbitless Solutions is a non-profit volunteer organization that imagines a world “where bionic arms are no less common than glasses or braces.” With the tagline 3D Hope, it focuses on the needs of children, who, due their constant growth, are often denied prosthetics coverage. Limbitless calls its open-source, 3D-printed designs bionic because the designs are child-controlled through use of electromygraphic controls; check out Wyatt and his cool Blue Man Group-inspired arm. Founded and operated at the University of Central Florida, the group welcomes makers, sponsors and donations.

In Japan, Exiii (exiii.jp) is a design group that is tackling, among other projects, a way to bring affordable, electric-powered prosthetic hands and legs to a wide group of users. Their HACKberry design data is free to developers and designers around the world and available on github. The latest features include a very flexible wrist, a smaller palm and an increased compatibility with various camera batteries.

Taking a bit different approach is Lyman Connors, founder of Handsmith, whose non-profit company is building custom Mano-matic prosthetic hands on Formlabs SLA-type 3D-printers. The aim is to replace traditional bionic prosthetics (costing $45k to $75K, and even then not always available) with highly sophisticated versions built in a day and running about $8,500. (The group offers financial assistance, too.) Connors’ passion for the project is evident: he is donating his vision, his outside time (he’s a GE software engineer) and all of his own 401K funds to make a difference in this field. 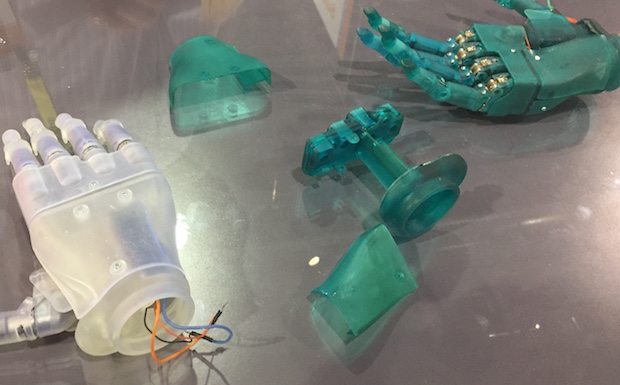 People who need a prosthetic hand but are not eligible through insurance or cannot afford one on their own can apply to Handsmith to begin the process.

Lastly, it’s no surprise that this topic is already forming the center of student projects at universities. One such endeavor is happening under the guidance of James Adams,  undergraduate programs chair at Arizona State University School of Materials Science and Engineering. Here, a group of senior materials engineering students — Jason Enriquez, Tayler Fulton, Nicholas Lauer and Brian Zucker — has dedicated its capstone project to improving existing open-source designs. By connecting through their professors with local companies in the additive manufacturing field, the students are identifying better materials and how to 3D print with them for this purpose. The end goal is to improve on current open-source transhumeral (upper arm) prostheses; additional guidance is being offered by Justin Ryan, the lead research scientist at the Cardiac 3D Print Lab, Phoenix Children’s Hospital.