Project built by BitFury and Allied Control to cool 40+ MW of ASIC clusters running a power usage effectiveness (PUE) of 1.02.

What’s being billed as the world’s most powerful two-phase immersion cooling (2PIC) project will be deployed in a 40+ MW data center being constructed by BitFury Group in the Republic of Georgia. Designed and built by the Hong Kong-based engineering company, Allied Control, the 2PIC project will use 3M Novec 7100 Engineered Fluid, an immersion coolant with a low global warming potential, according to 3M. Allied Control is a pioneer in 2PIC, a field showing promise in boosting data center efficiency. 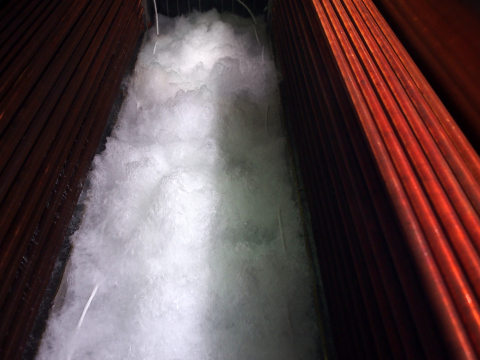 “With 250 KW per rack and not having reached the limits yet, we now have the ability to grow quickly and spread the cost of the cooling system over many hardware generations,” said Kar-Wing Lau, vice president of operations at Allied Control. 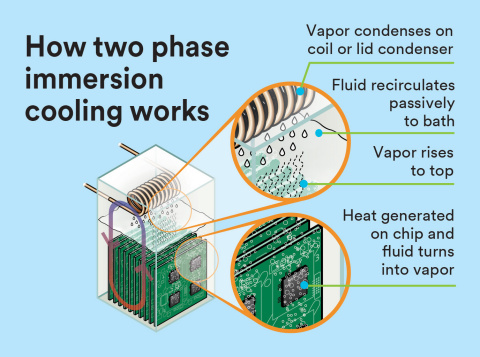 2PIC involves placing hardware in an accessible tank of fluid coolant with a low boiling point, such as Novec 7100 fluid (61°C/142°F). As the hardware heats up in the tank, it boils the Novec fluid, and this change in state pulls the heat away from the components. The Novec fluid becomes a vapor, rises, condenses on a water-cooled condenser coil and falls back into the tank without the use of pumps. The streamlined system can deliver as much as 95% cooling energy savings with minimal fluid loss, according to 3M.

“The PUE we’ve achieved leads us to the next level of data center cooling for high performance computing,” said Valery Vavilov, BitFury CEO. “We’ve taken many steps to optimize our infrastructure for securing the blockchain and blockchain transaction processing that have led us to many different technological innovations. These experiences and technologies could be useful for next generation data center constructions of high performance computing and supercomputing.”

Phase 1 of this project will include 40MW of IT load running at 1.02 PUE with plans for further expansion in the near future. News of the project comes ahead of the 2015 Supercomputing Conference (SC15) in Austin, TX, where 3M will have a demonstration tank of 2PIC with Novec 7100 fluid on display in booth #2710.