A Fresh Look at Nuclear Power 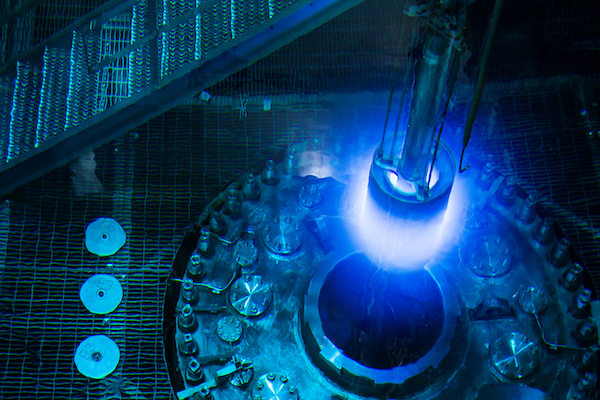 The Netflix documentary, “Meltdown: Three Mile Island,” offered an hour-by-hour account of a partial meltdown that occurred at the nuclear power generator in Londonderry Township, Dauphin County, PA. The event from March 1979 was later declared a Level 5 disaster, defined as an accident with wider consequences. In 2011, a powerful earthquake and a tsunami caused damages to the structure of the Fukushima Daiichi nuclear power plant, triggering a Level 7 accident. The event led to the creation of Japan’s Nuclear Regulation Authority (NRA) in 2012.

These previous events might have pushed many people away from nuclear power, but the increased demand for energy and growing economic concerns are reshaping the global outlook on nuclear energy. Scientific America’s March 2021 headline reads, “Nuclear Power Looks to Regain Its Footing 10 Years after Fukushima.” More recently, in April 2022, The Washington Post reports, “War in Ukraine Generates Interest in Nuclear Energy, Despite Danger.”

A common feature of the nuclear disasters is a failure in the cooling mechanism that maintains the recommended temperature in the reactor core, creating the conditions for an explosion. In this article, we examine how simulation technologies might yield insights for safer pursuit of nuclear energy; and how 3D printed reactor parts are moving into the certification pipeline.

A Safer Way to Scatter Neutrons

Prashant K. Jain, Thermal Hydraulics Group for the ORNL’s Nuclear Energy and Fuel Cycle Division, says, “Physics-based, system-level computer models are generally used in a nuclear reactor simulator to support its operation. These digital models are used for various purposes, such as training the operators, using as a virtual test bench, assessing the plant’s response to any operational transients, supporting any equipment/process change or troubleshooting any issues.”

The HFIR was originally designed to run on high-enriched uranium. With greater awareness of the risks involved, the ORNL is now working to convert to low-enriched uranium fuel. To fully understand the impact of the conversion, researchers at ORNL are using COMSOL Multiphysics simulation software.

“Sophisticated reactor-physics computer models are used to estimate the most efficient core reload and fuel management strategies to enable a reactor’s safe and economical operation. Moreover, detailed physics models of plant components (e.g., pump shaft or impeller, tube bundle in a heat exchanger, etc.) are also used, in combination with sensor data, to assess and estimate their remaining useful life and to plan for maintenance,” says Jain.

The common light-water reactors date back to the 1960s. With such a long history, the energy industry has had plenty of chances to study them and perfect them. As a result, there is an accumulated wealth of reliable historical data to model and simulate their operations.

“However, as advanced reactors using alternative coolants are developed and new technologies are adopted and integrated in the current fleet of plants, continuing investments in R&D are required to ensure that their safety and performance characteristics are well-understood before they can be deployed,” says Jain. 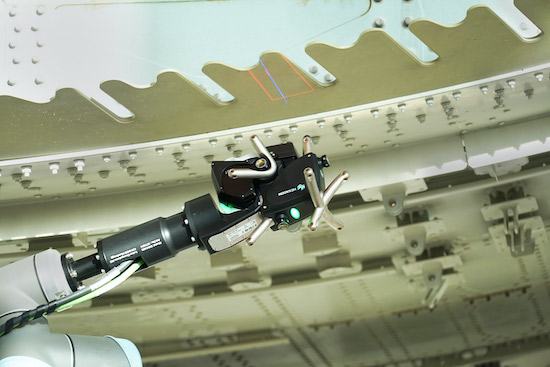 Using the Tracker to digitize a facility. Image courtesy of Hexagon Manufacturing Intelligence.

One way ORNL uses COMSOL, according to COMSOL CTO Ed Fontes, is to simulate the degrees of deformation and deflection in the cooling blades.

“If it deforms too much, it could block the channel and prevent the flow,” he explains. “We also have customers who use our software to look at safe storage of nuclear waste, to examine crack propagation in layers of protective materials. So in many cases, it falls into material and structural behavior simulation.”

In a June 2021 ORNL paper titled, “A Verification and Validation Approach for COMSOL Multiphysics to Support the High Flux Isotope Reactor (HFIR),” Jain and his coauthor Trevor K. Howard wrote, “In addition to well-established, well-understood thermal-hydraulics considerations, fluid-thermal-structural interactions can also occur and may be highly nonlinear. For the HFIR geometry, the key physics that must be modeled are neutronics, solid and fluid heat transfer, fluid dynamics and structural mechanics.”

“You can sequentially simulate what occurs in the HFIR one type of physics at a time, just as you might one equation at a time, but a multiphysics approach more accurately depicts the phenomenon,” Fontes explained.

Replicating the Sun and the Stars

With members in 35 countries, the International Thermonuclear Experimental Reactor (ITER), has set its sights on building the world's largest magnetic fusion device to prove it’s possible to use fusion as a large-scale and carbon-free source of energy. In June 2021, the organization announced “a new multi-year agreement with simulation software maker Ansys.

According to Ansys, “producing a self-sustaining fusion reaction requires an ionized plasma of hydrogen isotopes to be heated to approximately 150 million C°. To sustain this extreme temperature while containing the plasma, the ITER tokamak uses an array of massive superconducting magnets, essentially creating an invisible magnetic cage inside the metal vacuum vessel of the tokamak. ITER engineers leverage Ansys simulation solutions to economically design [electromagnetic] structures.”

As part of the project, ITER engineers will use Ansys Fluent, the company’s dedicated CFD software, to analyze the cooling mechanism and ensure the design complies with the strict safety standards. They will also be using Ansys Mechanical to design the structure to sustain the fusion operations.

Many of the operating reactors were designed and constructed before digital design tools became the norm. As a result, accurate 3D models of the facilities and the internal structures, from the walls to the pipes, have to be developed after the fact. This is where the metrology tools from Hexagon could play a role, according to Giles Gaskell, commercial business manager at Hexagon Manufacturing Intelligence.

For digitizing larger facilities, the stationary pole-mounted Leica-brand laser tracker systems are a good choice. For large-size objects (for example, machinery), scanners attached to articulated arms, such as the Absolute Arm, are a better option. For smaller parts, tabletop scanners are ideal.

“Different horses for different courses,” says Gaskell. “For smaller parts, a structured light scanner is more suitable because you can put your part on a rotary table and move it. With things you cannot move, like the interior of a room or a turbine casing, you use the tracker.”

Digital reconstruction usually requires post-processing. Aside from removing noises in the data engineers may also need to adjust the parameters of certain standard features, such as holes and shafts, Gaskell warns.

“Sometimes you have to add material; sometimes you have to remove. Typically in reverse-engineering, you make the holes smaller and shafts bigger for machining allowance,” he says. “Remember, your scanner itself has a certain tolerance. And the 3D printer you want to use to reproduce the part also has a tolerance.”

In May 2020, researchers at the ORNL began refining their design of a 3D-printed nuclear reactor core, scaling up the additive manufacturing process necessary to build it, and developing methods to confirm the consistency and reliability of its printed components. The project was part of the Transformational Challenge Reactor (TCR) Demonstration Program. ORNL says, “The lab aims to turn on the first-of-its-kind reactor by 2023. The program has maintained its aggressive timeline during the COVID-19 pandemic, using remote work to continue design and analysis efforts.”

In March 2021, ORNL and BWXT Technologies made a joint announcement, revealing a new way to manufacture and qualify parts and materials for high-temperature reactor applications. “BWXT successfully 3D-printed core structural parts used in nuclear thermal propulsion system designs. The components were made from molybdenum—a refractory material that can be used in extreme temperatures,” according to the announcement.

The test component printed as a demonstration contains crisscrossing geometric patterns, which “would have been nearly impossible to manufacture using conventional methods,” the announcement points out. The project was made possible by a 2018 grant from the Office of Nuclear Energy within the U.S. DoE, the companies reveal.

“Once fully tested and qualified, BWXT’s new process will be applied to the commercial market, greatly reducing overall development and fabrication costs of future nuclear reactors,” the announcement says.

In August 2021, ORNL revealed that it has installed four first-of-a-kind 3D-printed fuel assembly brackets at the Tennessee Valley Authority’s Browns Ferry Nuclear Plant Unit 2 in Athens, Alabama. They were made at the Department of Energy’s (DoE) Manufacturing Demonstration Facility at the ORNL. The project was a collaboration among the Tennessee Valley Authority, equipment supplier Framatome, and the DoE’s Office of Nuclear Energy.

Certifying and qualifying 3D-printed parts for operation falls under the jurisdiction of the U.S. NRC (Nuclear Regulatory Commission). On the installation at Browns Ferry, “This is one of the first steps in ORNL’s coordinated efforts with the NRC’s Office of Regulatory Research and the nuclear vendors to prove that a new and greatly accelerated approach for qualified part fabrication is possible,” says TCR Director Kurt Terrani.

In December 2021, the Byron Nuclear Generating Station in Illinois installed a 3D-printed thimble plugging device during the plant’s spring refueling outage. The part’s creator Westinghouse Electric Company describes the project as “a first-of-a-kind installation for the nuclear industry.” This year in June, the company installed its StrongHold AM 3D-printed nuclear fuel debris filters in two Nordic Boiling Water Reactor (BWR) units: Olkiluoto 2 in Finland; and Oskarshamn 3 in Sweden.

As successful experiments add up, the NRC is expected to revise its Advanced Manufacturing Technologies Action Plan, first published in January 2019. 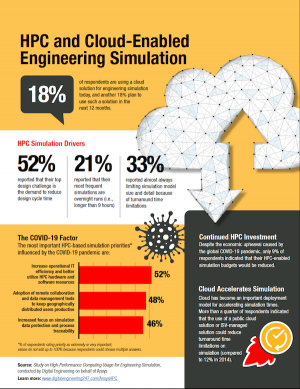 The Power of Virtual Experiments
COMSOL users from around the world shared their stories with us, and now we are looking forward to sharing their expertise, insight, and innovative ideas with you.
Digitizing Biology
Use of simulation grows in biomedical sector; technology set to become part of regulatory approval.
Aerospace Industry Drives Simulation Evolution
Aeronautical engineers now increasingly rely on simulation to perform new, more demanding tasks.
Crafting a Sustainable Engineering Culture
Organizations are embracing new tools and seeding new design practices to promote sustainability objectives and build greener products.
Limits of FEA Automation
As templates and apps broaden simulation’s reach, experts get a new role.
FREE HOT SEAT WEBINAR June 23: Can You Trust Your Digital Twins’ Predictions?
In this Hot Seat discussion panel, learn how to verify the reliability of digital twins and hear about real-world success stories.
COMSOL Company Profile