A Golden Age of GPUs for Design Engineering

How far can GPU acceleration go in enhancing design and simulation applications?

How far can GPU acceleration go in enhancing design and simulation applications? 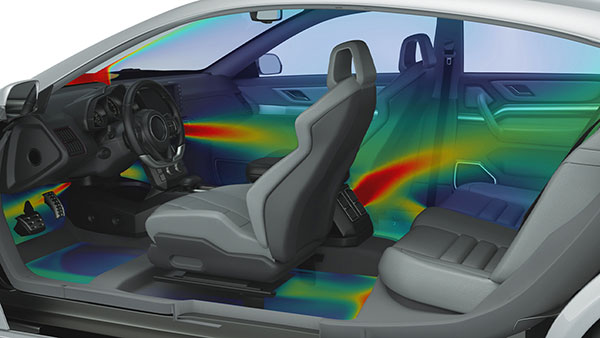 Analysts performing complex CFD modeling and design engineers validating the fluid effects of an early concept can reduce solution times from days to hours and hours to minutes when using contemporary GPUs. Image courtesy of Altair.

In recent years, graphics processing units (GPUs) have transformed engineering. The current capabilities of GPU compute can be considered the start of a golden age for engineering computing, similar to the gains achieved from the first generation of high-performance computing (HPC) clusters; and this golden age is just getting started.

“The software industry, as a whole, has been trying to take advantage of parallelism in computer programming since Intel started talking about threading applications for multicore processors at the turn of the 21st century,” says Kathleen Maher, senior analyst at Jon Peddie Research (JPR). “The challenge is not a matter of what GPUs can do, but how to make them do it. The industry is at a major tipping point that is reflected in ambitious ideas like living digital twins, metaverses of all descriptions and [artificial intelligence] applications for everyday tasks.”

The latest models of the AMD Radeon PRO and NVIDIA RTX GPUs have continued to push the envelope on GPU performance, and increasing competition between the two major providers has benefitted customers through better price/performance ratios.

“The current compute power of GPUs coupled with the rate of improvement between generations makes them a very appealing platform for compute-intensive workload and is one of the fastest growing areas for Ansys development,” says Justin Hendrickson, director of product management at Ansys. “We support GPU acceleration across many product lines as well as GPU-native implementations for simulation and ray tracing in our Discovery, Fluent and Optis product lines, to name a few.” 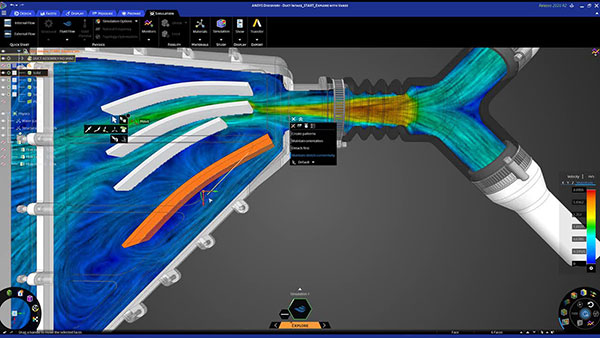 A Game of Cat and Mouse

For most of computing’s history, hardware innovation led the way and software development followed to best exploit capabilities. But the massive increase in GPU compute power has led to role reversal.

“It used to be Intel updated and we all caught up,” says Hector Guevarez, director of workstation portfolio strategy for Lenovo. “Now it is more of a cat-and-mouse game; software improvements push hardware, especially on the GPU side.”

The introduction of NVIDIA RTX technology for real-time display is an example of this, says Guevarez. “Now we see software vendors take advantage and then some. Developers are pushing the envelope in artificial intelligence, machine learning and real time. Things that had to be done in HPC are now done on the desktop.” 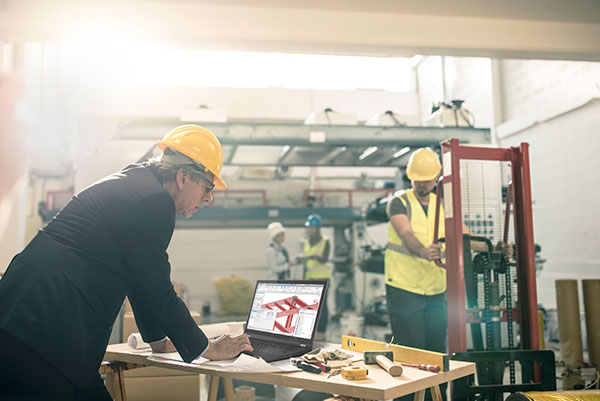 GPUs are not only becoming more powerful, but the power is becoming available in smaller form factors. Image courtesy of Lenovo.

Gains in compute power benefit designers and analysts, says Hendrickson. “When you have significantly more compute power at your fingertips, this obviously allows you to run larger problems in less time, giving the analyst the option to choose increased fidelity or increased throughput.”

Engineers can leverage the increased horsepower to make simulation not only faster but also easier to use, he adds. “They can choose methodologies that are more robust, but perhaps less efficient. We think this is a great fit for simulation upfront in the design process.”

A secondary effect of more robust simulation options is the ability to explore wider design spaces.

“We are also implementing highly efficient and flexible compute architectures for the GPU so that there is flexibility to easily trade off efficiency, accuracy and speed to ideally suit our customers’ needs through the design process,” says Hendrickson.

“While GPUs are commonplace in simulation and rendering, Dyndrite is pioneering their usage as a solution to the growing demands of the digital manufacturing industry,” says Harshil Goel, CEO of Dyndrite. “Like the hi-res images that make up movie reels, advanced manufacturing also requires a stack of high-resolution images that inform machines how to fabricate 3D parts. The high gigaflops, and scalability to GPUs make them especially suited for this task, enabling customers to scale to meet their output needs.”

“[AM] opened up a new design space for design engineers; traditional CAD was a bottleneck to entering that new frontier,” says Trevor Laughlin, VP of product for nTopology. 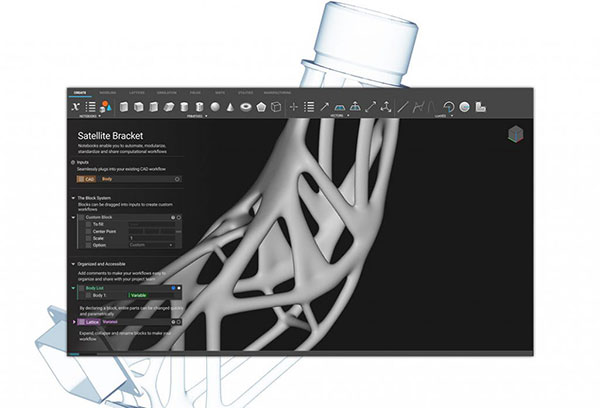 nTopology uses GPU technology to speed up design exploration as part of a Design for Additive Manufacturing (DfAM) workflow. Image courtesy of nTopology.

The company offers a next-generation approach to CAD, using implicit modeling to describe every solid body as a single mathematical equation. The first two versions of the product were CPU oriented; Laughlin says nTopology started investing in GPU acceleration in 2020. When version 3.0 released in 2021, the software’s implicit modeling was ported to the GPU.

“Things that took seconds went to milliseconds,” Laughlin says. “It was an obvious productivity boost.”

nTopology also noticed a secondary benefit of porting their technology on to GPUs.

“We also observed that engineers can change a variable and see the impact in real time. They can build an intuition for the design space as never before,” notes Laughlin. As nTopology moved closer to real-time performance, customers got a better feel for the design space.

“Feedback is more tangible, it gives a better sense of what they are doing. The user can change a variable, see the update in real time and dial it in visually in real time,” Laughlin says.

One Algorithm at a Time

What nTopology is doing is only one example of what the engineering software industry can do with powerful GPU compute resources.

“GPU acceleration can be algorithm specific,” says Laughlin. “We are all looking for the right algorithms. For us it was visual feedback.” For other applications, it could be solver acceleration or real-time photorealism. 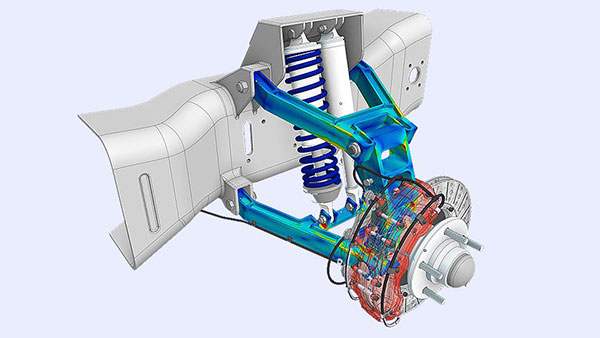 Real-time visualization is increasingly a part of design workflows. Image courtesy of Ansys.

“So many programs for analysis have been written for CPUs,” says JPR’s Maher. “It’s a big challenge tearing up the code to find the opportunities for GPU acceleration, but that is happening.”

Maher notes artificial intelligence and machine learning are also “a juicy area for development because it’s relatively new. The success of AI is driving more work. The cool thing here is that it’s something people often don’t know is working for them.”

One bottleneck engineering software teams face is a shortage of specific programming skills. Laughlin says that nTopology has a team dedicated to GPU acceleration, “which requires specialization to do it right.”

“The rise of GPUs has ignited innovation in programming and has transformed computer architectures,” says Ansys’ Hendrickson. “It’s a cumulative process. The more that’s done, the more that can be done.”

A near-term goal for Ansys and other engineering software vendors is to have solutions running fully resident on the GPU. “We have found that transferring data on and off the GPU is a major bottleneck that limits overall performance,” says Hendrickson.

Ansys Discovery Live already ships with modeling, discretization, solvers and post-processing fully resident on the GPU. “This allows pushing the GPU to its fullest extent and affords engineers unprecedented speed, from design change to updated results. From the perspective of the engineer, total time to get an answer is the critical result, not just the solve time.”

Another growth area for GPUs in engineering is the incorporation of real-time visualization within the engineering workflow, instead of generating renderings as a series of one-offs for design review.

“More is being done with GPU compute, like digital twins, to experience design before it is real, and being done earlier,” says Chris Ruffo, segment lead for architecture and engineering at Lenovo.

“We see incredible demand for real-time workflows,” Ruffo adds. “Not just for pretty pictures but to tell the design story earlier and to use it as a design tool in itself.”

This demand for more realistic design is increasing demand for products that until now have not been considered engineering tools, like the game engines Unity and Unreal. Both now have units devoted to engineering workflow, in both manufacturing and construction.