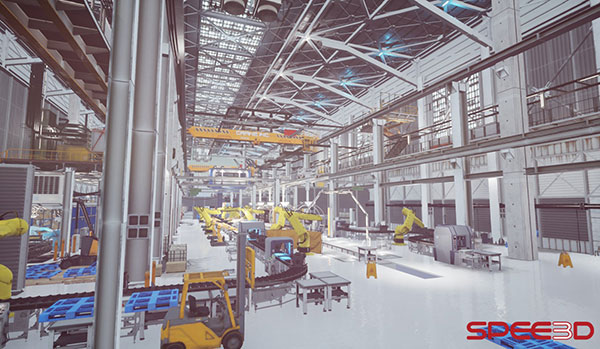 In this multi-level simulator, individuals interact with the same real-world SPEE3D technology and machinery to design, print, post-process and supply metal parts. Image courtesy of SPEE3D.

SPEE3DCraft was built by an in-house team and reviewed by additive manufacturing (AM) experts. In this multi-level simulator, individuals interact with the same real-world SPEE3D technology and machinery to design, print, post-process and supply metal parts.

“It looks like a game,” says SPEE3D CTO and Co-Founder Steven Camilleri. “It has level environments. A time challenge. But at the same time, it’s not really a game because this simulator shows what metal 3D printing actually involves. We are hoping this simulator will provide people a helpful insight into SPEE3D’s processes, how they can use it to benefit themselves and their own industry.”

Over several months, game developers incorporated the process of SPEE3D’s high-speed metal 3D printing technology into a working virtual application. Several environments in the simulator involve actual locations where SPEE3D’s technology has been used and proven to work, such as the Australian outback.

SPEE3DCraft’s official trailer will be released shortly before the simulator’s launch. SPEE3DCraft is planned for release April 16, 2021.