Innovator suite will be available in new SaaS configurations, and with Linux support.

Innovator suite will be available in new SaaS configurations, and with Linux support. 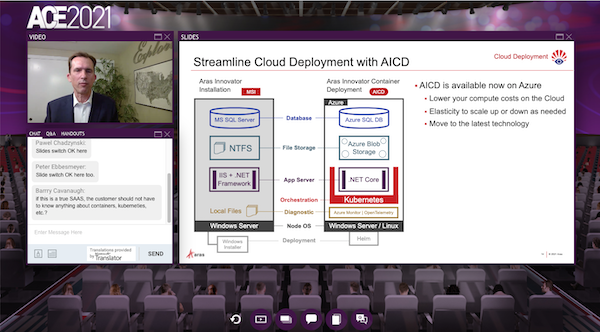 Aras is expanding deployment options for its PLM platform.

Bridge the Gap Between Digital and Physical by Using XR for...
Using Extended Reality (XR) is helping to bridge the gap between the digital and physical...
PTC Advances Closed Loop PLM
Acquisition of ServiceMax keyed to integration of asset and field service management capabilities to extend...
3D PDF Insights From the Theorem Experts
We recently sat down with our UK Account Manager Clair Baxter, and US Account Manager...
Transporting PLM to the Cloud
Cloud-based PLM can provide the flexibility and accessibility needed for digital transformation.
More PLM 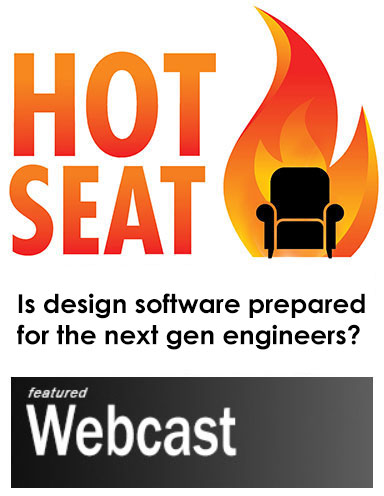 Is design software prepared for the next gen engineers?
Are the engineering software makers keeping up with socio-technological changes to accommodate the next generation?

At its ACE2021 event earlier this week, Aras announced a number of new improvements to its Innovator platform, and outlined the directions its product roadmap will take over the next several years.

“Through 2020, the most common way to deploy Aras Innovator was on site,” said John Sperling, SVP of product management at Aras. “We could also deploy the solution in the customer’s own cloud (public or private) using one or more virtual machines via the MSI installer.”

Earlier in April, the company announced an expansion of its software-as-a-service (SaaS) offerings. The Enterprise Edition provides full customization capabilities in an all-inclusive SaaS format. It includes the full application, along with integration with other solutions (like MCAD and PDM), complete customization capabilities, secure data isolation and upgrade control.

With the change in nomenclature, there is a slo a new way to deploy Innovator. “Installing enterprise software using virtual machines in the cloud is not the best approach,” Sperling said. “We wanted to leverage the modern technology of containers.”

The Enterprise offering leverages this container deployment method, along with the Aras Managed SErvices offering for maintenance. “Everything our users need is provided,” Sperling said of the Enterprise option. “It is important to understand that this is enterprise-grade SaaS that supports the largest, most complex PLM environments. It is not a dumbed-down version of the application.”

The Standard Edition of Innovator (formerly Premier) is a more flexible deployment method for companies that would rather provide their own computing infrastructure, according to Sperling. The Free Edition is only available via the MSI installer method.

Aras DevOps and Aras Managed Services are also available as add-ons to the Standard Edition.

Sperling also noted that Aras is making progress on federation services to reduce the need for custom code when it comes to integrations, and is building out a new web services editor to support graphical drag-and-drop construction of web services. Other initiatives include work on low-code modeling and a configurable user interface. Aras is also working on connectors to MBSE design tools to drive system definition from expert tools. Another new application is simulation management, which provides a foundation to provide visibility into the simulation process and results for non-analysts.

The Aras platform will also be increasingly modularized so that some components can be spun off as stand-alone products. The company already released Enterprise Search in this manner, and plans to release 3D Visualization as a separate product as well.

Finally, Sperling announced that Aras would be moving from the .NET Framework platform to .NET Core to provide cross-platform support for Linux in containers. Aras will provide tools and assistance so that end users can complete the migration work necessary to support Release 14 in Q4 2021.