Autonomous Action on the Tracks 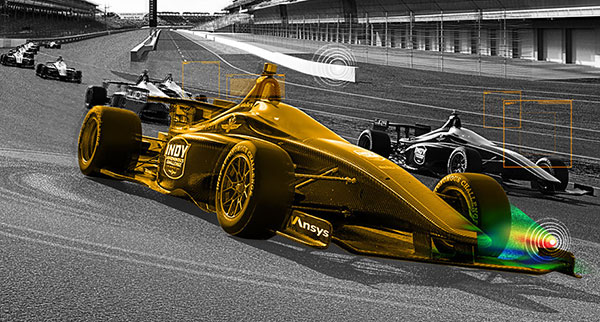 The Indy Autonomous Challenge (IAC) is a global university competition to win the world’s first head-to-head, high-speed autonomous race at the Indianapolis Motor Speedway (IMS). The competing teams are tasked with programming a fully autonomous Dallara AV-21 race car that must autonomously navigate the IMS while out-racing and out-maneuvering the other race cars.

Recently, the IAC took place in Indianapolis, IN. Ansys has not only been a sponsor but has also hosted a virtual race prior to the actual race (bit.ly/3D3IVg7). Ansys software is available to teams to develop their cars in preparation for race day.

John Zinn is the director of global autonomous solutions at Ansys. We spoke to him to learn more about their part in this competition. Here’s our conversation.

Digital Engineering: Can you provide an overview of the Indy Autonomous Challenge (IAC) competition from your perspective, how it came to be and the intent of the program? Who will be participating or who has participated? How many participants have you had or are you expecting? Any demographics of participants?

John Zinn: The IAC is being led by Energy Systems Network (ESN), an Indianapolis-based nonprofit and a branded initiative of the Central Indiana Corporate Partnership (CICP) and CICP Foundation, Inc. (CICP Foundation), working in close collaboration with the (IMS).

Inspired by the DARPA Grand Challenge in 2004, the IAC seeks to inspire the next generation of engineers, encourage students to pursue STEM, accelerate the commercialization of autonomous vehicle (AV) technology and increase the public’s understanding of AVs.

In this groundbreaking event, the university teams are challenged with developing and demonstrating their software designs prior to receiving physical hardware, and simulation software provided by Ansys is the environment in which they can safely test and develop their AV technology.

Before the teams’ race cars are let loose on the real circuit, they must demonstrate their AV controller performance in a virtual simulation environment through the Ansys IAC Simulation race [that premiered] on June 24, 2021. The simulated race gauges each team’s software design maturity to better understand how their controllers may perform in the final on-track race.

The challenge attracted nearly 40 universities from around the world, some of which joined forces to form more than 30 teams. To ensure a level playing field, each team must use the same race car, a Dallara AV-21, and all have free access to the same AV development simulation tools from the Ansys Autonomy suite.

In addition to providing free simulation tools, Ansys, the exclusive simulation collaborator of the IAC, is also working directly with the students by providing training sessions, conducting hackathon challenges and executing this year’s IAC.

This completely virtual race blends real-world physics with virtual reality on a digital replica of the IMS, allowing students to understand how their race controllers will perform before the final on-track race in October. Ansys presented the simulation race winner with a $100,000 cash prize and the runner-up with $50,000.

Zinn: The event is entirely focused on software development to ensure a level playing field when it comes to the hardware.

In the IAC university teams are designing AV software algorithms specifically for this high-speed racing application. Racing provides many unique challenges beginning with competing on a wide track surface without defined lanes. 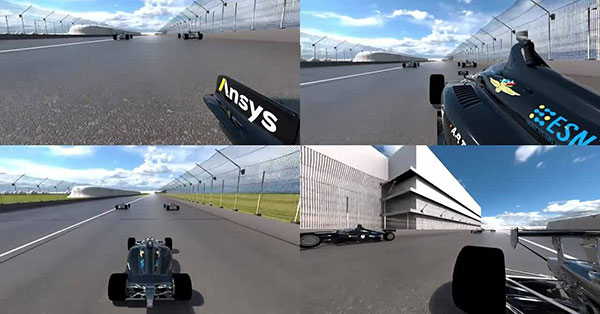 University teams are challenged with developing and demonstrating software designs prior to receiving physical hardware. Ansys software allows them to safely test and develop their AV technology. 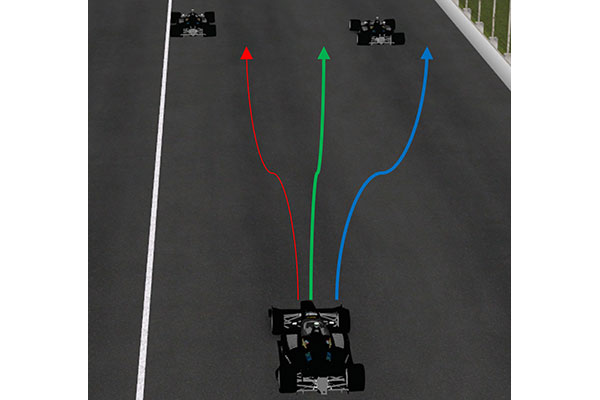 Each team must design a localization module to determine their position on the track, often beginning with GPS data coupled to an inertial measurement unit. On top of this, they must also develop perception algorithms to recognize and position the other race cars on the track using a combination of camera, lidar and radar data. Then prediction algorithms must capture the expected driving behavior of the other competitors to feed planning algorithms that control the behavior of their own vehicle.

Moving beyond these traditional areas of AV development, the university teams must also train their software to sense track conditions and vehicle performance just as a professional race car driver does. As their vehicles are pushed to the edge of performance, teams must monitor effects like tire degradation and the amount of resulting understeer or oversteer so they can adjust their speed and racing line to maintain control all while navigating around other vehicles at speeds of up to 180 mph.

Conquering each of these challenges just allows a race team to operate their vehicle on the track but this is a race, and racing strategy is also an important factor. Teams must also teach their autonomous race cars different racing strategies such as the best racing line on the track, how to modify a racing line if a vehicle takes the inside of a turn or squeezes them from the outside and how to use drafting to accelerate and overtake a lead vehicle. Collectively, these design challenges enable university teams to advance AV technology while they compete in an exciting race event.

Zinn: The goal is for university teams to produce race car-controlling software that enables the Dallara AV-21 to autonomously operate safely and competitively at speeds of up to 180 mph while staying on track at the IMS.

Simulation is critical to allowing the teams to develop the software in a safe, virtual environment, which is why the IAC tapped Ansys to provide its simulation solutions. Ansys produced digital replicas of the race car, complete with its autonomous sensor suite and the IMS.

Another output of the competition is the AV-21 itself, a Dallara-produced vehicle like those used in the Indy Lights series. Retrofitted with hardware and controls to enable automation, the vehicle earned its own unique designation, AV-21. The process by which the automated vehicle sensors and computers will be fused into a singular package and integrated into the AV-21 is being led by CU-ICAR’s Deep Orange 12 (DO12) project.

DE: Does Ansys have a particular stance on adopting an innovation that is linked to the program? What drove them to sponsor the event and coordinate it?

Zinn: Ansys and the IAC share a goal of enabling the accelerated development of software that can overcome barriers to commercialization of fully autonomous vehicles and enhance ADAS in cars under human control. Some estimates say billions of road miles would be required to demonstrate AV safety, a feat that could take centuries to accomplish via physical testing. Simulation is simply the only practical, cost-effective way to accomplish the amount of testing required to make AVs a reality. The same can be said for the IAC—simulation is the only way teams can exponentially innovate and solve the most critical AV design challenges, such as system definition, sensor and hardware development, software development and overall system validation.

And, with 94% of the more than 40,000 annual automotive deaths in the U.S. caused by “human factors,” advancements in vehicle automation have the potential to save tens of thousands of lives. Moreover, according to the Department of Energy, the efficiency gains of automation could reduce overall vehicular energy consumption by 60%, which would help reduce global climate change.

Zinn: Expanding Ansys’ technology to move beyond traditional AV simulation and into AV racing simulation has been an exciting adventure. To better support the race teams, Ansys has used the customization features in the driving simulation software to implement multiple enhancements, including a tire wear model and a drafting model, which simultaneously reduces drag and downforce for pursuing race cars.

In addition, Ansys, using RTI Connext technology, had developed a co-simulation environment to synchronize each independent race team controller with an independent sensor stream, all within a single, large, distributed simulation.