Cat® trucks get the job done with the help of an HPC cluster from Dell EMC.

Caterpillar, the company that introduced the industrial world to autonomous vehicles in 1996, continues that legacy in the Caterpillar autonomous mining program, which is working to take the driver out of the company’s Cat® 793F mining trucks. With a 240-ton payload capacity, these powerhouses are built for the demands of hauling ore and overburden in remote areas—with or without an operator in the cab. 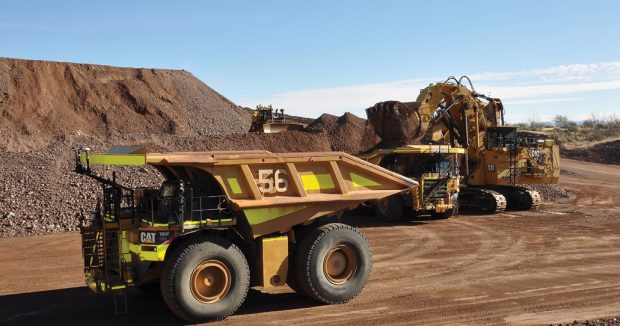 Growing numbers of companies are capitalizing on Caterpillar’s autonomous mining trucks and the system that runs them. Today, for example, there are more than 70 Cat 793F autonomous mining trucks on the job in mines in Western Australia. These trucks are guided by the Cat MineStar™ System, which functions as the brains of the autonomous system. Cat MineStar software manages how each truck goes to each loader, where it takes the material to, and how it avoids other trucks on the site—all without an operator on board.

HPC and Data Analytics on the Backend

An autonomous mining program generates an enormous amount of data and the corresponding need for high performance computing systems to mine through all that data. Caterpillar leverages an Intel-based HPC system from Dell EMC to accelerate time to insights about issues and optimization.

“Once you take the people out of the system, you still have to keep track of any issues that might arise on the trucks,” McCauley says. “Each truck has its own log, and we download that back to our main database. Then we use HPC to mine through that data to make sure everything is going well and as designed. And if it isn’t, HPC gives us the opportunity to dig into that data to find out what could be optimized, so we can address it faster.”

With HPC, the time to insight with large amounts of data is much faster than would be possible with the systems the company’s engineers use in their day-to-day work. How much faster depends on the issue and the amount of data involved in the analysis process.

“I was talking to one of our engineers the other day who told me that if he would have run one of these jobs on his laptop it would have taken him about nine months,” McCauley says. “On the HPC system, it took about two hours. So it’s a pretty dramatic improvement in efficiency.”

When you multiply productivity gains across a large engineering team, the HPC payoff is extremely attractive.