The Maplesoft subsidiary of Cybernet Systems has released the MapleSim Battery Library, an add-on component library for its MapleSim system-level physical modeling and simulation tool. The MapleSim Battery Library, says Maplesoft, enables engineers to incorporate physics-based predictive models of battery cells into multidomain models, allowing them to take battery behavior into account early in their design process. This capability, the company adds, can reduce both model development and analysis time, while producing fast, high-fidelity simulations. 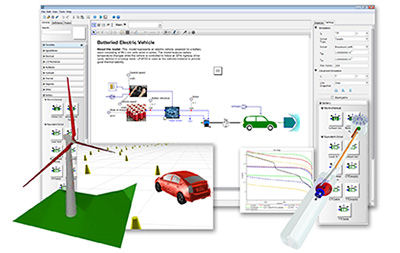 Maplesoft describes the MapleSim Battery Library as suitable for any modeling project involving batteries in applications as diverse as consumer electronics, electric and hybrid-electric vehicles, power electronics and energy storage for power generation. Potential project areas mentioned by the developer include battery load analysis and optimization to maximize the time between charges; HIL (hardware-in-the-loop) testing of battery management systems; thermal modeling and cooling system optimization to stabilize battery temperature; and SoH (State of Health) testing of the effects on charge/discharge efficiency and thermal runaway.

By providing the means to include battery behavior in system-level models, the MapleSim Battery Library helps engineers understand the loading effect on the battery as it undergoes different duty cycles and better predict how the battery will behave as part of the greater system, according to the company. With this information, the company states, engineers can optimize battery and system performance as well as reduce the risk of such undesirable effects as battery overheating. 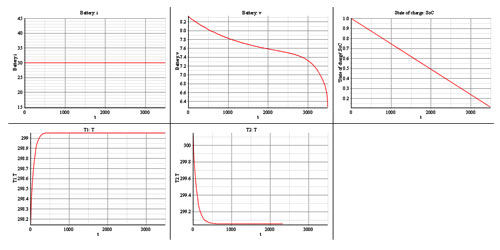 “With MapleSim and the MapleSim Battery Library, engineers now have the tools they need to understand how the battery will behave as part of the overall system early in the design process,” said Paul Goossens, vice president of Engineering Solutions at Maplesoft, in a press statement. “They can optimize the design, and save significant amounts of time and cost by detecting and avoiding problems before they occur.”

The MapleSim Battery Library is available for Windows, Macintosh and Linux platforms running MapleSim 7. Some of the MapleSim Battery Library’s parameter identification tools require the Maple Global Optimization Toolbox option. Pricing, which includes one year of automatic upgrades, begins at $1,995 for a single-user, stand-alone download version, according to the Maplesoft website. Details on multi-user licensing are available from the company upon request.

MapleSim and the MapleSim Battery Library are part of Maplesoft Engineering Solutions, which provides both products and services to help engineers reduce development risk and bring high-quality products to market faster.

For more information on the MapleSim Battery Library, visit Maplesoft.

Read the white paper “Battery Design Innovation: It’s all about the Mathematics.”

Apply for a free, 30-day evaluation of MapleSim here.

See why DE’s Editors selected the MapleSim Battery Library as their Pick of the Week.