The combination of nature and new topology optimization and simulation tools serves up a powerful approach to achieving lightweighting design goals.

The combination of nature and new topology optimization and simulation tools serves up a powerful approach to achieving lightweighting design goals. 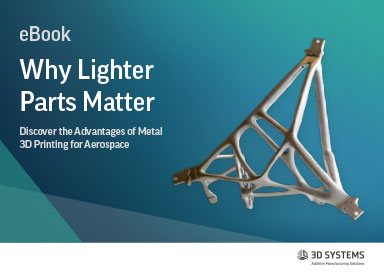 Why Lighter Parts Matter
Discover the Advantages of Metal 3D Printing for Aerospace.

The cuttlefish, however primitive, is one of nature’s greatest inspirations. Scientists have discovered its ability to change its skin’s physical texture in a matter of seconds and its bone structure has evolved to be strong enough to withstand high pressure in the deep sea despite a relatively lightweight structure.

It’s no wonder, then, that researchers and engineers are looking for a little inspiration from the cuttlefish to develop unique lattice structures to lightweight traditional components in aerospace and automotive applications, among others.

Although the practice of biomimicry has long been used as a muse to inspire creative engineering, there is a small, but growing body of work underway to meld biomimicry principles with the latest simulation and generative design tools to unleash nature’s time-tested work on specific engineering challenges.

The complexity of modern engineering challenges such as creating lattice structures to achieve lightweighting and other functional design objectives demands an alternative approach to the traditional trial-and-error processes. “Nature evolves and creates a better design each time that is lighter, faster or stronger, but it takes a long time, lots of iteration and generations of failed designs,” says Steve Pilz, director of additive manufacturing engineering at ANSYS. “Engineers can save time on iteration by using nature as the starting point.”

Using nature as a foundation was the idea behind a research effort conducted by a mechanical and materials engineering team at South Dakota State University. Their objective was to use topology optimization to create optimal lightweight lattice structural composites by drawing inspiration from cuttlefish bones.

Cuttlefish bone was chosen as the biomimicry starting point, given its exceptional combination of desirable mechanical properties, including high compressive strength, high porosity and high permeability—all desired attributes for engineering and biomedical material applications, says Zhong Hu, one of the report’s authors and a professor of mechanical engineering at South Dakota State University. “The goal was to take the structure and optimize it,” Hu says. “We wanted to come up with a similar structure so we could understand why the cuttlefish bone was strong.”

Because the cuttlefish bone structure is said to have been optimized over millions of years of evolution, Hu’s team of researchers didn’t necessarily know exactly why the materials were optimized in a specific way or at all for their specific lightweighting materials application. 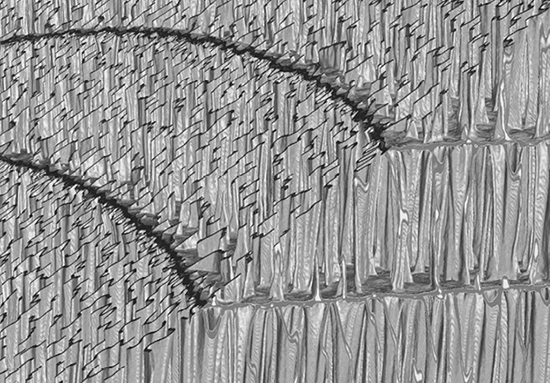 As a result, Hu and his team enlisted ANSYS topology optimization software to explore how the materials were optimized for a specific environment and more importantly, how to further evolve the lattice structure materials for specific applications, including fabrication and scale-up for real-world engineering use.

Although topology optimization tools like ANSYS are used widely in isotropic material design, there has been far less exploration of their applicability for design of anisotropic materials such as fiber-reinforced composites.

For this particular effort, Hu’s team started with 3D periodic lattice blocks, which initially used the cuttlefish bone microstructure as inspiration. From there, the ANSYS tools were used to optimize the topology of the predefined 3D block composite structures, and the mechanical properties of the optimized lightweight lattice structural composites were then characterized by compression testing through additional simulation using ANSYS tools.

The topology optimization process was necessary because you can’t apply the cuttlefish microstructure to lattice composite design as a one-to-one fit. “You won’t be able to come up with the biomaterial structure of nature because evolution is complicated,” Hu says. “For example, you can’t duplicate bone structure exactly because you don’t have bone material.” In addition, natural unit cell patterns like those of cuttlefish bones have varying structures, which would be impossible to replicate without additional exploration, he says.

In fact, ANSYS’ Pilz argues that biomimicry on its own is not really a valid engineering approach at this stage, but rather a foundational principle for unshackling engineers from conventional design constraints. The reason, as Hu’s team found out, is that humans don’t necessarily understand the boundary conditions and constraints that nature inherently knows so well. Take bamboo or grass, for example, which are common lightweight structures that engineers use for inspiration.

“They are strong and can resist wind loads, but they also have to perform more than holding the structure upright—they need to transport fluids and nutrients as well,” he explains. “Therefore, what is the optimal shape for transporting nutrients and how do you combine that with the optimal shape for resisting torsional wind loads? If we just took a cross-section of the stem of the plant, it might be optimized for something we might not need because our understanding of what nature is using to optimize is far from complete.”

On the other hand, he argues that topology optimization is the better approach to achieving lightweighting and other design objectives, invoking biomimicry principles for inspiration and as a checkpoint for validation.

“Rarely do we see topology optimization produce a structure identical to nature,” Pilz says, suggesting a different design workflow whereby engineers copy a structure in nature like a dragonfly wing, model it with 3D design tools and use (finite element analysis) to validate what the lattice structure achieves. At that point, it’s time for topology optimization to make improvements. “It could help create the next iteration rather than waiting for nature to create a better dragonfly wing,” he says. “(High-performance computing) can work faster than nature can.”

Dhruv Bhate, an associate professor for additive manufacturing at Arizona State University, goes even further, arguing that biomimicry of nature’s cellular materials and structures should not just be limited to lightweighting objectives, but also help achieve multifunctionality in design goals.

Because topology optimization and generative design have significantly advanced over the last few years and are accessible to more engineers, he argues they can achieve today’s lightweighting objectives, and leave biomimicry principles for higher-level, multifunctional engineering goals.

“Most people are integrating lattice into structural components just to reduce weight, but there are other ways to achieve that, like with topology optimization,” Bhate explains. “For biomimicry to justify its value in a highly machine-driven environment for design, you have to be asking questions that go beyond the realm of transitional design and go down avenues we’re not typically thinking about in terms of multifunctionality.”

There are other challenges to combining biomimicry principles with topology optimization in pursuit of the design of lattice structures to achieve lightweighting goals. The complexity of the current generation of tools for creating lattice structures is one big hurdle, according to Andreas Vlahinos, principal at Advanced Engineering Solutions, an engineering service provider. Most available tools lack a complete taxonomy of lattice structures, and what is available is not well-organized, making it difficult for engineers, most not familiar with the concepts, to select the right lattice structure.

“There is not enough guidance for selecting the right lattice for the right job,” he says. “We need more (artificial intelligence) capabilities in these tools to guide the user to what lattice structure to use—nature has lots of experience, engineers don’t.” 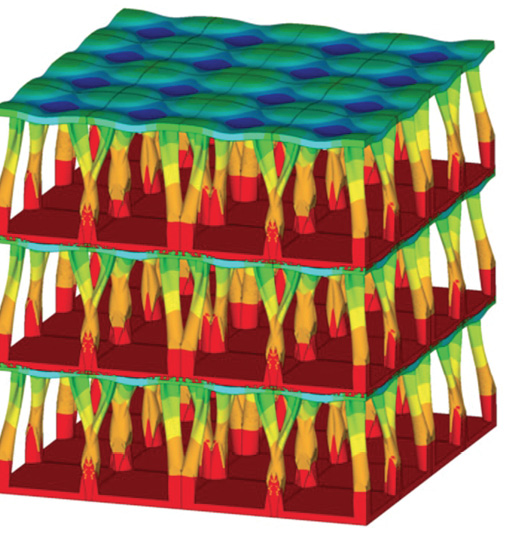 There is also still a disconnect between the lattice structure generation software and topology optimization. Vlahinos contends that tighter integration between the two toolsets would streamline the engineering workflow and lead to more widespread use of lattice structures for lightweighting applications.

“What’s needed is lattice generation driven by topology optimization, not humans,” he says. “Humans don’t have enough information and brainpower to tell the lattice structures we have high stress here so make this wall thicker. There are millions of these little beams, and we can’t go to each one to make adjustments. We want that driven by topology optimization codes.”

Finally, education and exposure—both for topology optimization’s potential and where and when biomimicry principles are important—are crucial to getting engineers to embrace a different mindset along with the new generation of tools.

Beth Stackpole is a contributing editor to Digital Engineering. Send e-mail about this article to DE[email protected].