The Case for Professional Engineering Workstations

Professional workstations are crucial to design engineering, and they’re affordable.

There is a tremendous opportunity for you to create more innovative product designs more efficiently, providing incredible value to your company, all by simply upgrading to a professional engineering workstation. Professional workstations are more powerful and more affordable than ever, but not everyone realizes the impact they can have. Make the case for professional engineering workstations by focusing on what they would mean to you, the design engineer, your colleagues in the information technology department, and your managers.

Every job performed by design engineers and their co-workers in other departments is important, but they don’t all require the same tools. Andy Rhodes, executive director of Dell Precision workstations, puts it this way:

“A surgeon doesn’t wake up in the morning and pick up a kitchen knife and go to work to perform brain surgery,” he said when introducing the new Dell Precision M2800 mobile workstation. “They use a scalpel. The two things are both knives, but one is a professional tool for a professional job. That’s the same thing happening on the workstation side. They are professional engineers, but they don’t have the professional tools to do their jobs.” 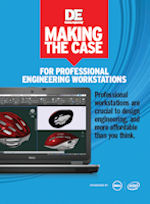 Without the right tools, design engineers are frustrated by small delays that pile up as they wait for a model to rotate or miss key details while a visualization stutters. What’s worse, today’s larger, more complex models can overwhelm older hardware and cause inadequate systems to crash.

The M2800 and its desktop counterpart, the Dell Precision T1700 promise workstation performance at a breakthrough price. For design engineers, that means they are built with professional-grade Intel processors, a choice of GPUs, higher-quality memory, and redundant storage to improve reliability and performance. In fact, the M2800 was shown to perform better than a Dell Latitude business class laptop equipped with the same processor and RAM in all the verticals tracked by the SPECwpc benchmarks, including manufacturing and engineering.

Professional workstations are also independent software vendor (ISV) certified to run the latest engineering software, such as AutoCAD, SolidWorks and Creo. In fact, Dell’s ISV certifications can cover 90% of the market on some models. The Dell Precision Optimizer, which isn’t offered on consumer-level PCs, automatically ensures those ISV applications are running at their maximum potential by fine-tuning Dell Precision workstations beyond standard factory settings. For example, SPECapc benchmarks show the Dell Precision Optimizer can boost the performance of PTC’s Creo by 121%.

IT Can Empower Power Users

Workstations are designed for easy deployment, maintenance and expansion. Details like the handles, easy-access front hard drives and tool-less features on some desktop models save deployment and expansion frustrations. Likewise, professional workstations are also designed to require less maintenance. For example, the M4800 and M6800 mobile workstations are equipped with dual fans and an advanced cooling design for better reliability. With better quality components, workstations can work 24x7, improving efficiencies by speeding up design work during the day and running complex analyses at night. 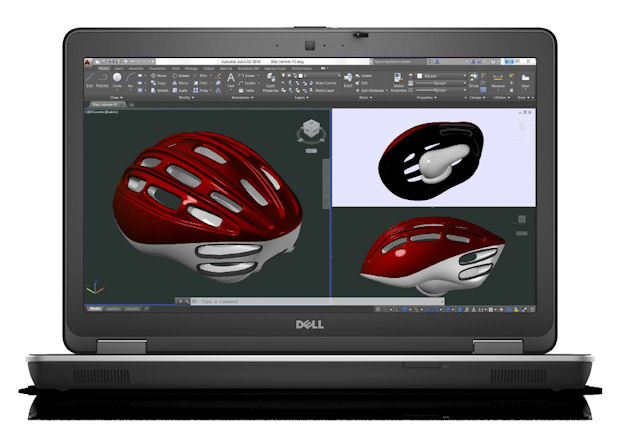 The Dell Precision M2800 is a professional engineering mobile workstation that, as of Oct. 1, 2014, could be purchased for as little as $1,079. Screen image courtesy of Autodesk.

Professional workstations also offer options to further decrease downtime. Dell’s Reliable Memory Technology (RMT), for one, will quarantine memory errors discovered by Error Code Correcting memory. After a reboot, RMT prevents the workstation from writing to areas of bad memory. That reduces system crashes, lost data, IT service calls and improves productivity and extends memory life. Plus, the Intel® Xeon® E3-1200 v3 product family includes Intel® vProTM technology, which makes it as secure and manageable as any PC in your organization’s fleet.

In addition to workstation performance tuning, the Dell Precision Optimizer is also a boon to the IT department. It can save IT administrators time by categorizing updates, enabling automatic updates of Dell-certified drivers and allowing administrators to filter updates by type and urgency. It also allows engineers to easily monitor their own systems’ utilization and send analysis reports to IT who can then verify whether they have the correct system configuration.

Executives and managers want to boil productivity gains into hard numbers. They want to know how fast an investment will pay off in accelerated time to market, competitive advantage, and better quality products that help eliminate recalls and returns.

Companies can’t profit from compute-intensive engineering workflows like simulation-led design if engineers are forced to take a coffee break every time they try to manipulate a large CAD file or run a simulation.

“The world is still in this place where sometimes a hardware purchase is not being allowed for the right set of technology because of cost,” said Dell’s Rhodes. “If you just look at a CAD engineer with an average salary of $70,000, look at the ROI of providing them with a first-class workstation. The time it saves them while doing their job—it pays for itself in about three to four weeks.” 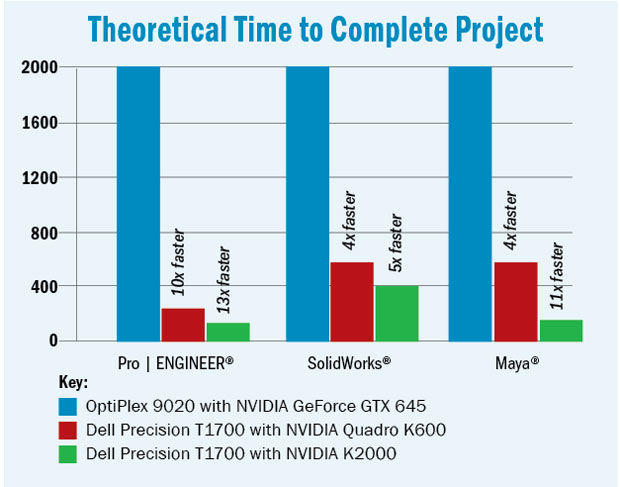 “If you’re an engineer and your system is rendering, you’re not an engineer,” says Rhodes. An engineer who isn’t doing any engineering is an expensive resource.

If design engineers’ computers are not professional workstations, they’re not hitting peak efficiency in simulation-led design workflows. A simple upgrade to a professional workstation with the latest design software is the right tool for the engineer’s job. It will improve engineering and IT productivity, quickly pay for itself and allow your company to compete. 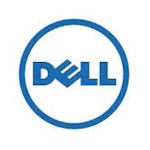 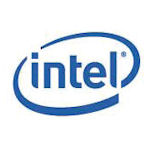