For the first time, components can be printed directly from the CATIA V5 CAD system, according to CENIT.

For the first time, components can be printed directly from the CATIA V5 CAD system, according to CENIT. 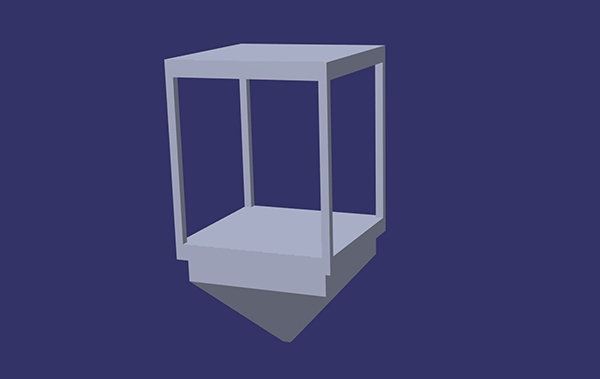 The European “Bionic Aircraft” research project has reached yet another milestone for additive manufacturing: For the first time, CENIT reports that components can be printed directly from the CATIA V5 CAD system. This is made possible with the interface developed by CENIT. All process steps, including post-processing, can be mapped in CATIA V5. Now, exact data is available in CATIA V5 for removing the support structures during 3D part post-processing.

“Support structures of additive manufactured components should not be removed manually in series production, but instead with NC machines,” Jochen Michael, senior consultant at CENIT, says. “When creating NC programs of this type, the STL format, which in the past was used primarily for the representation of component and support structures in the 3D print data chain, is inadequate, because it can only represent the geometry imprecisely. In that case, the model and support structures must be reconstructed for refinishing, resulting in unnecessary expense. We can prevent this with the 3D print from CATIA V5 directly, because the exact geometry data for this post-processing is already available.”

For the 3D print to be successful via CATIA V5, CENIT provides support to the engineer in the preparation of data from topology optimization. During topology optimization, in a computer-aided process, the material for the component is reduced to the amount that is necessary to meet the requirements. The CATIA V5 Slicer, newly developed by CENIT, then slices the component into layers. The contours of these slices are sent directly to the 3D printer via the post-processor developed by CENIT.

Another positive interim result of the Bionic Aircraft project: The Fraunhofer Institute for Additive Production Technologies IAPT, has developed optimized support structures. Support structures provide the needed support to additive manufactured components at certain areas, for example at overhangs, and must be removed after the 3D print.

“Thanks to an optimized geometry, the new support structures do not need as much powder. We were inspired by nature, which is known for its material efficiency. The hierarchically branched structures with gradients that were created as a result reduce powder consumption by 70 to 90 percent as compared to conventional support structures. This allows us to save material and reduce production costs at the same time,” says Melanie Gralow of Fraunhofer IAPT. “An additional benefit is that they can be removed easier than conventional support structures. This makes post-processing faster, reducing the risk of damage to the component when they are removed.” The optimized structures are set up in CATIA V5 directly.

Since 2016, the objective of the “Bionic Aircraft” research project funded by the European Commission (grant number 690689) has been to reduce emissions in the aviation industry. Ten international consortium partners from industry, research and development, among them also the IT specialist CENIT and Fraunhofer IAPT, are collaborating to come up with new methods and concepts. In this project, 3D print and bionic design play a role in efforts to reduce the weight of aircraft components, thus reducing fuel consumption.