The design process for a smart battery is pictured. Illustration courtesy of Accutronics.

The design process for a smart battery is pictured. Illustration courtesy of Accutronics.

Consumers live in a world surrounded by smart products—from phones to cars to homes. But sometimes, it’s not just the devices that have the smarts. Ever since the standard for smart batteries was created in the ’90s, engineers have been able to provide power more efficiently and gain lifecycle data in the process—but the standards aren’t always followed.

“The idea behind [the smart battery] was that many different chemistries appeared,” says Isidor Buchmann, CEO of Cadex Electronics. In having more communication among different battery components, standardization would ensure that the correct charging algorithm would be applied for optimized usage. 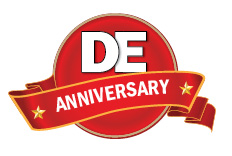 Accurately predicting the operating temperatures of critical electronic parts at the component-, board- and system-level, however, often presents a daunting challenge, even with powerful simulation technologies like computational fluid dynamics (CFD) based thermal analysis software.

One major reason for this challenge is the general shortage of reliable models for important components such as ICs, heat sinks, and fans. Even when thermal models do exist, the models are usually derived from one set of test conditions that may not represent the actual operating environment of the device.

The capabilities of batteries are also changing, Buchmann notes. Some battery chemistries are now capable of being charged to a higher voltage without experiencing damage. With a smart connection, the charger is able to instruct the battery for longer runtimes and an increased voltage count.

For a battery to be classified as smart, it must meet the requirements of the Smart Battery Data Specification (SBDS). This specification defines the data that flows across the SMBus (system management bus) between the Smart Battery, SMBus host, Smart Battery Charger and other devices, according to Neil Oliver, technical marketing manager at Accutronics, a manufacturer, designer and developer of batteries and chargers for medical devices. This gives a certain level of communication between the equipment and user.

“Using smart batteries means that most of the heavy lifting is done within the battery itself—the device can simply request the information it needs and little or no math needs to be done on the device side,” Oliver says.

The classification system has several requirements to separate them from standard batteries. Smart batteries will have a chip to set the correct charging algorithm. The measures below are designed to add extra safety and security.

• Fuel gauging: The battery fuel gauge contains an accurate ADC (analog to digital converter) to measure voltage, current and temperature. The smart battery monitors charge going in and out of the battery to predict its capacity. For this, most manufacturers will offer IC (integrated circuit) chips.

• Charge control: The battery broadcasts its charging voltage and charging current requirements to a compatible smart charger. The charger responds accordingly. The battery may amend its requirements during the charge phase depending on the environmental conditions.

• Protection: Although not part of the smart battery standard, most smart batteries have active protection systems to ensure the battery remains safe during charge, discharge or storage.

• Authentication: Many knockoffs will use low-grade components and corners may be cut in design and manufacture. Unfortunately, when the device being copied is a complex energy storage device such as a battery, the safety implications can be severe. OEMs can protect themselves from using copycat batteries through SHA-1 (secure hash algorithm) authentication.

Some batteries may also include the ability to measure the amount of energy that the battery can take and release—also known as a coulomb count—that allows engineers to effectively measure the state of health for the battery.

Additionally, having a charging algorithm (or charge control) enacted provides a greater layer of safety, says Buchmann. “[It helps] the battery not be stressed by applying a false charging algorithm. Most importantly, you only charge the battery until full, and every charger has to have a shutoff mechanism so the battery doesn’t overcharge [or] overheat,” he says.

Beyond taking advantage of these different functions, designers must figure out how to integrate the battery into a product. When specifying the proper battery, look at qualities such as cost, safety, component availability, regulatory compliance and aesthetics.

Additionally, it is imperative to understand the power budget of the device while examining the background current, current peaks, operating environment temperature, expected lifetime and even serviceability of the battery.

According to Oliver, designers need to take a holistic approach to consider the battery as part of the system and not treat it as an inconvenience. If it’s not integrated as part of the upfront design process, teams run the risk of it being an afterthought—resulting in an underperforming battery.

Even with the SBDS, more manufacturers are finding variation among smart batteries to fit different types of medical, aerospace and consumer devices. While custom battery designs may offer a better energy usage and design integration, companies may find it more cost-effective to use already available designs. Even so, engineers must consider long-term availability of components when creating a device because the variety of available components is constantly changing.

“Ten years ago, battery companies would design the cell that would go inside the battery, they were all standard sizes, and you would design them to an international standard,” says Oliver. “In the rechargeable market, there are certain cell sizes readily available, but the newer cell sizes that are coming on the market are very much driven by the needs of consumer electronic products.”

Buchmann says compatibility issues between the batteries and chargers exist in the industry today. “They had really good ideas in the 1990s, but then the protocol wasn’t strongly enough managed and now we have different versions—a very basic level one, level two and level three. So there is some compatibility, but not total compatibility,” he says.

To address this, there are a number of hybrid chargers out on the market that can work with both smart and regular batteries.

Just as engineering teams are dealing with data generated from connected designs, there are still challenges when addressing smart battery data readings. “There are quite a few batteries that have been smart for a long, long time, but the smart is not [necessarily] being used,” says Buchmann. “We see a lot of medical applications where the battery has a two-year usability, but when we replaced it after two years, they still had over 90% capacity left.”

To help engineers collect more accurate data, Cadex is developing the Battery Parser, which establishes the production of intrinsic battery data for an accurate state of function reading. What this would do, Buchmann explains, is deliver a threshold of how much energy the battery could actually hold—potentially providing a longer lifecycle and a more accurate reading on when it is best to replace the battery. “We’re proposing putting the intelligence in the charger,” he notes.

Rechargeable batteries are key to sustaining the march toward more mobility in markets ranging from wearable consumer electronics to electric vehicles. By specifying smarter batteries and using their in-field data to improve designs, engineering teams can continue to create in demand, innovative mobile products.