Configuring the Right Workstation for nTopology 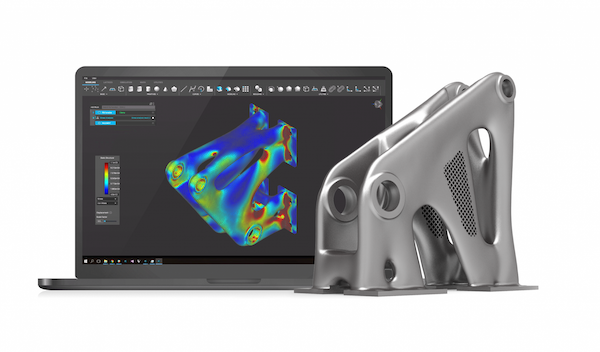 Over the past several years, nTopology has rapidly emerged on the forefront of simulation-led design. The nTop platform combines synthesized geometry and simulation results to create high-quality models. The company specializes in helping customers create lightweight and highly optimized parts.

Founded in 2015, the company has raised a significant amount of venture capital and counts Lockheed Martin, Raytheon, and BMW among its client list. The software has been leveraged to help create better, lighter parts, often for 3D printing applications, but its optimization tools can be used across manufacturing technologies. The company has partnered with key 3D printing companies like Stratasys and EOS, as well as traditional simulation and design software providers like Ansys, Siemens and Dassault.

The most recent release of the software (nTopology 3.0) introduced GPU acceleration for seamless interactivity. With GPU acceleration, the company says that nTop users will have an instant performance boost when visualizing workflows that use complex field-driven geometry, preview design changes in real time and regenerate parts with complex geometry in seconds.

nTopology has also been working with NVIDIA to test its RTX A5000 graphics cards with the software. According to nTopology CEO Bradley Rothenberg, “nTopology was developed from the ground up, fully utilizing multi-core compute, to enable engineers to design high performing products. nTopology 3.0 includes GPU acceleration for the first time, allowing engineers to work significantly faster and see the impacts of their changes in real-time, even on the most complex models. This allows for faster learning and building intuition around implicit modeling, a paradigm shift in design. In our early testing with the NVIDIA RTX A5000, we’re seeing performance improvements up to 100x versus a 32 core CPU.” 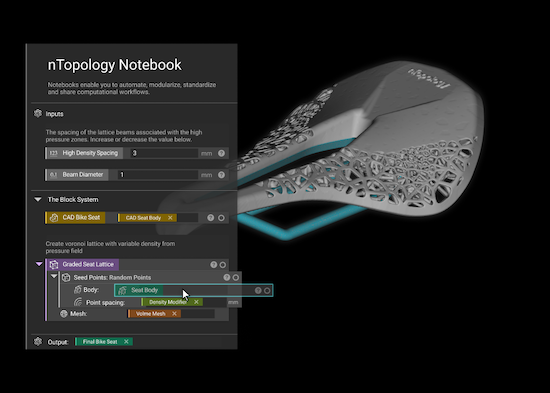 We spoke to nTopology Product Marketing Manager Alkaios Bournias Varotsis about the hardware requirements for running the nTop software.

You can also learn more about nTopology System Requirements on the company support site.

Alkaios Bournias Varotsis: nTopology will run on almost any modern system. Our implicit modeling engine — the core technology that our software is built upon — is extremely lightweight when compared to the traditional CAD or mesh-based geometry engines. Also, our team invests heavily in developing software that fully utilizes your system’s resources. In practice, this means that multiple instances of nTopology can be run in parallel without taxing your hardware.

In fact, people who haven’t seen nTopology in action before are often amazed by the number of instances that our engineers run at a time during demos and training workshops.

That being said, there are a couple of challenges that our customers face when trying to run nTopology in older systems:

When it comes to hardware configuration, we still  encounter customers using out-of-date GPU cards that are not OpenGL 4.3 compliant. This is not very common though as OpenGL 4.3 was released in 2012.

Another common challenge when running the software is using an unsupported Operating System (OS). nTopology runs on Windows 10. While it may be possible to run nTopology on macOS and Linux through a virtual machine (as long as it supports GPU passthrough), we cannot guarantee optimal performance or diagnose technical support issues. 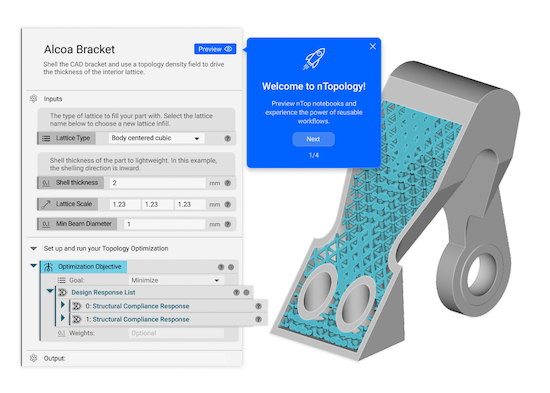 How does nTopology compare to other solutions users may already be familiar with, in terms of workstation requirements/compute resource requirements?

Varotsis: A typical CAD workstation is more than capable of running nTopology. In fact, our core implicit modelling geometry engine is so lightweight that our team internally is sometimes running nTopology on mid-tier laptops for workflows that do not involve heavy FE simulations.

Here is a list of nTopology system requirements (Note—minimum specifications are required to meet functionality and stability demands):

Are there recommended specifications on workstations for using an SSD (Solid State Drive)  vs. HDD (rotating Hard Disk Drive), the amount of RAM required, the CPU, and the GPU? How has that changed for the latest version of the software?

Varotsis: An SSD increases the overall performance and reliability of your system over an HDD and that’s why we recommend them with M.2 SSD providing the highest performance. Yet, drive selection is not the most important system component when running nTopology.

If users intend to run extensive FE simulations, we recommend using 64GB RAM or more. This will speed up significantly any FEA or Topology Optimization workflows.

While nTopology 3.0 does not require more advanced GPUs than previous versions, users will see a greater impact when investing in more GPU power.

Varotsis: With the nTopology 3.0 release, we have added some advanced capabilities that greatly improve the performance of visualizing implicits.

nTopology follows the traditional breakdown of engineering software: all important computations take place on the CPU, and the GPU is used to visualize it. Those operations on implicit models are mathematically very different from traditional CAD, allowing us to use all available CPU and GPU cores.

When performing edits to our models (including those that contain CAD parts, meshes, and lattices) we switch to GPU computation so the user can see the real-time changes. By taking a few shortcuts, we can make these updates 10-100x faster on the GPU than on the CPU. 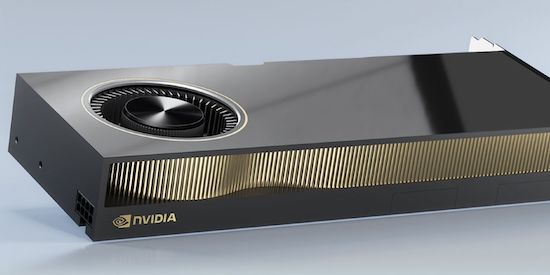 The NVIDIA RTX A5000 GPU. Image courtesy of NVIDIA.

What about monitor selection—anything users should know?

Varotsis: There are no technical requirements related to monitor selection. Generally, we recommend a dual monitor setup for increased productivity, but this is not a requirement.

If running nTopology on a remote machine, network performance can have an impact on graphic latency. nTopology does not take advantage of the Message Passing Interface (MPI), so RDMA or Infiniband network fabric is not necessary.