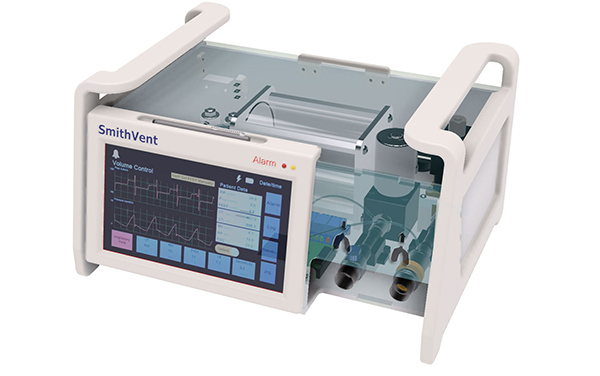 CoVent-19, the ventilator design challenge launched in April, came to an end this week. The winner is SmithVent, designed by a 30-person team from Smith College, according to the event organizers' press release.

The design challenge, hosted on GrabCAD and cosponsored by additive manufacturing (AM) systems maker Stratasys, was launched in April as “an open innovation effort to design a rapidly deployable mechanical ventilator.”

The challenge was launched by Richard Boyer, MD, Ph.D., an anesthesiologists at Massachusetts General Hospital. (Read our previous report on the launch of CoVent-19 here.)

Seven finalists were selected for the prototyping and testing phase. This week, three winning designs emerged.

Just 3 months ago, we began our mission to deliver rapidly deployable #ventilators to the world.

213 entries from 43 countries, and 7 finalist designs later, we are THRILLED to announce our WINNERS! pic.twitter.com/doSZW9omEd

“The SmithVent design, which is one-tenth the cost of traditional ventilators, combines economical proportional solenoid valve technology with an air-oxygen mixing chamber to meet the full set of requirements for COVID-19 ventilation. The team relied primarily on readily available, off-the-shelf components, which reduced custom machining and improved compatibility with other medical equipment. The enclosure, ISO fittings, and mounting blocks can be produced using FDM or stereolithography 3D printers. The design is open source for anyone to use and improve,” the organizers remarked.

The second-place winner was the InVent Pneumatic Ventilator, designed by the San Francisco-based fuseproject and medical-device startup Cionic.

The third-place winner was RespiraWorks, submitted by an international team.

“The three winners will receive a total of $10,000 in credits for 3D printing from Stratasys, which also provided access to free 3D printing and a team of three application engineers for the seven finalist teams building their working prototypes,” the organizers announced.