Cura 5.0 Gets the Details Right 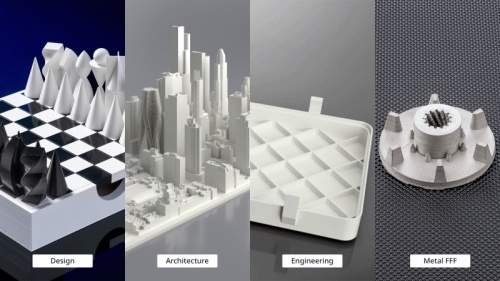 3D printing continues to advance and gain traction, yet there are hurdles to mainstream adoption—a big one being the need to modify designs to make 3D printing work, often sacrificing features as well as the original design intent.

Ultimaker’s Cura free and open source slicing software has been in the forefront of helping users realize better prints. The latest Cura 5.0 version, released into beta test, builds on this foundation with a new and improved slicing engine designed to turn out parts with finer details and to ensure more accurate and stronger prints, officials say.

The new slicing engine raises the bar for creating finer and faster 3D prints through a variable line width capability that enables output of parts with thin walls and fine details. Previous versions required sliced files to utilize consistent line widths, the exact width depending on the nozzle diameter and line width settings used. As a result, if part of the print called for dimensions that were two-and-a-half lines thick, Ultimaker Cura would generate two lines and leave a small gap in between, which resulted in small gaps in the final part. In cases where the details were less than one line thick, parts could not be printed at all.

The new slicing engine enables line widths to be dynamically adjusted during the print process, ensuring fewer gaps between lines, more efficient toolpaths, and greater accuracy when printing walls and fine details. The result of this auto scaling, officials say, is stronger and more attractive parts—a solution for one of the most common shortfalls of Fused Filament Fabrication (FFF) 3D printing.

Other improvements of the latest Cura release include faster print profiles for owners of Ultimaker printers, support for Apple M1 chips, an improved user interface, and streamlined integration with Ultimaker Marketplace.

To get the full details at the Ultimaker Cura 5.0 launch event, check out this video. 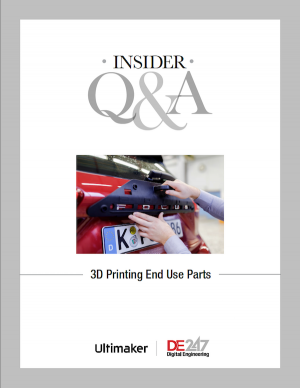 Insider Q&A: 3D Printing End Use Parts
In this Insider Q&A, the experts at Ultimaker explain how 3D printing can be used for spare parts, jigs and fixtures in a production environment.
Partnership Forged Between America Makes and Ultimaker
As part of partnership, Ultimaker plans to donate 3D printers for use in middle and high schools to advance additive manufacturing.
Editor’s Pick: Print metal on plastics printer
Ultimaker Metal Expansion Kit for Ultimaker S5 enables a switch between thermoplastic and metal printing.
Editor’s Picks: June 15-24, 2022
One of the picks will be chosen as DE’s Editor’s Pick of the Week.
Ultimaker Offers Metal Expansion Kit
Users can efficiently switch between printing plastic and metal on one 3D printer.
MakerBot and Ultimaker Merge Entities
The merger has secured additional funding of $62.4M to advance global 3D printing innovation.
Ultimaker Company Profile