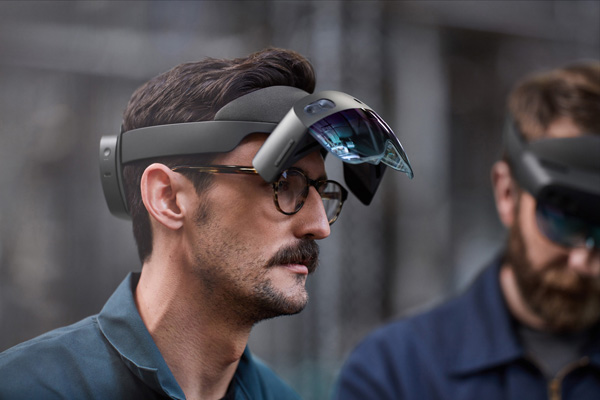 Nextech AR Launches AI-Powered SaaS Software Platform
Toggle3D is a standalone web application enabling product designers and 3D artists to create,...
Augmented, Mixed or Virtual Reality
The adoption of extended reality (XR) technology in engineering and manufacturing is accelerating at a...
TeamViewer and Siemens Offer Augmented and Mixed Reality solutions
This collaboration allows Siemens' global customers to improve their product development process based on immersive...
AR, MR or VR: Which Technology is Right for your Engineering...
Augmented, Mixed or Virtual Reality? This is a key question. You will need to understand...
More Augmented Reality

Microsoft has announced pricing options, both for the device itself and for a combo package that includes a communication app.

NVIDIA Gets Ready for GTC

Next week, the GPU Technology Conference (GTC) hosted by NVIDIA returns to San Jose. Though historically a graphics accelerator developer, NVIDIA has significantly expanded its domain. (See NVIDIA to Acquire Mellanox for $6.9 Billion). It has now dubbed GTC as “The Premiere AI Conference.”

Chaos Group will be among the exhibitors at GTC. The company is poised to participate in talks and showcase its latest plug-in—V-Ray Next for Rhino. There's good news for Rhino plug-in Grasshopper user as well.

The long-running Congress on the Future of Engineering Software (COFES) comes to the heart of the Silicon Valley this year. Now run by COFES Institute, a nonprofit, the show promises fresh content and a celebration of its legacy. The show has also announced keynote speakers and locked in big name sponsors.