Dr. Stucker was previously employed by Ansys, where he served as director of Additive Manufacturing (AM) and as distinguished engineer.

Dr. Stucker was previously employed by Ansys, where he served as director of Additive Manufacturing (AM) and as distinguished engineer.

In a step to expand its thought leadership in additive manufacturing, 3D Systems announces that Dr. Brent Stucker is joining the company to serve in the newly created role of chief scientist.

Dr. Stucker was previously employed by Ansys, a company devoted to engineering software solutions, where he served as director of Additive Manufacturing (AM) and as distinguished engineer. Stucker joined Ansys following their acquisition of 3DSIM in 2017, a software simulation company that he co-founded and led as CEO. 3DSIM was the first AM simulation company and a pioneer in the use of simulation for process control and optimization of 3D printing, according to 3D Systems.

Dr. Stucker’s distinguished career has ranged from the development of advanced materials and printing technologies, spanning healthcare, industrial and biomedical markets, to software for process control and simulation. He has become an icon in the AM industry, publishing more than 200 peer-reviewed journal articles, while co-authoring the leading textbook on ‘Additive Manufacturing Technologies,’ which is used in over 600 universities worldwide, with over 5 million copies sold or downloaded since first publication.

In addition to his personal achievements, Dr. Stucker’s service to the AM industry has been distinctive, according to 3D Systems. He was the founding chairman of the international standards committee for additive manufacturing (ASTM-F42) and served on the board of ASTM. He is the recipient of numerous industry awards and is actively involved with major government and private agencies focused on the industrialization and expansion of additive manufacturing.

“Brent is a rare individual whose intellect, experiences, and technology leadership skills offer a tremendous benefit to a company driven by innovation such as ours,” says Dr. Jeffrey Graves, president and CEO of 3D Systems. “Having focused his distinguished career on additive manufacturing, he will be a key leader for us, helping to not only introduce new technologies but to understand and address the full spectrum of needs that our customers have as they rapidly move AM into full-scale production environments. With Brent now joining Dr. David Leigh, our Chief Technology Officer for Additive Manufacturing, as key members of our leadership team, 3D Systems will continue to champion efforts that not only benefit 3D Systems but also advance the entire additive industry.” 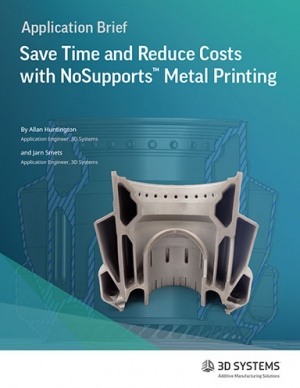