Velocity Micro introduces its next-gen performance desktop computers with the Raptor Z55. It comes with the new 12th-gen Intel Core processors and the updated Intel Z690 motherboard. This generation of Intel CPUs—code-named Alder Lake—features a new Performance Hybrid design in the Core line. 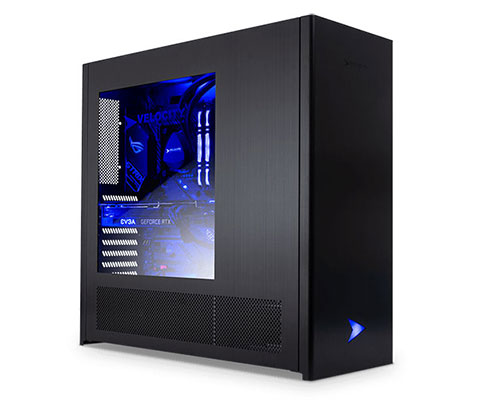 Intel says overclocking is more accessible to the end user, due to updates to Intel Extreme Tuning Utility. Both P-cores and E-cores can be overclocked. This utility also supports the new DDR5 4800 RAM. Velocity Micro uses this in the Raptor Z55, and says this new DDR technology supports fast frequencies and high bandwidth.

“We were there when  Intel launched the first Core 2 Duo processors in 2006,” says Velocity Micro President and CEO Randy Copeland. “We remain proud to carry on that legacy with the 12th-Gen launch.”

“12th-Gen Intel Core processors are a huge leap forward for high-performance computing and platform innovation,” says Marcus Kennedy, general manager of Gaming and Esports, Intel. “It's always wonderful to work with Velocity to bring this level of performance to their gaming platforms for enthusiasts around the world.”