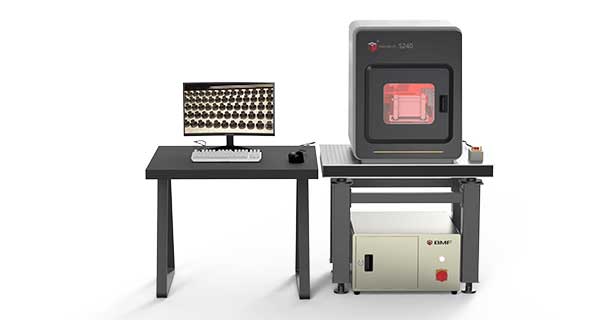 The BMF microArch S240 prints industrial-quality small parts is based on BMF’s Projection Micro Stereolithography technology (PµSL), a technique that allows for rapid photopolymerization of a layer of liquid polymer using a flash of UV light at micro-scale resolution. Image courtesy of Boston Micro Fabrication.

The microArch S240 is based on BMF’s Projection Micro Stereolithography technology (PµSL), a technique that allows for rapid photopolymerization of a layer of liquid polymer using a flash of UV light at micro-scale resolution. BMF says this process makes possible production of intricate, exact and replicable parts “optimal for end-part and prototyping use cases across a wide range of industries, including medical device manufacturing, microfluidics, MEMS, biotech and pharma, electronics, education, and research and development.”

The microArch S240 works with various polymers and ceramics, including an all-new functional engineering material developed in cooperation with BASF, which BMF says offers “high strength and durability properties meeting the needs of production applications.”

The company says the microArch S240 sports a larger build volume (100x100x75 mm / 750 cm3) and up to 10 times faster print speeds than its previous model. This enables the production of bigger parts, or a higher throughput of smaller parts, while achieving the same 10 µm resolution, ±25 µm tolerance as other BMF printers. BMF says this ability for fine detail means users can print using a number of industrial grade attributes, including mirror finishes, sharp edges and smooth channels. 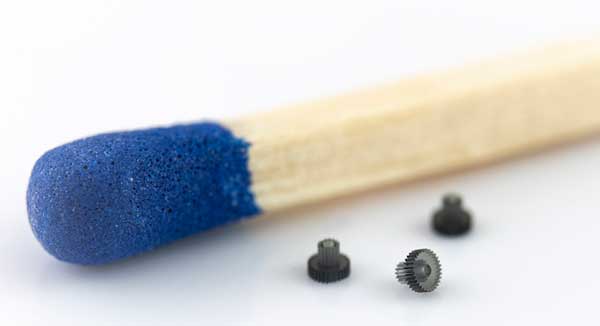 “Until now, this coveted combination of quality, strength and resolution had been missing from industrial production, particularly for use cases that require high precision and micron-level resolution,” says John Kawola, BMF CEO, Global Operations. “With the microArch S240, users can finally make end-use micro parts at speeds that are required for production, with resolution, accuracy and precision that is true to CAD. Smaller parts no longer need to mean bigger headaches or bigger price tags for manufacturers and engineers.”

Additional features that the company says make the microArch S240 suitable for industrial production include:

larger build volume that allows for the production of much bigger parts and much higher throughput; and

capacity to handle higher molecular weight materials with viscosities of up to 20,000 Cp, resulting in the production of stronger functional parts. 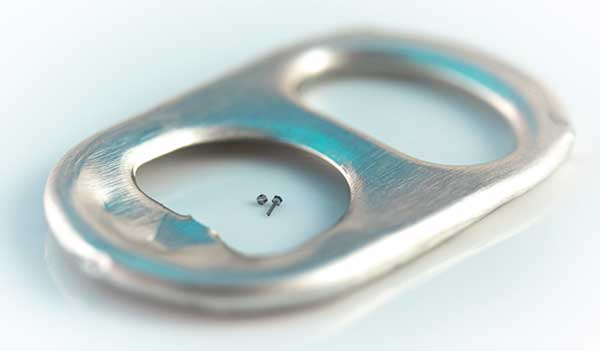 The BMF microArch S240 works with a variety of liquid polymers and ceramics to 3D print at micron-scale resolution. Image courtesy of Boston Micro Fabrication.

“The new BMF RG material from the Forward AM Ultracur3D photopolymer resin line will enable users to achieve ultra-high resolution of their parts,” says Oleksandra Blacka, business development manager—Photopolymers, Medical & Dental, BASF. “The microArch S240 printer is addressing a market that has previously been unserved. This collaboration will now enable customers, especially in the medical industry, to assemble complex items that were too small to handle on previous printing platforms.”

“We chose BMF’s microArch 3D printer due to its ability to replicate critical micro features. Their unique Projection Micro Stereolithography (PµSL) technology prints 3D parts with ultra-high resolution and accuracy, which is key to our business. This is the first 3D printer we’ve encountered that can print micro-precision parts, with the dimensional accuracy and precision that our customers require at this stage of product development,” says Donna Bibber, VP of Business Development, Isometric Micro Molding. “We have put the BMF parts through the same rigorous CT scanning inspection process of our micro molded components and were amazed that dimensionally the parts fell within the tolerances required. Our customers have been equally amazed.”

For more information about the microArch S240, click here.