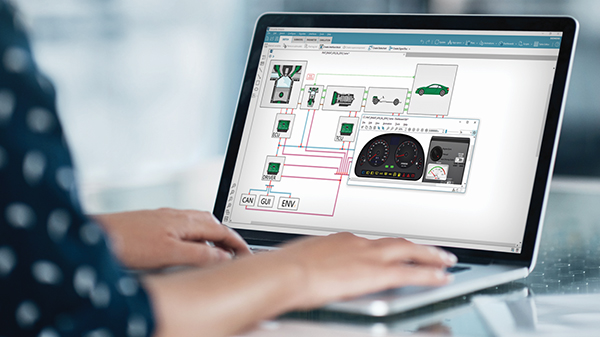 In years past, updates to simulation and analysis software products could be measured in years. Today, competition is fierce, and technology is advancing rapidly. Vendors are delivering product updates in months instead of years. Siemens PLM Software has just delivered Simcenter Amesim 2019.1, offering improvements in four broad categories.

Simcenter Amesim focuses on multidomain systems analysis. Whether you are doing aeronautics, automotive or marine systems engineering—or if you are a Modelica user in any discipline—you will want this update. Simcenter Amesim 2019.1 was an easy choice for Editor’s Pick of the Week.

Siemens says the overall goal of the update is to democratize access to system simulation, a tall order. Features in this update can be divided into four broad categories: vehicle electrification; aircraft systems performance engineering; controls engineering; and system simulation efficiency and ease of use. Let’s explore each category.

Vehicle electrification is a hot topic, as manufacturers race to build better electric vehicles that are more efficient, less expensive and more digital than ever. In the previous update Simcenter Amesim added Simcenter SPEED data import; in this release they add import of permanent magnet synchronous motor (PMSM) parameters from Simcenter Motorsolve. This allows users to test the machine in the context of the entire vehicle sooner in the engineering cycle. You can also import battery equivalent circuit models from Simcenter Battery Design Studio, allowing a shared and visualized battery model in Amesim.

Aircraft systems engineers will appreciate the upgraded CAD import capabilities that make quick work of creating rib submodes and generating tank and rib data files. Siemens says this “drastically” reduces the time required for creating output files. The related post-processing and scaling tool is also enhanced, making it easier to derive scaled performance maps from reference maps. And there are two new rotorcraft engine demonstrators, derived from a validated engine model. The first is a recuperated engine cycle; the second is a series hybrid variant.

Check out the write-up for what's new with controls engineering and system efficiency via Modelica. Plus, we haven’t even touched on the new features for shipbuilding and internal combustion engine analysis. Looking at these new features as a whole, it becomes obvious Simcenter Amesim users now have a solution at their fingertips covering the entire development cycle for multidomain systems analysis.

Thanks for reading; join us next week for another Editor’s Pick of the Week.