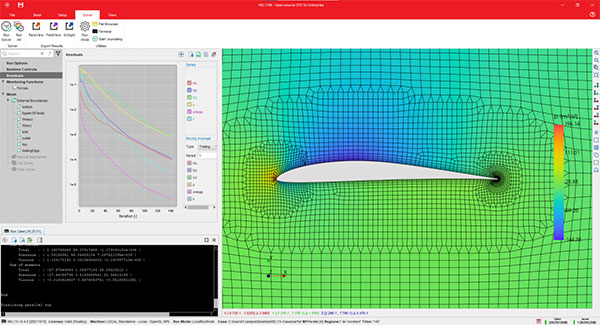 HELYX 3.4.0 offers a range of extended capabilities and code refinements to remove known issues found in the previous release 3.3.2. Some new features added in this version include:

There are several updates: upgraded graphic libraries in the GUI for improved local and remote image rendering; improved GPU-based rendering performed at client side for remote client-server GUI connections; new export of display scenes and view objects to 3D formats such a X3D, PLY and VT.

Updates related to HELYX include the following:

If you are not a user of HELYX already, check out the HELYX product page.