Such systems populate a small—but necessary—segment of the workstation market.

Such systems populate a small—but necessary—segment of the workstation market. 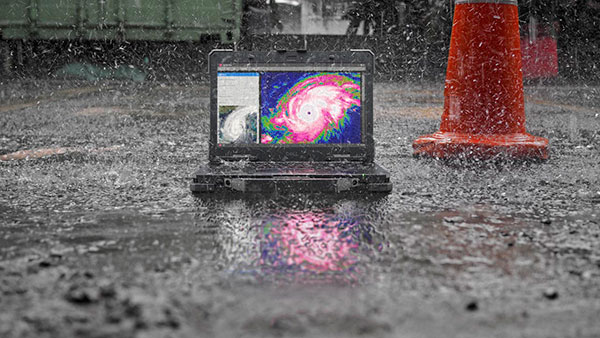 Ruggedized mobile workstations are protected against ingress from dust, dirt and liquids. Image courtesy of Dell.

Not every engineer needs a computer to withstand temperatures that would fry an egg or freeze water in seconds. But those few who do really need such performance.

The computers capable of working in extreme environments are called rugged computers. It is a small market, a segment most major workstation and PC vendors avoid. The list of vendors offering workstation-class rugged computers is even smaller. Yet there are options.

“Rugged computers provide what we call ingress protection,” says David Plourde, a business development consultant at Dell. “If the computer has to sit out on a farm in the rain or be next to you when cutting concrete, you have protection” from the wind, rain or dust. Dell says it offers various levels of ingress protection. 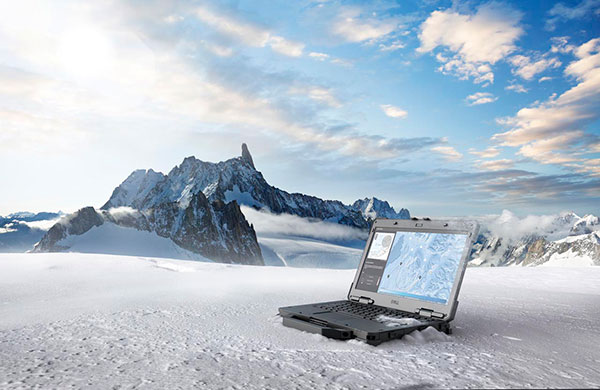 The Dell 7330 Rugged Extreme computer can operate in extreme environments, including in very low temperatures. Image courtesy of Dell.

ACME, another vendor of rugged portable computers, prefers a lunchbox-style design. The larger form factor allows for the use of internal expansion cards and a variety of ports for data gathering.

One important non-engineering market for ACME is live sports or news broadcasting. These customers need a computer robust enough to handle live streaming and editing in real time, says Myles Kelvin, VP of sales and marketing at Portexa, which partners with ACME and is responsible for aerospace and defense.

Data collection is a common requirement for ACME customers, Kelvin says. The U.S. Navy, for example, collects a wide variety of data in real time on its ships. Navy vessels are upgraded on a 10-year schedule, so they often have computers that are outdated well before other ship systems. By using rugged portables, the Navy can bring the latest technology onboard as needed. 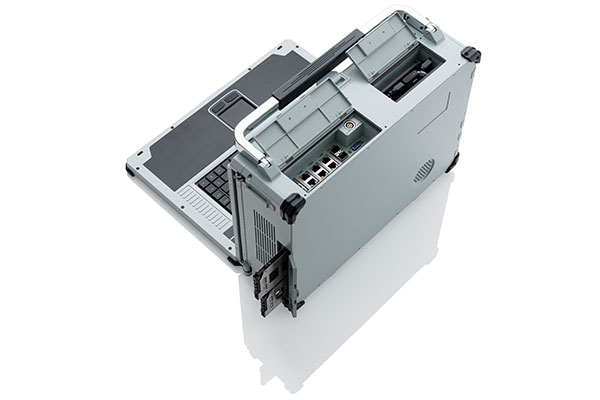 ACME rugged computers utilize a lunchbox-style design, allowing for the use of internal expansion cards and a variety of ports for data gathering. Image courtesy of Portexa.

Another data collection pain point for the U.S. military is the F35 fighter jet. For security, it uses a custom data port. Support personnel need a rugged computer with an expansion slot for the special data connection since they may need to gather data on a jet in any environment.

One ACME model offers three fold-out displays, a high-end Intel Xeon processor and four drive bays each capable of supporting up to 30TB. All ACME models have handles, a feature not commonly found on standard notebook computers.

“We found that a significant number of product failures come from dropping,” Kelvin says.

Searching for Rugged in All the Wrong Places

A Google search for “rugged computers” or “rugged workstations” suitable for use by DE readers opens a rabbit hole to nowhere. Many vendors only do vehicle-mounted rugged tablets. Others do handheld terminals.