The Future of Simulation-Driven Product Development

How far have we reached and what could be the future of simulation-driven design? 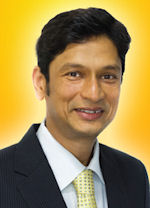 The major industrial revolution is already here, as computers increasingly take charge of product development and manufacturing processes. Computer-aided simulation techniques have seen a remarkable growth over the past decade, and their global adoption has revamped the manufacturing industry. The recent acquisitions of SpaceClaim by ANSYS and Visual Solutions by Altair, for example, show how the simulation software giants are aggressively expanding their reach in newer markets—and simultaneously trying to establish themselves as a comprehensive solutions provider to the engineering community.

The ability to predict the product behavior in the early design phase makes simulation an intuitive tool for engineers during the development process. With the advantage of reducing manufacturing time considerably, software simulations remain a priority for many manufacturers. However, the quick adoption of simulation-driven product development brings along several challenges that restrain available technologies to some extent.

As product designs become more complex, the need for high-performance computing (HPC) becomes essential. Although present simulation technology fulfills the requirements of most engineering challenges, there’s a lot more to be expected as digital designing tools are improved.

We have reached a stage where simulation tools have begun to use advanced technologies, both in terms of hardware and software. With the integration of cloud computing, the thirst for HPC in handling complex engineering problems has lessened, as the execution of the simulation process has become quicker. This transformation allows engineers to leverage the capabilities of software simulation, and perform dozens of simulations instead of two or three, as hardware no longer remains an obstacle.

Despite security concerns from early adopters, the cloud will remain a viable alternative for engineering organizations—to accommodate terabytes of data easily and effectively.

Simulation is an integral part of today’s product lifecycle management (PLM) systems, allowing collaboration among analysts, engineers and designers, and fostering productivity by providing the right information to the right user. With simulation data management, the reusability of simulation data has become easier, allowing manufacturers to leverage skills and knowledge across the enterprise. The concept of knowledge management is pointing toward simulation by crowdsourcing, which will allow engineers to collaborate, extract information and execute the simulation with shorter turnaround.

KBE systems have co-existed since the first application of computerized manufacturing in the early 1980s, yet its benefits have only been recently realized, thanks to the integration of artificial intelligence (AI) to automate product development. Today, KBEs play a role in monitoring organizational performance. KBEs and systems engineering are expected to become more simulation-focused in the coming years.

For example, the U.S. Army has forecast the future of systems engineering in 2025, stating how conceptualization, detailed engineering and manufacturing will be reinvented to remove the gap between the product development team and end users. Their proposed future process predicts that modeling and simulation will be more proactive than traditional computational fluid dynamics and finite element analysis. Today, engineers are required to manually fix the design and run the model for design optimization. An engineer of the future would only require describing the use-case of the part, and the computer will autonomously optimize the part using modeling and simulation.

As digital design solutions evolve with advancements in technology, simulation-driven product development is expected to grow exponentially. There could be a point where physical tests would become obsolete, as virtual prototyping becomes more intelligent and efficient. Adaptive mathematical models, genetic algorithms and agent-based models are becoming increasingly adopted to execute probabilistic simulation, and predict the random characteristics of nature more effectively.

There’s also a significant contribution from supportive technologies, such as imaging, rapid prototyping and experimental laboratory integration, allowing the simulation tools to become more intelligent and serve as assistants to designers in a designer-controlled system. As more information continues to pile up within the KBEs and data management tools, the “smartness” of simulation software is likely to increase.

The future of product development, though, largely relies on computing capabilities, which necessitates the successful growth and acceptance of the cloud technology among engineering organizations.

Pranit Banthia is the founder and CEO of HiTechCAE and owner of Hi-Tech Outsourcing Services. Send e-mail about this article to DE-Editorsmailto:[email protected].