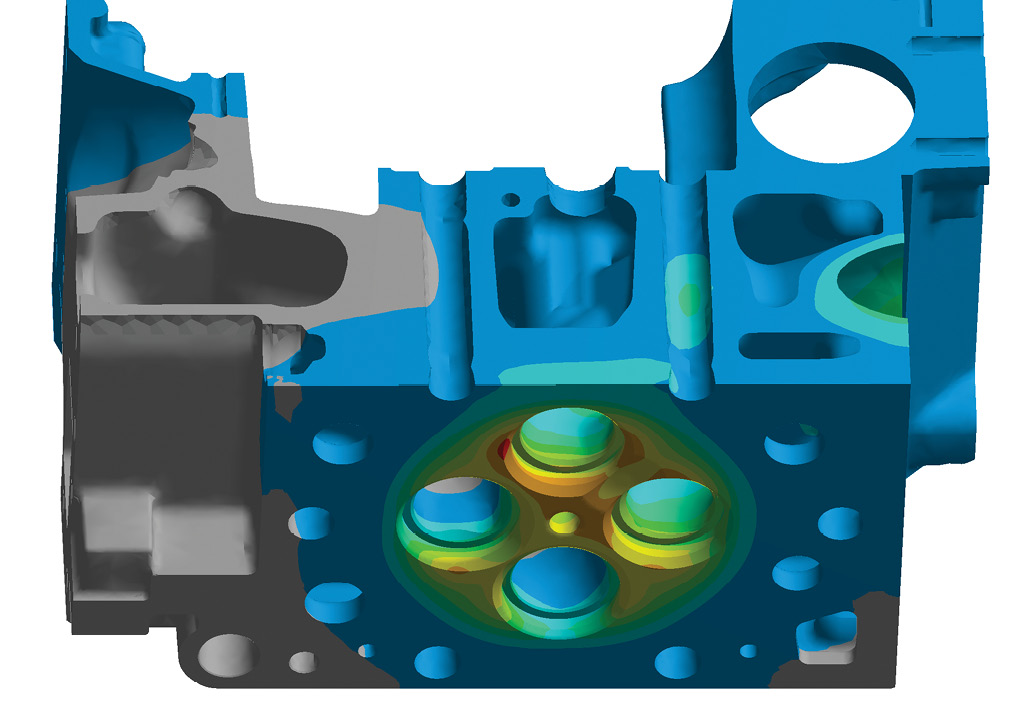 Shown here: a cross-section of a cylinder head, illustrating temperature increases around the port area. Image courtesy of Cummins.

Climate change. Greenhouse gases. Carbon emissions. Scientific evidence aside, these remain controversial—though clearly important—topics for many. Yet few of us on planet Earth would argue about the merits of waste reduction.

Engine, filtration and power generation company Cummins is actively on board as well, which is why this 100-year-old manufacturing company has set an ambitious goal: achieve net-zero emissions throughout its global organization by 2050. And they’re using next-generation simulation, process and data management (SPDM) software from Ansys to undertake such a task.

The initiative is called PLANET 2050, and it goes well beyond cleaner, more fuel-efficient engines and power-generation systems. An acronym that stands for Prosperity, Leadership, Advocacy, Nurture, Environment and Together, PLANET 2050 is a comprehensive plan to address and accomplish the topics listed here well before the self-imposed 2050 deadline. 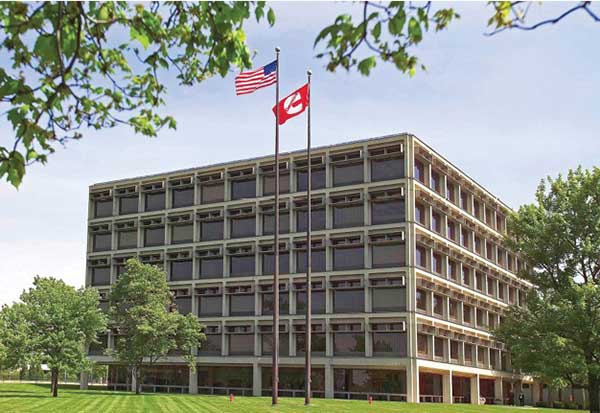 As with the rest of this 61,000-employee company, those working at the Cummins technical center in Columbus, IN, are committed to the manufacturer’s PLANET 2050 goals. Image courtesy of Cummins.

In fact, the manufacturer has established eight interim goals that it is striving to reach by 2030. These include: 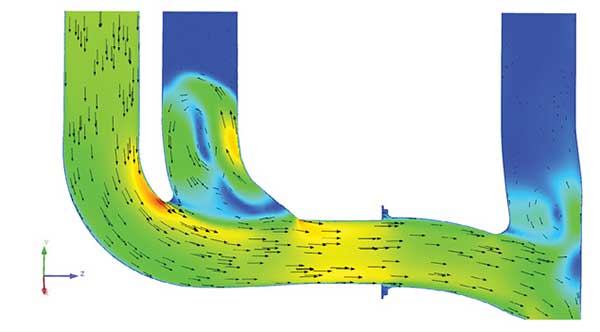 The company also has endorsed the CEO Water Mandate, a U.N. Global Compact initiative that seeks to “mobilize business leaders on water, sanitation and sustainable development goals.” As a result, the Cummins community has conserved more than 16 million kL of water in its first two years alone, with plans for additional savings.

Build It, Test It

Bob Tickel has been with Cummins for more than three decades. The director of structural and dynamic analysis, he and his team are not directly in charge for the PLANET 2050 project, but like the rest of Cummins’ 61,000 employees, they are focused on its goals; the best way to accomplish this is to develop robust, cost-effective methods of evaluating proposed design changes.

“We’re on the support side,” Tickel says. “The product teams are always coming up with plans on how we’re going to achieve our goals—what technologies, components and materials might be used to reduce emissions, for example, their operating temperatures and pressures, and how much weight reduction is required to meet fuel efficiency targets. It’s our job to model and simulate what effect those changes will have on product performance.” 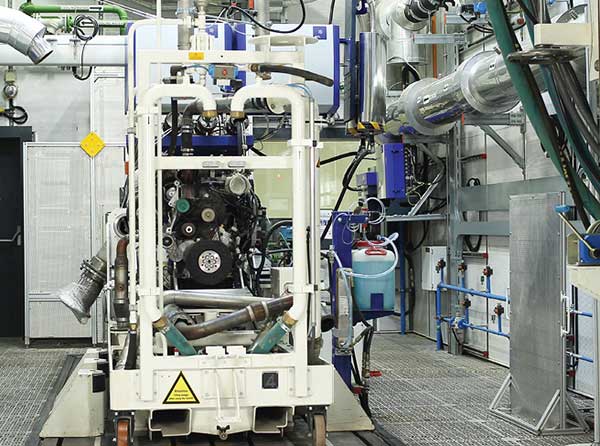 Though simulation plays an increasingly important role at Cummins, test benches like the one seen here remain a critical aspect of performance analysis. Image courtesy of Cummins.

As with virtually all companies that design and manufacture complex systems, Cummins has long relied on physical testing of its products. Tickel noted that there are 88 test cells in Columbus, IN, alone, with comparable testing capabilities around the globe.

“Our first 80 years had a successful history of ‘build it and test it,’” he says. “That’s how the business got started with Clessie Cummins, our founder, and quite honestly, it’s how the industry has operated for decades.”

Physical testing remains an essential part of engine and powertrain development to date, but software-based analysis began assuming a leading role around the turn of the century. Prior to this, Tickel explains, modeling and simulation were very focused on individual components or disciplines rather than complete systems.

Several factors led to a fundamental change in this siloed approach during the early 2000s—among them an economic downturn, greater product complexity, expanding globalization and a general need for increased competitiveness amidst these obstacles. This change brought on analysis-led design (ALD) at Cummins.

The top-down initiative focused on accelerating Cummins’ use of multidisciplinary modeling and simulation with Ansys software. Although physical testing would still play a key role, it would not be performed until analysis results became available, which minimized the need for such testing. With that came the decision to invest heavily in design, computational fluid dynamics and structural analysis capabilities, starting with the hiring of 500 engineers and analysts for a new technical facility in Pune, India.

ALD continues to this day, and thanks to high-performance computing and extended licensing agreements with providers such as Ansys and others, multidisciplinary optimization has now become the standard by which Tickel and his group operate. And yet, he’s quick to point out that the company’s many test benches aren’t going anywhere.

“Simulation is great, but you still need tests,” he says. “The goal should not be to eliminate them but to coordinate tests and simulation together, so as to get the most value out of each.”

Tickel mentions yet another acronym: simulation-based product development, or SBPD. He admits that it doesn’t yet roll off his tongue like its predecessor ALD, but it is clearly the path forward and logical progression of simulation maturity at Cummins.

They have even assigned a corporate leader for simulation, Bob Sharpe, who’s responsible for coordinating the testing and simulation mentioned here while also gathering as much data as possible from both.

“It’s a functional excellence approach,” Tickel says. “It’s a very good one, with people deep in their disciplines, but we also need to put more focus on increasing our systems-level thinking across the organization. That means going beyond modeling the engine or the transmission and modeling the vehicle as a whole. What’s more, it means looking to the future, where vehicles communicate with one another, or form platoons for greater fuel efficiency. Modeling these and other scenarios is something we’re definitely going after.”

The challenges are great. Cummins has already implemented numerous supercomputers and high-end workstations to support the intensive compute cycles needed to simulate thermal, chemical and fluid dynamics and is continuously evaluating future systems to meet increasing demands, including the possibility of a 46,000-core supercomputer or small quantum computer in 2022.

Until then, they will continue to push for engine and powertrain efficiency wherever possible, all of which will help the company on its path toward PLANET 2050.

“We’ve had great success in this space due to our capabilities and corporate leadership,” Tickel says. “Now it’s time to reach for a higher level of performance.”