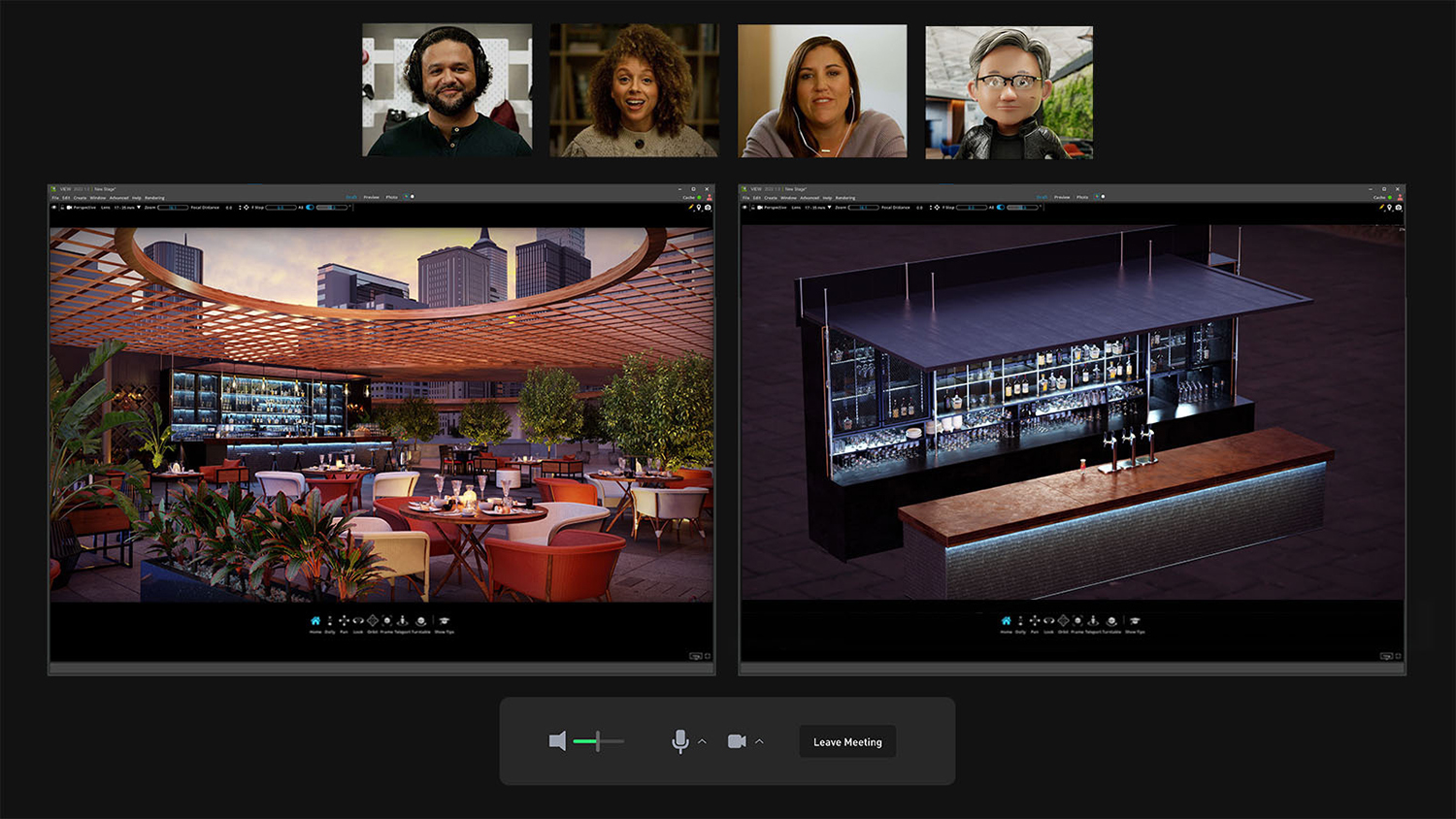 NVIDIA announces Omniverse Cloud, a suite of services for collaboration and visualization. Image courtesy of NVIDIA.

This week, a new segment of the NVIDIA GPU Technology Conference (GTC) came online, followed by a flurry of GPU- and AI-related news. The keynote opens with the “I am AI” cinematic sequence, highlighting the GPU maker's growing focus on machine learning and artificial intelligence workloads.

“Digital robots, avatars, and physical robots will perceive plan and act. And just as AI frameworks like TensorFlow and PyTorch have become integral to AI software, Omniverse will be essential to making robotic software Omniverse will enable a next wave of AI,” said NVIDIA CEO Jensen Huang as he outlined his vision. “Over the past decade NVIDIA accelerated computing, delivered a million-x speed up in AI, and started the modern AI revolution.

Updates on the Grace CPU

With its genesis in the videogame graphics business, NVIDIA had historically focused on the GPU business, but in April 2021, Huang revealed the company was also developing a CPU, called Grace. “I am pleased to report that Grace is progressing fantastically, and on track to ship next year,” Huang said this week.

Based on the Arm architecture and targeting the data center segment, Grace Hopper is built with “NVIDIA NVLink-C2C to deliver a CPU+GPU coherent memory model for accelerated AI and high performance computing (HPC) applications,” according to the company. But that's only half the story, Huang revealed in his keynote.

“The Grace CPU can also be a super chip, made up of two CPU chips connected coherently over NVLink-C2C. The Grace superchip has 144 CPU cores, and an insane one-Terabytes-per-second memory bandwidth over two to three times the top Gen 5 CPUs that have yet to even ship,” he said.

When it is available, Grace CPU will be a competition to the data center-focused processors from rival AMD and Intel. Having its own CPU also gives NVIDIA more control on how it tackles the CPU-dependent portions of the HPC workloads. So far NVIDIA has not mentioned any plan to offer Grace to the professional workstation market, dominated by Intel Xeon and AMD Ryzen CPUs. 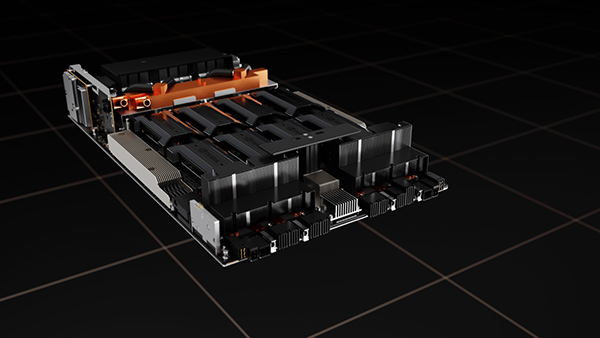 The new NVIDIA H100 AI-focused GPU will be based on the Hopper architecture, shown here. Image courtesy of NVIDIA

An AI-Focused GPU Based on Hopper

Stepping further into machine learning and AI, Huang introduced a new GPU, the NVIDIA H100. Huang said NVIDIA “designed the H100 for scale up and scale out infrastructures. So bandwidth, memory, networking, and NVLink C2C data rates are vital ... To put it in perspective, 20 H100 GPUs can sustain the equivalent of the entire world's internet traffic,” according to Huang.

With NVIDIA NVLink Switch System, up to 256 H100s can be connected to accelerate Exascale workloads, the company states. It opens doors to massive scientific and engineering computing tasks previously deemed infeasible.

The H100 GPU is based on the new NVIDIA Hopper GPU architecture. Huang called Hopper “a giant leap over Ampere [architecture],” announced in May 2020.

“For AI processing, the Hopper-based H100 GPU's 4 Petaflops of FP8 (8-bit floating point data format) is an amazing six times the performance of Ampere's A100 FP16, our largest generational leap ever,” Huang pointed out.

With Hopper architecture, “Transformer model training can be reduced from weeks to days,” Huang said. 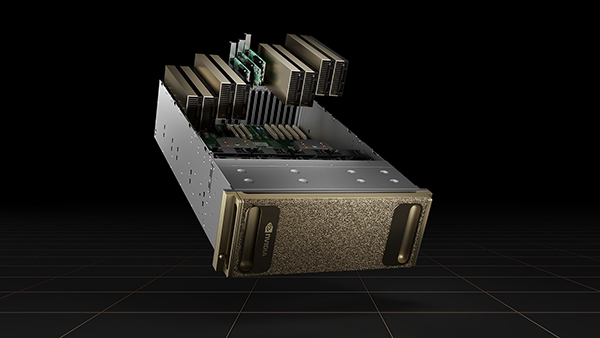 A Cloud-Based Home for the Digital Twins

In his keynote, Huang also signaled NVIDIA's virtual home for digital twins, Omniverse, would become more accessible to general users. “Today, we are announcing Omniverse Cloud. Just a few clicks, and you and your collaborators are connected,” he said.

“Designers working remotely collaborate as if in the same studio. Factory planners work inside a digital twin of the real plant to design a new production flow. Software engineers test a new software build on the digital twin of a self-driving car before releasing it to the fleet. A new wave of work is coming that can only be done in virtual worlds,” said Huang.

These services have some overlap with applications currently offered by CAD and PLM vendors. While collaboration and visualization applications developed by CAD vendors tend to use native CAD formats as the underlying data, Omniverse uses USD (Universal Scene Description), an open format developed by Pixar, for data exchange. In the future, as Omniverse becomes more robust, some CAD and PLM vendors could begin using Omniverse Cloud services as the engine to deliver the same functions.

The March 2022 GTc keynote included not only announcements of Omniverse but also a testimony. As he wrapped up his keynote, Huang revealed, “Omniverse generated every rendering and simulation you saw today.”