Harvard has created a 3D printing process for creating organs on a chip. 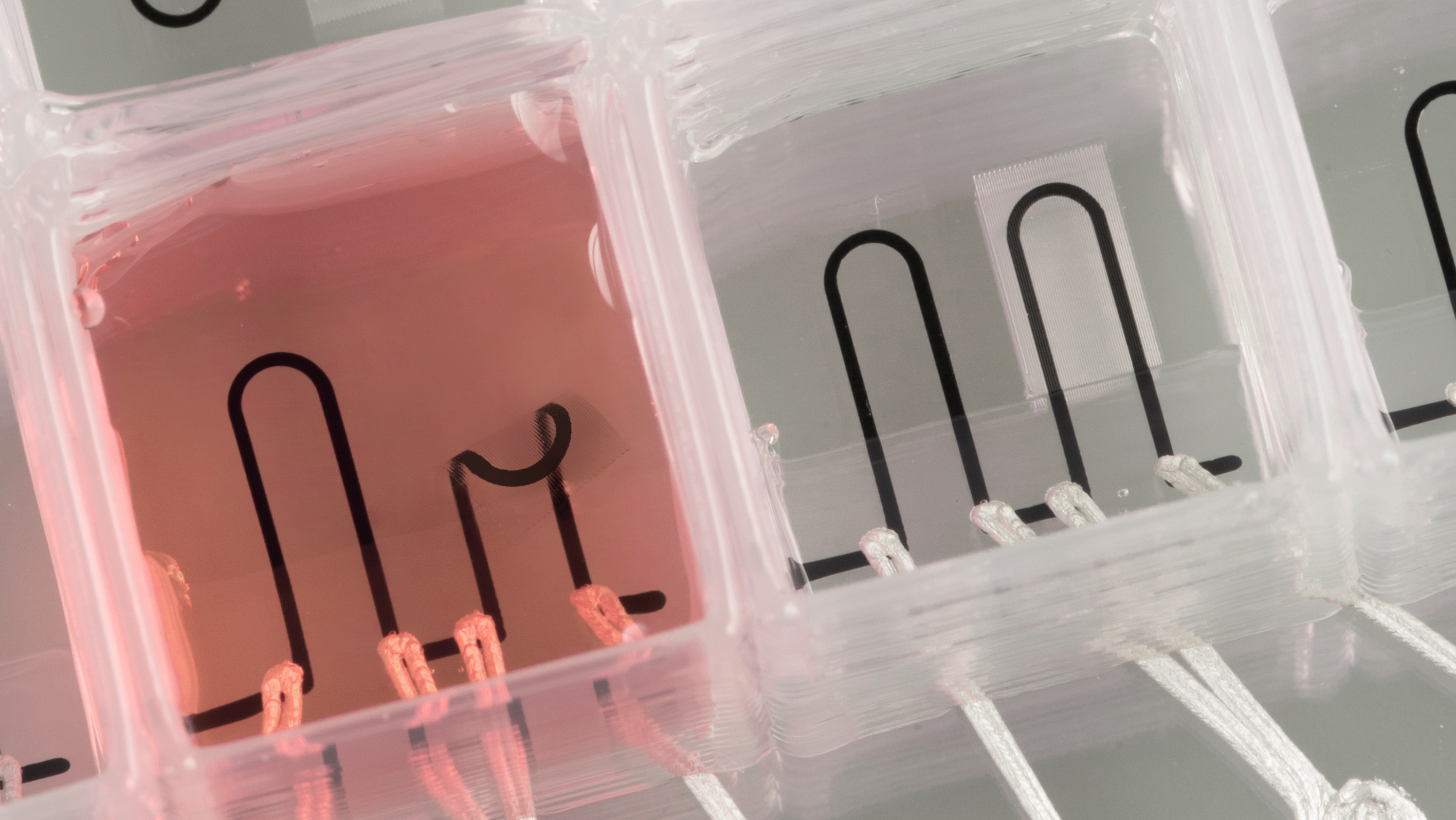 In an effort to avoid animal testing, researchers have turned to using digital analogs of human organs – organs-on-a-chip. However, these devices are expensive and time-consuming to build and study. Researchers at Harvard University have generated a 3D-printed heart-on-a-chip, the first such “organ” created via fully automated digital manufacturing, that could make it much easier to use these systems. 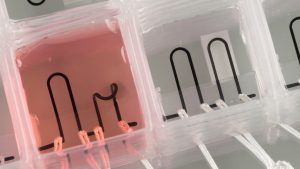 The heart-on-a-chip is entirely 3D printed with built-in sensors that measure the contractile strength of the tissue, providing scientists with new possibilities studying the musculature of the heart. Image: Harvard University

The team developed six inks that integrate soft strain sensors. The materials were printed into a cardiac microphysiological device with integrated sensors in a single procedure.

According to Harvard, this manufacturing approach “may one day allow researchers to rapidly design organs-on-chips, also known as microphysiological systems, that match the properties of a specific disease or even an individual patient’s cells.”

These digital organs can mimic the function of actual tissue and can be used as an alternative to animal testing. Researchers have also developed microphysiological systems that mimic the function of lungs hearts, tongues, and intestines. Traditionally, they have to be built in clean rooms using multi-step lithographic processes. Data collection entail the use of microscopy and/or high-seed cameras.

“We are pushing the boundaries of three-dimensional printing by developing and integrating multiple functional materials within printed devices,” said Jennifer Lewis, Hansjorg Wyss Professor of Biologically Inspired Engineering, and coauthor of the study. “This study is a powerful demonstration of how our platform can be used to create fully functional, instrumented chips for drug screening and disease modeling.”

By using digital manufacturing and 3D printing, the researchers were able to automate the fabrication process and increase the complexity of the devices. Data collection is also easier.

“This new programmable approach to building organs-on-chips not only allows us to easily change and customize the design of the system but also drastically simplifies data acquisition,” said Johan Ulrik Lind, first author of the paper and postdoctoral fellow at the Harvard John A. Paulson School of Engineering and Applied Sciences.

The research was published in Nature Materials.