The HP Metal Jet—a platform that the company says addresses longstanding limitations of metal 3D printing and positions the technology as a cost-effective alternative for low-cost, mass production—is revealed at IMTS. 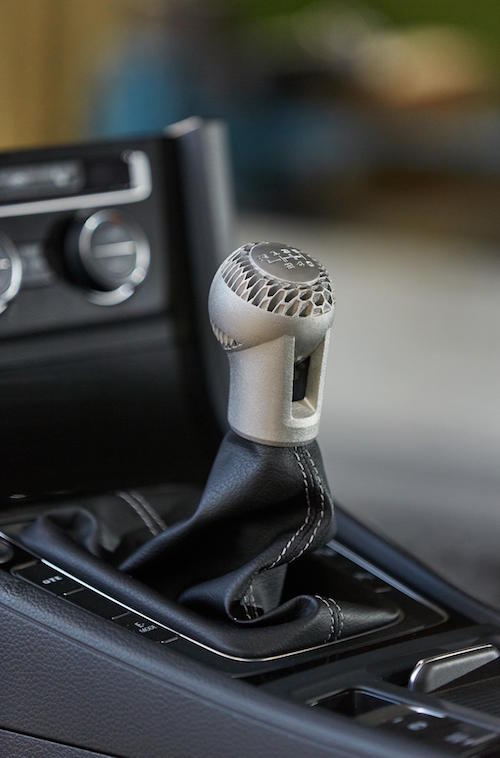 Metal 3D printing has enjoyed quite a reel of highlights these last few years, from the introduction of new materials to price points that make the once exclusive technology more accessible for mainstream use cases.

Now HP is doing its part to champion the paradigm with the release of the HP Metal Jet, a platform that the company says addresses longstanding limitations and positions the technology as a cost-effective alternative for low-cost, mass production. Designed for high-volume manufacturing of production-grade metal parts, HP is eyeing auto, industrial and medical applications with the Metal Jet, which claims up to a 50x productivity boost compared to other 3D printing methods for outputting mechanically functional final parts at significantly lower costs than alternative binder jetting systems. 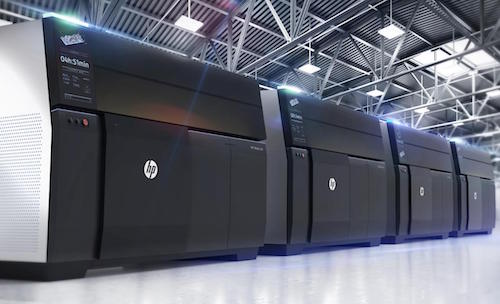 HP Metal Jet technology claims up to 50x more productivity than other 3D printing methods at a lower cost. Image Courtesy of HP.

HP Metal Jet translates many of the design breakthroughs achieved with the HP Multi Jet Fusion 3D printing platform to the metals world, resulting in a voxel-level binder jetting technology along with a bed size of 430x320x200mm. Culling from its years of innovation in the print head and advanced chemistries area, HP has come up with an architecture that features 4x the nozzle redundancy and 2x the number of print bars compared to alternative metal 3D printers. This design allows for  less binder by weight, according to the company, and delivers isotropic properties for high-quality finished metal parts, initially produced in stainless steel, that meet or exceed ASTM and MPIF standards. Both are critical benchmarks for accelerating mass production with 3D printing, according to HP officials.

With its price point starting at around $399,000, HP is making a strong economic case for the Metal Jet as a serious alternative for mass production. For a part such as a valve train roller finger follower for cylinder shutoff, HP says the break-even point for using the Metal Jet over competing technologies like metal injection molding or laser 3D printing is 55,000 parts while for a grasper, a surgical tool for removing tissue, the break-even benchmark is 65,000 parts. The first commercial HP Metal Jet units will begin shipping in 2020 to early customers with broad availability slated for 2021.

In addition to the printer platform, HP also announced a Metal Jet Production Service that will begin filling orders for production-grade final parts starting next year. Customers will be able to go to HP site and click on the Metal Jet Production Service. From there, they create an account, upload their design, and work with HP application engineers to ensure the HP Metal Jet is a fit for their particular application. Once that is verified, the system will initiate a quote from an HP manufacturing partner, which will work with the customer to fine tune the part for printing, handle quality inspection, and ship out finished parts.

To seed the technology in key industries, HP is working with a handful of partners. As part of a collaboration with GKN Powder Metallurgy, HP will deploy Metal Jets in their factories to produce functional metal parts for automotive and industrial leaders, including Volkswagen and Wilo. GKN Powder Metallurgy is the leading producer of materials and products using powder metallurgy technologies.

Volkswagen is integrating the HP Metal Jet into its long-term design and production roadmap, first as a means to manufacture mass-customizable parts such as individualized key rings and exterior mounted name plates, and eventually to produce higher performance functional parts with significant structural requirements like gearshift knobs and mirror mounts. In the future, the technology will play a role in lightweighting safety-certified metal parts for new applications in areas like electric vehicles. In the industrial sector, GKN Powder Metallurgy is using HP Metal Jet to produce initial hydraulic parts such as impellers and diffusors for Wilo.

HP is also partnering with Parmatech, a leader in metal injection molding, to expand mass production of Metal Jet parts for customers in the medical space.