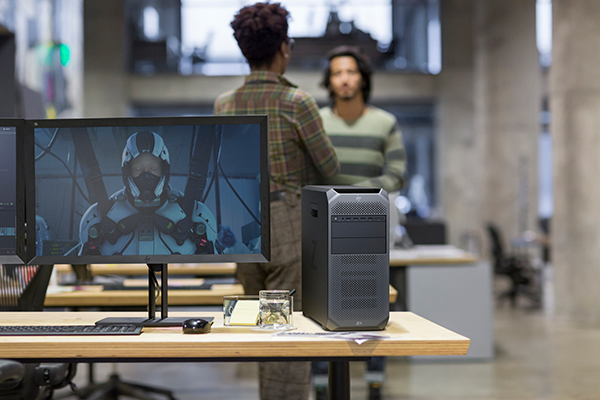 HP delivers new configurable options for Z6 G4 workstations featuring Intel Xeon W CPUs that are designed for creative workloads like 3D animation and rendering, or any workflows that need higher core counts but don’t require the need for a dual processor system at higher prices.

With support for up to 364GB of memory on the new single socket Xeon W-3000 series processors, creators can now take advantage of the HP Z6 higher memory capacity, compared to the Z4. The Z6 is also highly expandable with six PCIe slots for future needs. Every Z workstation comes with a 3-year warranty, software certifications and HP Sure Start featuring self-healing BIOS.

The Z8 G4, is designed for demanding workflows, like visual effects and finishing work on high-res (including 8K and beyond) content, the company says. The 1450W (100V) or 1700W (200V) power supply options enables the Z8 to harness the power of fully maxed out configurations, including dual Xeon scalable processors, up to four graphics cards and up to 68TB of storage capacity. The Z8 also has 7 PCIe slots and supports up to 8 Z Turbo drives, offering the greatest expandability in the Z workstation lineup.

HP also offers the HP DreamColor Z31x Studio Display, an advanced color-critical display. It has cinema 4K resolution, accurate colors, user calibration and a host of workflow tools, according to the company. At a new $2,999 price point and now available, the Z31x Display has features such as integrated remote manageability, automatic or scheduled calibration, and an integrated KVM switch. For creators in media and entertainment, you can also access built-in markers and masks, video levels, split picture-in-picture and user presets.