The company launched Fly Your Ideas in 2008 with the aim of engaging universities and students around world and from all backgrounds. In 2012 it received patronage from the United Nations Educational Scientific and Cultural Organization (UNESCO) and achieved full partnership in 2014.

Gregor Achim Dirks is a Corporate Innovator for Airbus. We spoke with him to gain insight Fly Your Ideas. 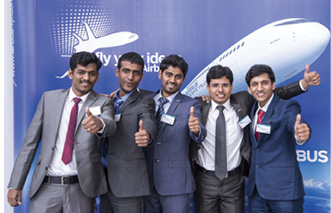 Digital Engineering: Can you provide an overview of the program?

Dirks: We want to inspire students to be creative and develop their skills with a leading global company on real-life challenges. The competition is an opportunity for students to build valuable employment skills like innovation, teamwork, project management and presentation skills. Teams get the chance to apply their classroom learning to real-world challenges, as voted for by Airbus employees. So they are genuinely tackling the same issues, and working with Airbus people who are immersed in the same areas.

Since Fly Your Ideas launched in 2008, over 20,000 students have registered to participate from over 650 universities and over 100 countries. Teams of three to five students advance through three progressively challenging rounds, and uniquely, get significant input from Airbus employees to help them realize their projects.

A record 5,499 students from around the world registered for this year’s edition—we had ideas submitted by 356 teams in 89 countries.

Diversity is important to Airbus and we strongly encourage it in Fly Your Ideas teams too. In fact, every winning team to date has mixed nationalities, gender, profiles and disciplines.

DE: What becomes of the innovations that are presented?

Dirks: The purpose of the competition is not to find commercially applicable ideas for Airbus, but over the four editions to date, we have shared many ideas with specialists throughout our business. We collaborate with teams and their universities to develop some of the proposals.

Let me give you a few examples.

We worked with 2011 finalists Team Msia on Mars from the Universiti Kuala Lumpur Malaysian Institute of Aviation Technology to further explore their idea for biodegradable materials from Kapok tree fibers for aircraft thermal and acoustic insulation blankets used for aircraft cabins.

Team Stanford ADG from Stanford University were finalists in 2009 with their idea on inverted V-formation flight, which hoped to reduce aircraft energy consumption based on the model of migrating birds. This led to a partnership and a collaborative research project into extended aircraft formations. 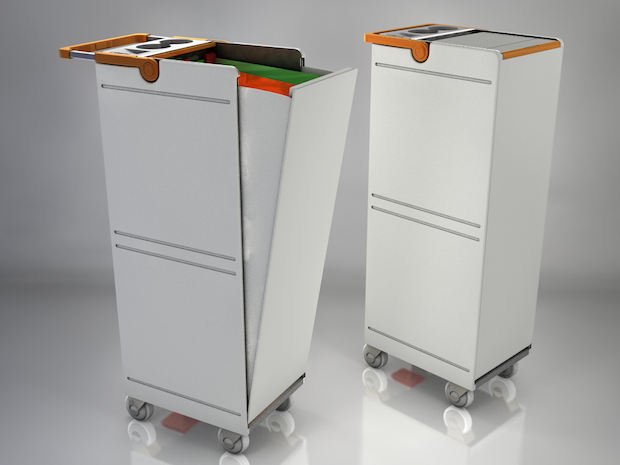 Finally, Team Retrolley, a team of five design students from the University of São Paulo in Brazil who won the second prize at the 2015 final, have witnessed their idea become reality. The Retrolley is a new cabin service trolley that enables the recycling of cabin waste. It is expected that the Retrolley can be delivered in the short term to airlines.