What 3D printing is doing to the industry is it’s allowing that form doesn’t necessarily have to follow function any more. You don’t have to have a certain wall thickness because it’s required by a particular manufacturing process. 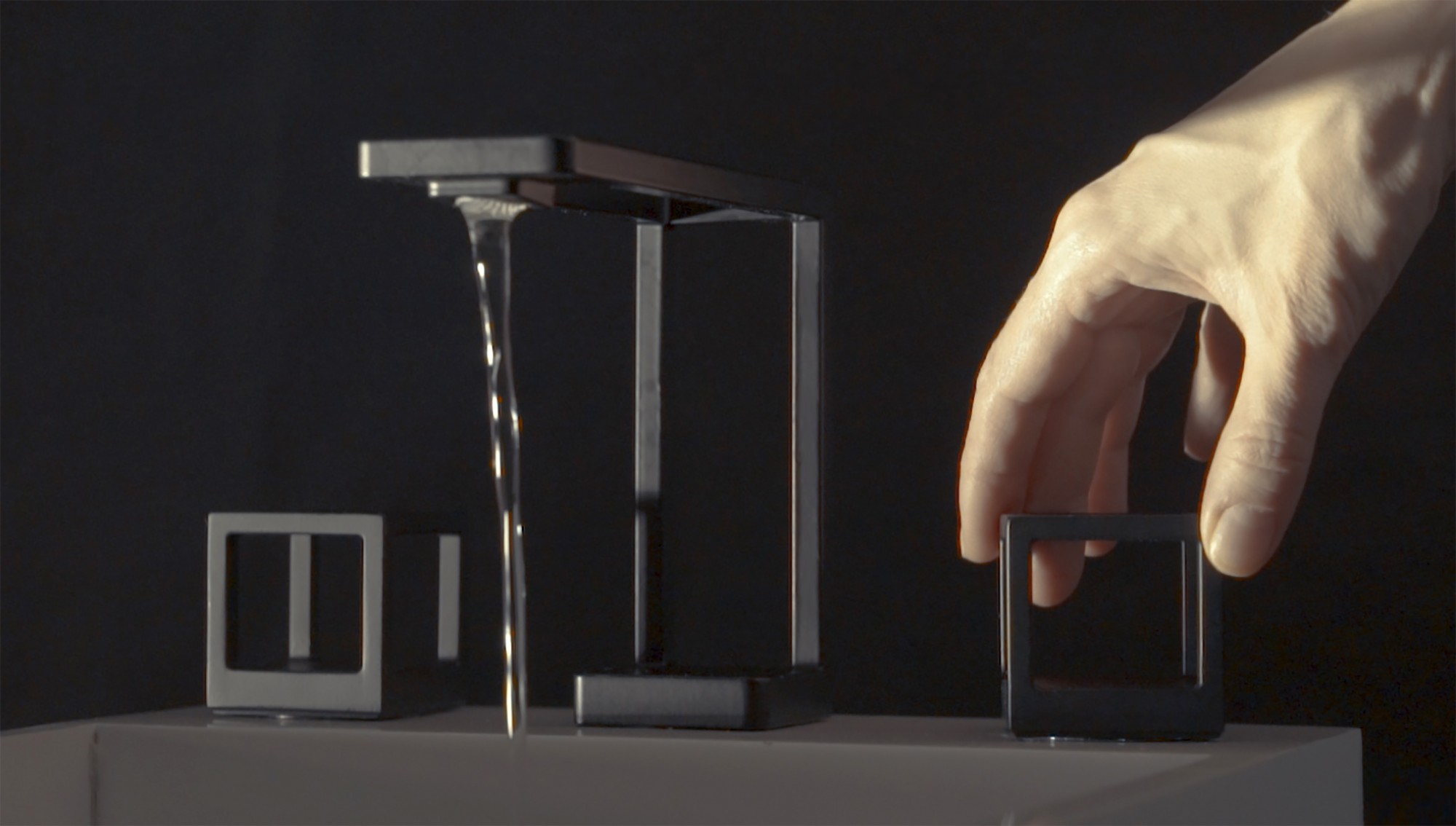 “Design without limitations” – the concept sounds like a pipe dream, especially when those pipes still need to perform a literal function: route water up and through the faucet of a bathroom sink. No matter how striking the unit’s appearance, the internal flow must meet certain specs and the exterior structure must be sturdy. The rules apply even more so when targeting the luxury consumer market with its high expectations. 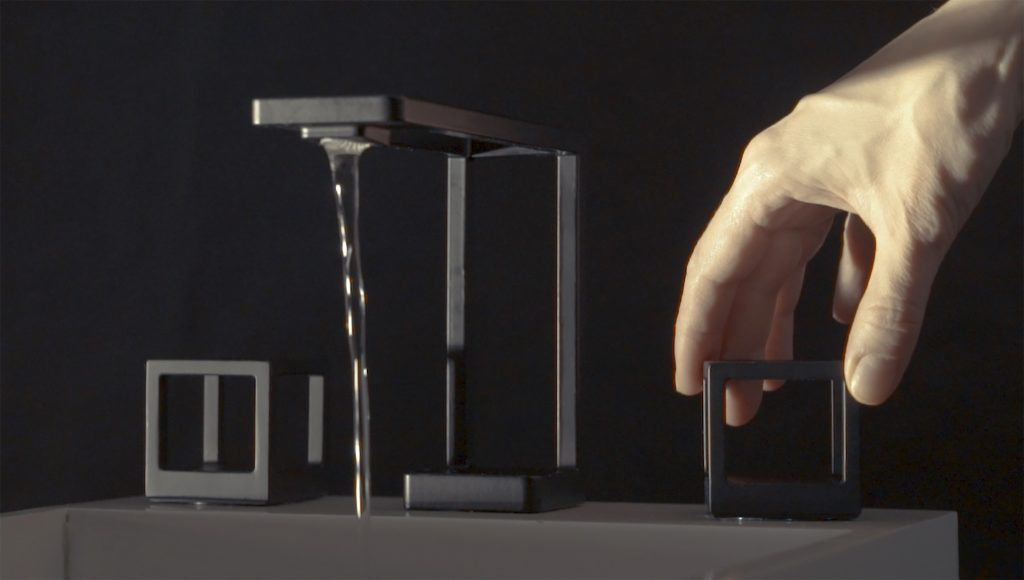 But a trio of companies, each experts in their own field, has applied 3D printing to a break-the-rules design that is not only elegant and functional but almost magical. So eye-catching is this faucet that it was just voted Best of Show at the prestigious Kitchen & Bath Industry Show (KBIS) 2018, a first-ever achievement for designer/manufacturer Kohler and its KALLISTA division of high-end products. 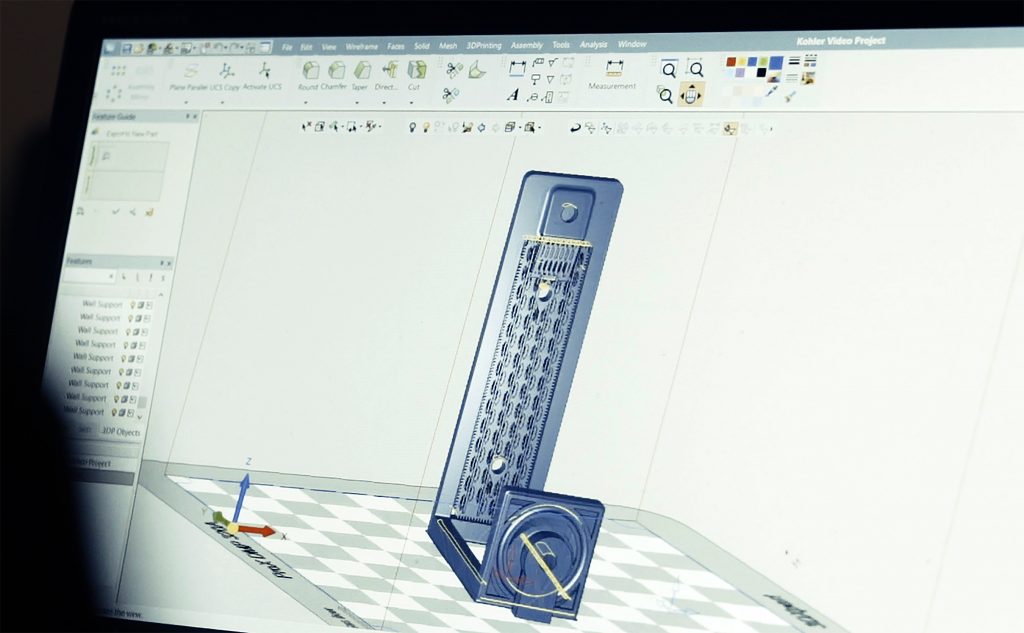 KALLISTA teamed up with metal 3D-printing specialist, 3rd Dimension of Indianapolis, which in turn used its experience with direct metal printing (DMP) equipment from 3D Systems to produce the unique faucet design, dubbed the Grid. Printed in 3D Systems’ LaserForm 316L stainless steel on a ProX DMP 320 system, the Grid dramatically breaks away from the classic manufacturing approach of casting a spout using a mold and sand core.

“Designers usually need to consider a manufacturing process and design around that process,” said Bill McKeone, design studio manager, KALLISTA. “By choosing to produce this faucet via 3D printing, we opened ourselves to limitless design possibilities.”

In some ways, this project has been in the works for years. McKeone says back in 2016, his general manager approached him asking: If you could take manufacturing out of the equation, what would you do? What is your dream/ideal design? “The whole industry has been embracing minimalist design,” notes McKeone, “where you abstract whatever is not needed in a model and take away as much material as possible. What if we could just outline a shape – trace an outline around a geometric shape?”

For the Grid, a set comprising faucet-spout and hot/cold handles, the result is a clean, open alignment of black powder-coated squares and rectangles with integrated water channels. “The handles take us back to playing with blocks,” says McKeone. “The biggest challenge was the spout — how to move water through it.” Given that the second traditional process after casting involves using tube stock, he explains that cutting and brazing narrow tubing to form the perfectly aligned corners of the bifurcated spout would have been a nightmare.

Since McKeone had been using 3D Systems’ stereolithography apparatus (SLA) resin capabilities for the better part of a decade as a design visualization tool, the obvious solution was metal 3D printing.

David Cullen, director of applications engineering for 3D Systems, pointed McKeone to 3rd Dimension for crafting the faucet directly in 3D-printed metal. “3rd Dimension worked with our Custom Innovation Center as a beta site for the DMP 320,” says Cullen of the system that was released in January 2016. “This system had already been producing thousands of parts behind the scenes for seven to eight years before it was commercialized and put out on the market.”

Designed for high precision and high throughput direct metal printing, the 3D Systems ProX DMP 320 has been optimized for critical applications requiring complex, chemically-pure titanium, stainless steel or nickel super alloy parts. 3rd Dimension advised the use of 316L to both avoid rust and corrosion, and to form a highly suitable base for the final powder-coating process. 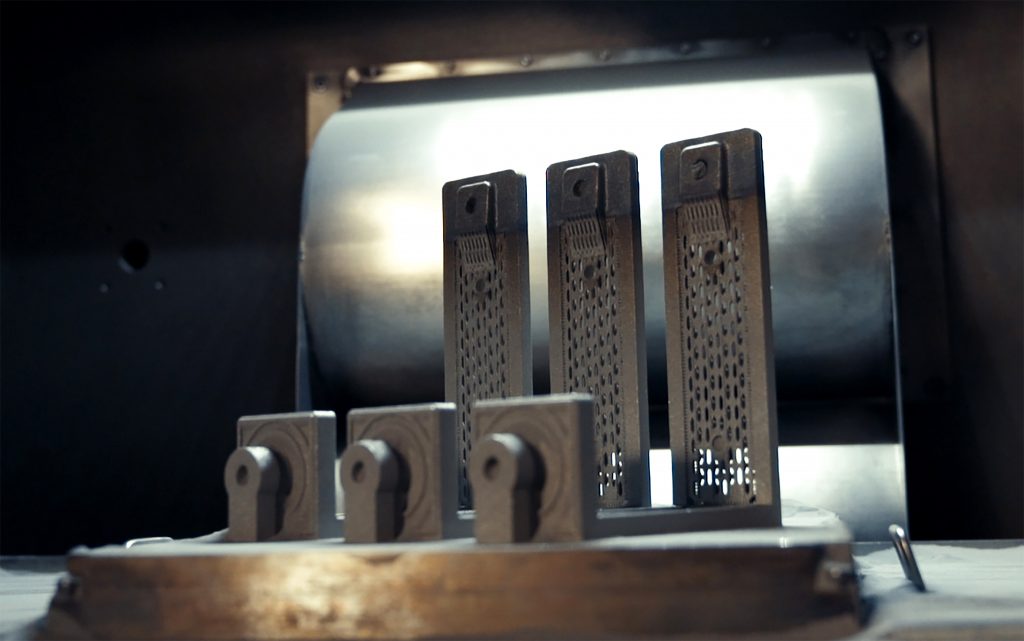 Three as-built KALLISTA faucets, on the build-plate of the ProX DMP 320 system, after de-powdering. Image courtesy of 3D Systems.

Already well-experienced with DMP technology, the engineers and machinists at 3rd Dimension knew just how to design the 3D-printing layout and support structure, remove the supports, add threads for an aerator and connectors, tumble/deburr the parts and apply the matte-black finish. Each segment of the faucet has a square cross-section of 9mm, housing a 3mm inner-diameter water channel.

Parts were produced within hours; this video shows three faucets printed at a time, though the system’s build volume of 10.82 inches by 10.82 inches by 16.53 inches could conceivably allow even more.

The Beauty of Design Freedom

“It’s rare when I can do a design and not eventually have to compromise something for manufacturing,” McKeone says. “Usually when (a design) gets to manufacturing, almost 99% of the time they’re going to come back and want to make some modifications due to the manufacturing process. That didn’t happen here.”

He perfectly sums up the technology’s impact on the kitchen/bath industry: “So many times, when you’re making products, function is dictating the form. What 3D printing is doing to the industry is it’s allowing that form doesn’t necessarily have to follow function any more. You don’t have to have a certain wall thickness because it’s required by a particular manufacturing process.”

Not a compromise. Not a pipe dream, but reality.