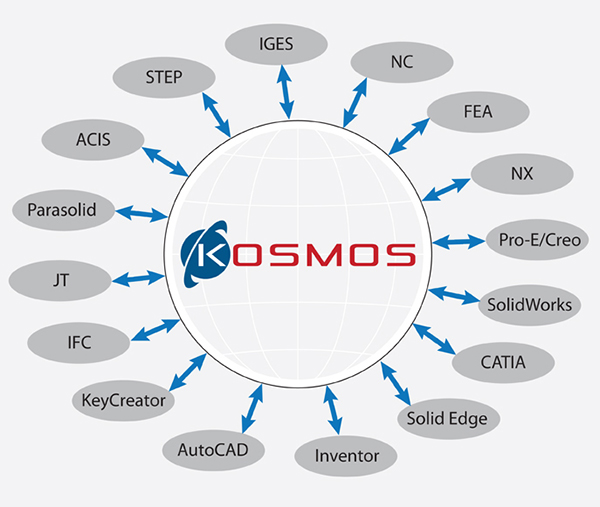 Kubotek3D, developer of 3D mechanical computer-aided design (MCAD) software, announces that the Kubotek Kosmos 3D framework has been updated to version 2.0. The Kubotek Kosmos framework is a set of advanced, multi-platform C/C++ software components, which maximize a program’s performance and ability to work with complete engineering models and data from all major MCAD databases. The product supports software developers building precise 3D applications that need to work with engineering models and data.

Kubotek Kosmos 3D framework 2.0 also sees performance improvements in generating intersection slice profiles between a model and a series of parallel planes. This slicing function, of special interest to users because of its need in additive manufacturing, is an application in which Kubotek Kosmos performance stands out from other modelers due to its unique un-constricted support for multi-threaded processing.