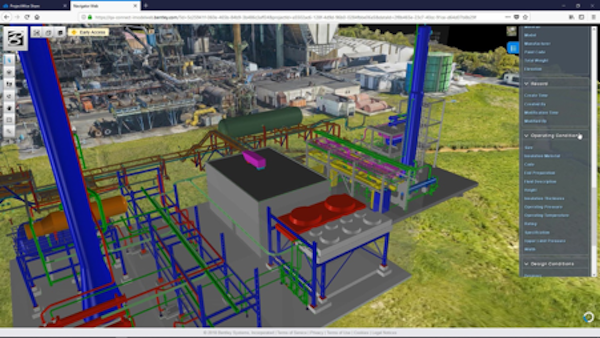 An example of a plant digital twin. Image courtesy of Bentley Systems. 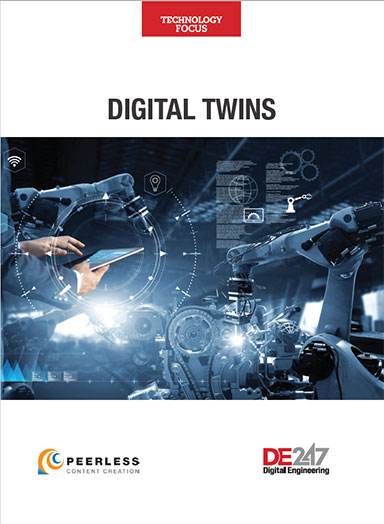 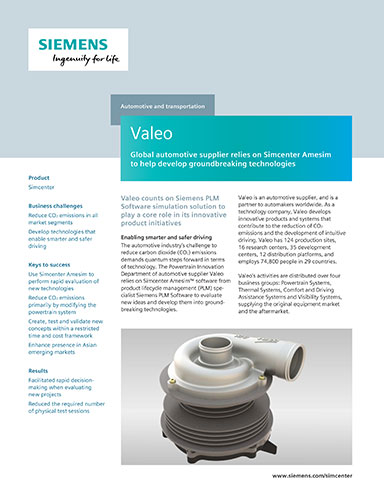 If you put 10 people in a room and asked them to define the term “digital twin,” chances are, you would get a lot of very different answers.

This suggests a significant disconnect between what engineers perceive to be a digital twin, and the messages that marketing professionals are pushing. So where does the hype end and the reality begin?

In 2019, Bentley Systems held their annual Year in Infrastructure conference at Marina Bay Sands in Singapore, with the main focus this year being on the topic of digital twins in infrastructure. Digital Engineering was on hand to find out exactly what is going on with digital twins, and hopefully demystify this technology a little, while investigating potential applications in different domains of engineering.

Digital twins were originally conceived back in 2002 by Dr. Michael Grieves, at a Society of Manufacturing Engineers conference. The definition was quite broad and abstract, being touted (in vague terms) as an extension or evolution of PLM (product lifecycle management) systems.

Since then, NASA has adopted the term and the phrase has garnered some consensus, but different vendors like to add their own definitions, muddying the waters even further.

Bentley Systems defines the core elements this way: “A digital twin is a digital representation of a physical asset including not only the data, but capabilities to process that data to understand and optimise its performance,” says Philip Christensen, senior vice president for Reality Modelling and Cloud Services at Bentley Systems.

When people hear the term “digital twin,” they often imagine some form of CAD-derived 3D model, visualizing the behavior of its physical counterpart. Is that an accurate description? Is the 3D element as integral to the digital twin as we envision? Bentley seems to think so.

“I think it does [need that 3D component],” says Christensen. “If you want to faithfully represent the real world…the real world is 3D, so it’s hard for me to imagine a representation that is not 3D. In fact, we think it has to be four dimensional, because every physical asset will evolve over time. It will get improved, it will degrade and it will get built. That 4D aspect we think is important because it is something that differentiates a digital twin from what has preceded it with just BIM (building information modeling) or a common data environment.”

To summarize, a digital twin is a 3D representation of a system or process that receives sensor data from a real-life counterpart, and is used to monitor behavior of said physical system, with the aim of creating actionable data in the form of performance metrics. Some digital twins can even be used to predict behavior based on varying inputs.

Simulation as the Core

Of course, being an infrastructure company, Bentley is applying digital twin technology to all things infrastructure. At the heart of their digital twins is a whole array of technologies that will be familiar to those of a purely engineering background. Many of these infrastructure twins have various layers of simulation at their core, depending on the use case of the application in question.

Structural twins can contain finite element simulation layers, which can show the stresses and strains acting on the structure, and can make predictions based on varying loads (much in the same way that a design engineer might use NASTRAN to analyze a structure).

Similarly, a digital twin of a city can contain a CFD (computational fluid dynamics) layer, which can show how a flood-prone region may be affected for a given amount of rainfall.

At the Siemens display at the conference, attendees caught a glimpse of how digital twin technologies are even used for monitoring worker productivity as a result of various factors including room temperature. A mockup on screen showed workers sitting in an office before evacuating due to a fire alarm. Internal sensors within the building can track pedestrian behavior and assess efficiency of evacuation routes, displaying the action within an architectural CAD model of the building in real time.

Naturally, Siemens is also playing a large part in bringing digital twins to the masses, having partnered with Bentley a few years ago. Their various PLM products serve as a common platform for running all things required for a digital twin implementation.

Digital Twins: Not Just for Megaprojects

Another sign of a disconnect between marketing hype and reality is evidenced by the scale of the digital twins that are presented to the public by marketing and technical journalists.

If you Google images and type the words “digital twin,” you will be presented with a variety of digital depictions of wind turbines and jet engines. This gives the impression that digital twins are exclusively suited for multi-billion-dollar complex engineering projects, and neglects the entire sub-billion-dollar potential market altogether.

To address this, we asked Bentley to describe the smallest digital twin that they have developed.

“I’ve seen a digital twin of a single light post,” says Christensen. “And a common useful digital twin would be of a cellphone tower. So, you have a network of cellphone towers, and you want a digital twin of each one, as an object that you can interrogate and link to maintenance systems…[we have] an analytical model, which is used to assess the tower as you change the telecommunication components on it.”

This is important for a number of reasons. Cellphone towers are often sold to new customers, and these customers sometimes do not even know the condition or the performance of their towers. As these towers are designed to be unclimbable, surveying the state of these assets can be time-consuming and even dangerous for engineers. 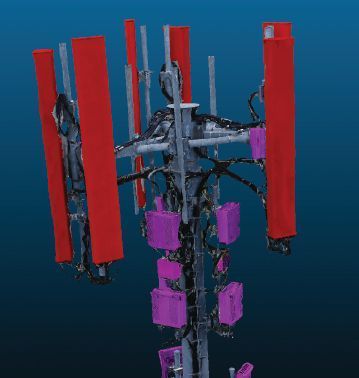 By combining unmanned aerial vehicless with photogrammetry, engineers are able to create a full and accurate engineering-ready twin in about an hour, compared to traditional surveying methods, which could take a day or more to accomplish.

This is an example of how digital twins can be created retroactively from existing physical assets, rather than relying on engineering CAD data.

“Any time there is this kind of transformation in industry, it’s quite easy to articulate this grand vision of the future using magic…but we are over here, right now.” says Christensen. “The on-ramp is important. We have this concept called the Digital Maturity model, where you can essentially work your way up the maturity curve. You can get great value right at the start of that just by taking photos or by creating a 3D model and linking it to some other data. That’s like Digital Twin 101, you know? So that’s a really good way to get started, and is very relevant to someone who wants to walk their way into [digital twin development].”

How to Build a Digital Twin

How exactly does one go about building a digital twin? While digital twins are nearly a couple of decades old, software companies have only been designing digital twin development software and environments for the last 5 years or so. Consequently, digital twins are being built largely by simulation professionals, for wealthy companies, and the knowledge on how to create them remains within those companies.

Just because one company has built a digital twin for a gas turbine engine, that knowledge doesn’t necessarily translate perfectly over to another domain, such as manufacturing or even infrastructure.

To link all of these disparate disciplines, and account for the many different file types used by architects and engineers, Bentley Systems has been developing its own open-framework for all things digital twin related. That framework includes:

iTwin Services: Fundamental to developing and tracking the evolution of a digital twin (and all the data required to drive it), is some form of cloud-based platform enabling quick sharing of data and accessibility for stakeholders. Bentley Systems has such a system at the heart of their digital twin journey, and that platform is called iTwin Services (Bentley refers to infrastructure twins as iTwins).

The iTwin Services were rolled out to users early in 2019, and any user of Bentley’s software can gain access to it.  It is described as an open and scalable platform for managing and consuming infrastructure digital twins.

In brief, it is a cloud-based platform that combines 3D data (be it CAD data or photogrammetric scan data) with engineering information, which tracks the history of changes as the twin develops. Like its PLM forefather, the iTwin Services platform enables project reviews for any stage of the project timeline, and offers visualization and analytics for any changes between the different project states.

Users will be billed according to the size and complexity of their iTwin, and for the amount of data consumed, as you would expect from a cloud-based platform.

iModel Hub: iModel Hub was introduced in 2017, and enables the alignment, accountability and accessibility of infrastructure engineering digital twins. It is a core part of the iTwin Services.

iModel.js: To create a digital twin from scratch would require a lot of domain specific knowledge and a lot of time. To make the process less of a headache, Bentley has released an open source Java Script library called “Imodel.js” for accessing and leveraging the data in iModel Hub. You can access this library at Github. 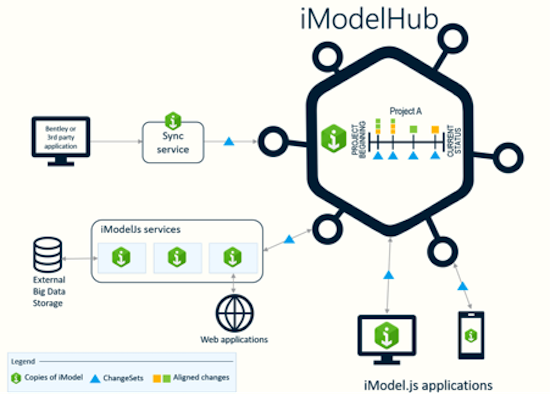 Bentley firmly believes not only in the concept of a 3D twin, but a 4D twin as well. That is, a twin that evolves and reflects changes made during the project timeline. As an aside, we spoke to Siemens about possible two-dimensional twins.

While infrastructure problems tend to be three-dimensional, there are many aspects of engineering, which are indeed two-dimensional. According to our chat with Siemens, a two-dimensional twin is simply called a “data twin.”

It is also a myth that a digital twin must represent a complex system with hundreds of components. It doesn’t. A digital twin can be as small or as grand as you want it to be.

While many digital twins are derived from engineering and architectural CAD data, Bentley has been fairly proactive in pushing the concept of “reality captured” (photogrammetric) twins. This is particularly useful for assessing existing physical assets in their current state, rather than having to dig up old technical drawings. In short, digital twins can be created retroactively with the magic of drones and cameras.

If you would like to see how engineers, architects and managers all over the world have been applying digital twin technology to their infrastructure projects, you can take a look at the winners of the Year in Infrastructure Awards 2019 for more details.

Phillip Keane is an aerospace engineer from the UK, currently working as a university lecturer teaching spacecraft engineering, CAD and project management in southeast Asia. He is a graduate of Coventry University (UK), the International Space University (France) and Nanyang Technological University (Singapore).