Live from CAASE: Simulation is Cleared for Certification Takeoff

FAA's Safarian says we can learn a lot more from a good validated analysis than we can from a test when certifying aircraft. 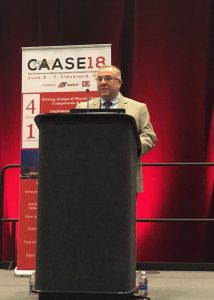 With typical federal regulator candor, Dr. Patrick Safarian, Fatigue and Damage Tolerance Senior Technical Specialist for the Federal Aviation Administration (FAA), admitted that “the beginning of this presentation is going to be boring.” Safarian’s presentation, “Requirements of Certification by Analysis,” which he gave at CAASE18 (the Conference on Advancing Analysis & Simulation in Engineering), co-sponsored by NAFEMS and DE, really took off once he got through sharing the regulations.

The point Safarian made by sharing the language of particular regulations that address  structural strength, fatigue and flutter in aircraft is that the FAA does not approve simulation tools. “The FAA approves the data, not the analytical technique,” he said. “The FAA has no list of approved analysis tools. We can accept a method, but cannot approve it because the only software we approve is the software used in the airplane.”

In many cases, one of those methods can be simulation analysis. The burden of proof is on the applicant to validate the finite element method. According to the FAA regulations, a validation method has to have been shown to be sufficiently accurate or conservative before they are used as a means of showing compliance.

“FEA has not been used as much as it should have for compliance in the past decades,” said Safarian. It has taken decades for simulation to become widely accepted and trusted, and for the avaiation industry to understand that it can be used for certification. However, Safarian said it is now being used more and more to show compliance.

Real-World Examples of Certification via Simulation

After Safarian’s self-proclaimed boring part of the presentation, he showed examples of how simulation and analysis had been used in the certification process. Micro cracks that joined together to form large cracks that affected the integrity of a fuselage were simulated. Bird strikes were simulated and validated in tests. Simulation visualizations of aircraft seat supports and passengers reacting to an impact were overlaid with test results with impressive accuracy. 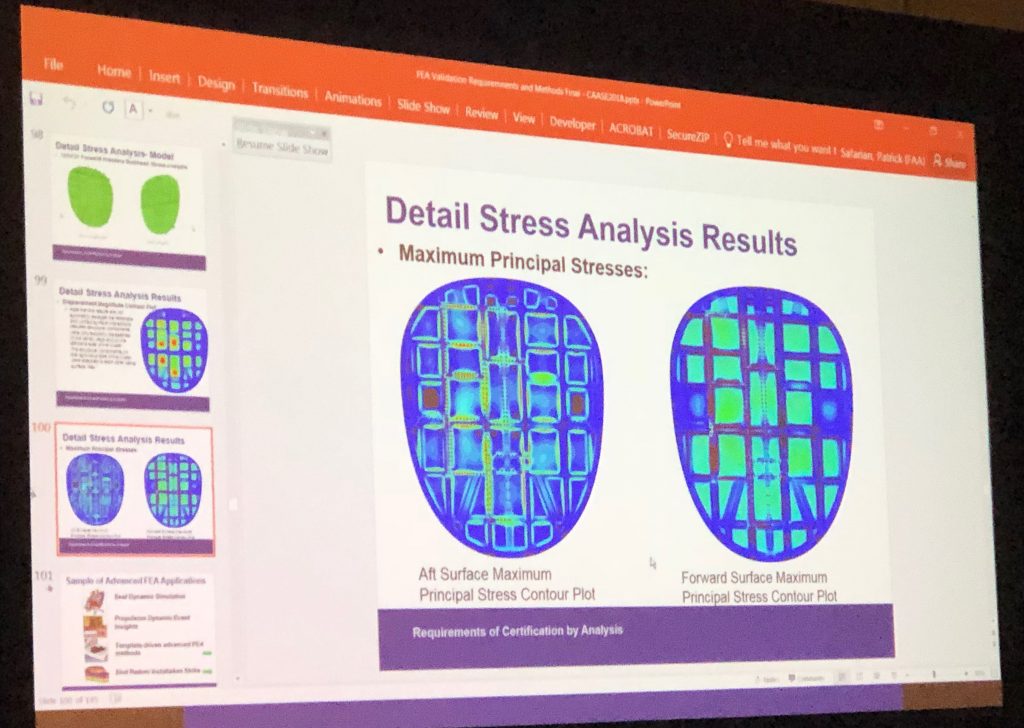 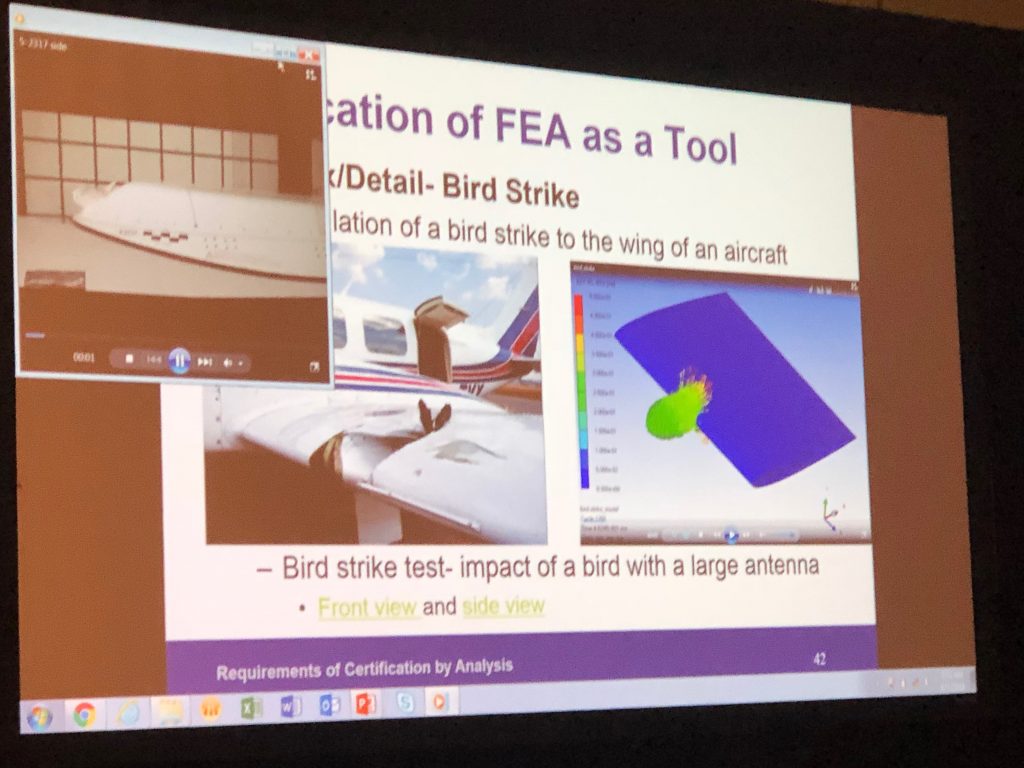 An example of how bird strike simulation was used in aircraft certification. 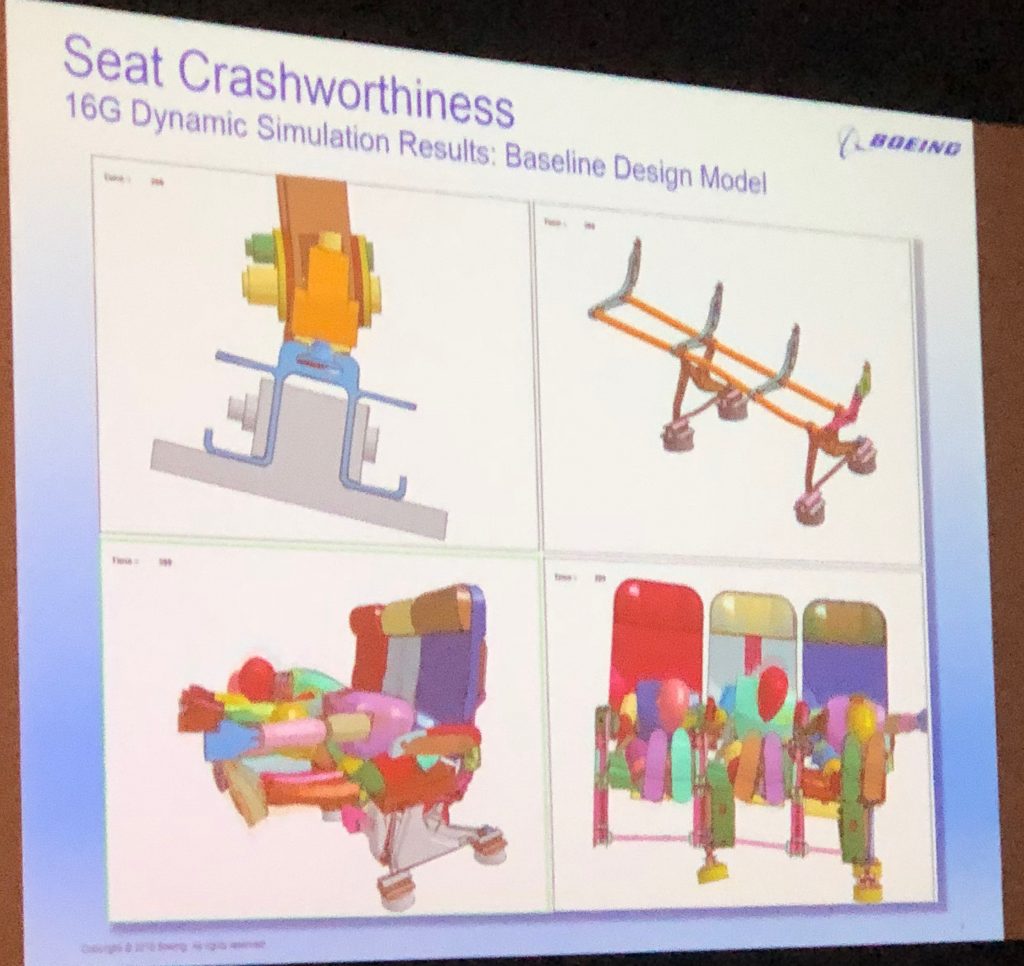 Simulating the crashworthiness of airline seats.

Safarian was quick to note that more analysis does not obviate the need for testing, which will always be needed. “But I believe we can learn a lot more from a good validated analysis than we can from a test,” he said.

One of the most challenging use cases of analysis in certification came when Boeing wanted to certify its composite fuselage, as seen in the Dreamliner.

“Many questions came to mind, Safarian said, “but the most pressing was crash worthiness. What happens if this aircraft impacts the ground? How are we going to certify an aircraft made out of composites?”

Boeing took a 777, simulated it and performed an impact analysis that was validated via testing, complete with luggage. “We used actual lost luggage, so if you lost a bag years ago, that might have been yours,” Safarian noted. 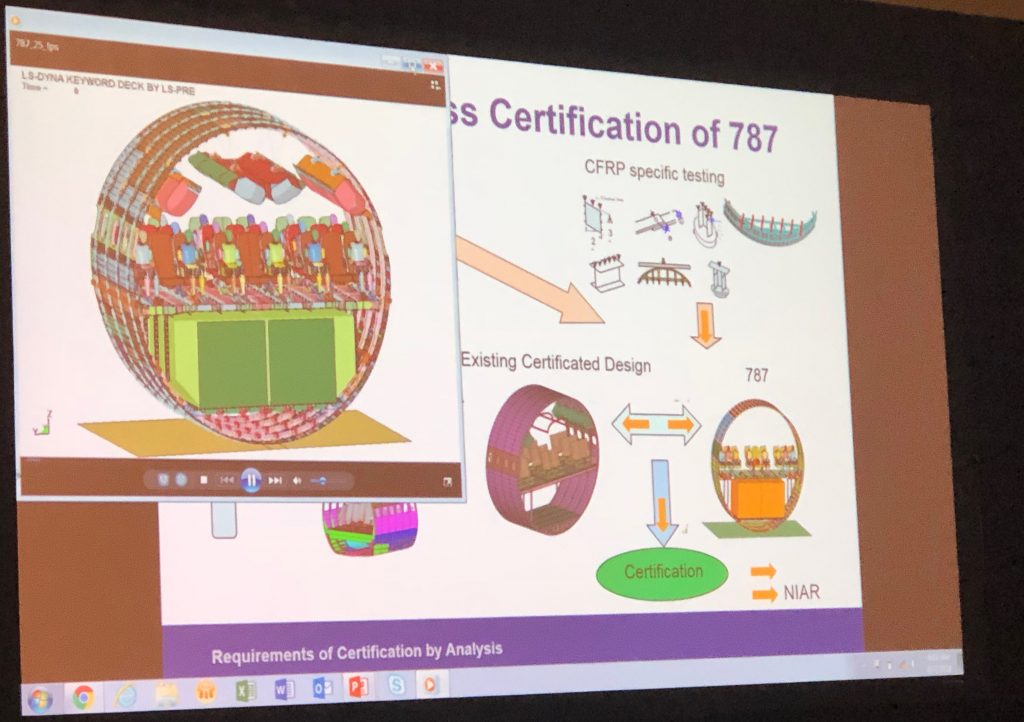 In one physical impact test, Boeing couldn’t take the fuselage high enough in the test facility to get to the 30 ft. per second FAA specifications, but it was able to show its 22-ft.-per-second tests matched its FEA results.

Success stories like Boeing’s will will no doubt lead to additional use of simulation in aircraft certification. “We are moving to do more analysis for certification, but I don’t think it will ever be the only method,” Safarian said. “FEA can be used extensively after validation” for the substantiation and verification of the approaches and results.

For more, read our preview of Safarian’s CAASE18 presentation.