Aerospace giant teams with University of Illinois to host competition aimed at introducing the real-world implications of engineering ethics to undergraduate students.

Aerospace giant teams with University of Illinois to host competition aimed at introducing the real-world implications of engineering ethics to undergraduate students. 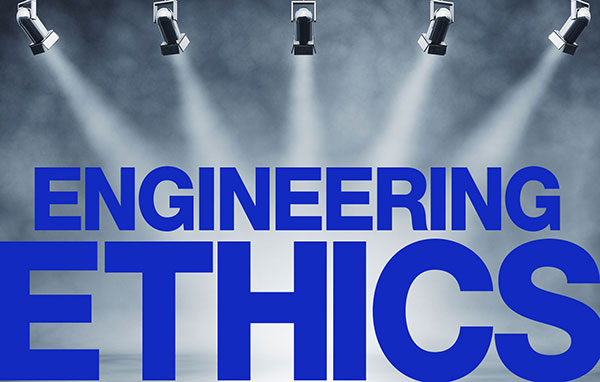 There’s a lot of talk on what can be done to improve the engineering curriculum at a university level. Many focus on the need for building competency in soft skill areas like verbal and written communications while others lament the lack of real-world, industry-relevant project experience compared to time spent in traditional in-class learning.

One area you don’t hear quite as much about is ethics in engineering. Aerospace and defense giant Lockheed Martin, in partnership with the University of Illinois, is trying to change that dynamic with a competition event that showcases the importance of ethical considerations as part of the typical design process.

“You can’t just say let’s make it because we can. Rather, you have to explore: 'Can I make an autonomous vehicle that is responsible, what are the issues that are likely to come about, and how should we be thinking of them?'”

— Gretchen Winter, Center for Professional Responsibility in Business and Society

The pair’s second annual Ethics in Engineering Case Competition, to take place in February at Lockheed Martin headquarters in Bethesda, MD, aims to prepare undergraduate students from technical disciplines to come face-to-face with the ethical challenges of the 21st century. Some of the most significant innovations—robots, autonomous vehicles, even next-generation drone and aircraft design—present new ethical considerations that have relevancy for design decisions. Up-and-coming engineers need to understand the discipline and where it fits in the typical engineering workflow so they can make smarter, more impactful decisions, according to Gretchen Winter, J.D., executive director for the Center for Professional Responsibility in Business and Society, at the Gies College of business at the University of Illinois.

There have been several high-profile cases that illustrate how the disciplines intersect. Back in the 1970s, The Ford Pinto compact car had a rear-mounted gas tank to achieve lightweighting goals, but the design was found to put the car at risk for explosions in the event of impact from a car accident. Instead of redesigning the car, Ford pushed forward with production based on a cost-benefit analysis; the decision ended up being a disaster, putting Ford on the hook for multiple lawsuits and taking a public relations beating for what many saw as design negligence. More recently, Volkswagen was found to have cheated on its diesel emissions tests raising yet another set of issues surrounding engineering ethics.

Companies like Lockheed Martin hope to elevate the issue through competitions like the one it’s co-sponsoring with the University of Illinois. During the competition, which is modeled like a moot court, 12 student teams will be presented with a case involving engineering and business strategies that raises an ethical dilemma. The teams will present their solutions to a team of judges, including representatives from Lockheed Martin, according to David Gebler, Lockheed Martin’s senior manager of ethics engagement.

“There might be some urgency to get a product or piece of equipment to market and a hiccup emerges,” Gebler explains. “Students would have to deal with an ethical choice to get out the product at all costs or stop development and address the problem.”

Exposing students to this level of thinking gives them an advantage when they enter the workforce while elevating the level of corporate talent, he adds. “From a corporate perspective, we have so many new people coming onboard every year, it really helps if students have some sense of how to explore the business and ethical implications,” he adds. “The ability and openness to pull back and see the problem from the other stakeholders involved in the decision is a big head start.” Lockheed Martin also conducts corporate-wide mandatory ethical training for all employees.

With new technologies like artificial intelligence and autonomous vehicles rapidly coming to the fore, companies and engineering organizations need to become even more vested in ethical considerations. “You can’t just say let’s make it because we can,” Winter says. “Rather, you have to explore: 'Can I make an autonomous vehicle that is responsible, what are the issues that are likely to come about, and how should we be thinking of them?'”