Made in Metal but Lighter

As metal AM attracts attention, the need for simulation grows.

As Metal AM Attracts Attention, the Need for Simulation Grows. 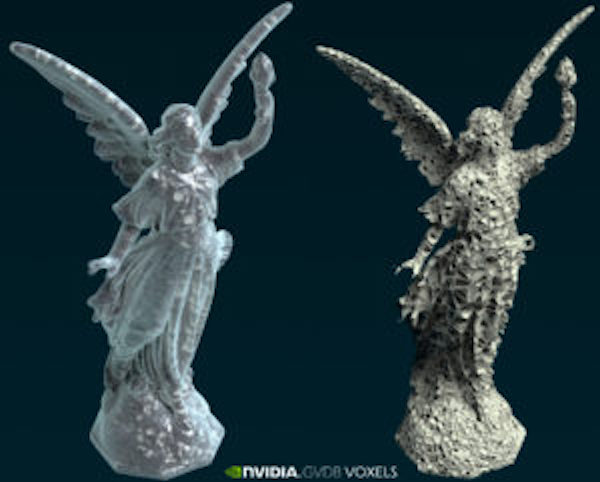 When the early crop of 3D printers appeared, they were called “rapid prototyping” machines for good reasons. Bypassing traditional manufacturing’s volume requirements and preparations, the printers could produce one-of-a-kind mockups and prototypes with a shorter turnaround time. Thus, the technology was largely limited to making samples and test units. For this purpose, plastic or resin-based materials were adequate.

But since then, the term rapid prototyping has been supplanted with “additive manufacturing (AM),” signaling a shift in application. Many automotive and aerospace manufacturers have begun exploring AM—especially metal AM—as a way to consolidate multi-part assemblies, replace solid parts with lattice-filled parts, and pursue unconventional topology for lightweighting. 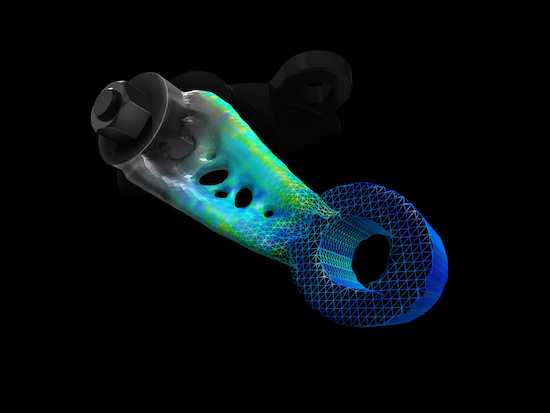 In 2013, the emergence of Markforged, a startup with the technology to 3D-print in metal, stirred much excitement. No longer confined to work only with rein- or polymer-based materials, 3D printing became a viable means to produce end-use parts, not just mockups and prototypes for testing. That was the dawn of a new era—the era of AM for mass production.

“An estimated 1,768 metal AM systems were sold in 2017, compared to 983 systems in 2016, an increase of nearly 80%,” noted Wohlers Associates, in announcing its 2018 annual report on the AM industry. “This dramatic rise in metal AM system installations accompanies improved process monitoring and quality assurance measures in metal AM, although more work is ahead. Increasingly, global manufacturers are becoming aware of the benefits of producing metal parts by additive manufacturing.”

A key considering in adopting AM for mass production is the readily available software tools to simulate the AM process. Whereas the CAM (computer-aided manufacturing) software for simulating traditional machining is robust and reliable, AM simulation software is still in its early phase. Rarer still is simulation software that can specifically address metal-based AM (as opposed to general AM), to simulate, identify, and prevent support structures, lattice filling, and optimization issues specific to designing parts to be printed in metal.

Materialise, well-known in the medical imaging industry, offers Materialise Magics software for print preparation, and Materialise 3-matic software for CAD cleanup and lattice design. “GPUs are well-positioned to support the simulation process, by performing huge amounts of similar calculations on massive but homogenous data sets. As a result, we believe the GPU will play an increasingly relevant role in the AM preparation process,” says Bart Van den Berg, software research engineer at Materialise. (“Plugging GPUs into the Metal AM Workflow,” April 2019.) 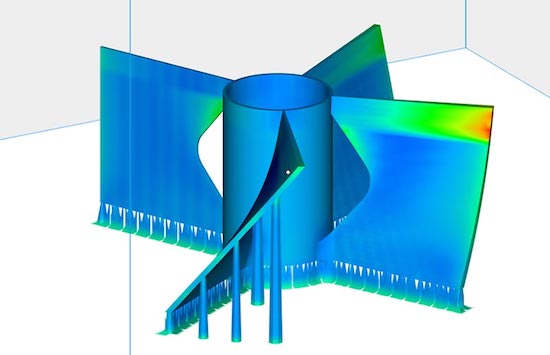 Companies like Materialise believe that GPU computing will play an increasingly important role in additive manufacturing preparation processes, like those enabled by its Materialise Magics suite. Image courtesy of Materialise.

New startup AdditiveLab specifically focuses on metal AM simulation, using the Math Kernel Library (MKL). “During the metal AM process, material is being heated and solidified rapidly. This causes the material to expand and contract very locally and to leave residual stresses in part and support structures. These residual stresses cause localized and global distortions, leading to deformed designs and even to rupture and delamination of the support structure. AdditiveLab’s powerful mechanical analysis utilizes a state-of-the-art multi-scale simulation approach to predict residual stresses and distortions in a layer-by-layer fashion,” the company states in its product home page.

One way to streamline 3D printing is through the use of voxel printing, a process that benefits from the GPU. In simple terms, VDB or voxel database is the 3D counterpart of the pixel, with volumetric and position information in addition to 2D profile. GPU maker NVIDIA came up with the term GVDB to refer to GPU-optimized VDB. GVDB advocates like NVIDIA believe GVDB adoption in AM simulation can lead to much more effective ways to prepare a model for 3D printing, especially in topology optimization operations that seek to identify the best form of lattice-fill structures to counteract stress loads.

NVIDIA offers the GVDB Voxels SDK for developers. The developer kit “has eased the complexity of 3D printing workflows by offering a platform for large-scale voxel simulation and high-quality ray-traced visualizations. And it allows for continuous data manipulation throughout the process,” said NVIDIA. (For more, read “How GPUs Can Kick 3D Printing Industry Into High Gear,” June 6, 2017.)