CarSim and TruckSim support options for extending the vehicle models; those options have been used in the automotive industry to interface VehicleSim products with external powertrain models.

CarSim and TruckSim support options for extending the vehicle models; those options have been used in the automotive industry to interface VehicleSim products with external powertrain models. 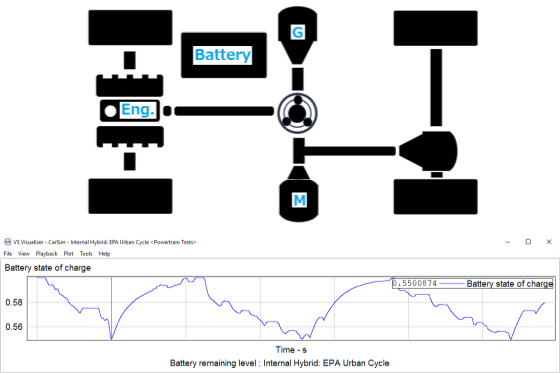 Mechanical Simulation Corporation has released the 2019.1 versions of the vehicle dynamics simulation tools CarSim and TruckSim, which provide high-fidelity math models that reproduce physical test results, yet run fast enough on the computer to support real-time simulation with hardware in the loop, the company reports.

CarSim and TruckSim support many options for extending the vehicle models, and those options have been used in the automotive industry to interface VehicleSim products with external powertrain models, in addition to the built-in model with an internal combustion engine with traditional transmissions, differentials and clutches. As electric and hybrid powertrains have become more popular, Mechanical Simulation has been adding support for electric and hybrid powertrains as part of the built-in model options.

“Given the use of electric and hybrid powertrains, there is a need for vehicle simulations to represent newer powertrains without requiring additional software,” says Dr. Yukio Watanabe, senior development and consulting engineer, Mechanical Simulation.

The more recent releases of CarSim and TruckSim have provided increasing support for electric powertrains. Version 2018.1 included a validated Simulink model for a hybrid powertrain that made use of an improved interface between the native vehicle model and external models made in Simulink. In version 2019.0, the same hybrid math model was included as a built-in module for the vehicle model. In the new 2019.1 release, the built-in module was extended to simulate electric-only powertrain.