VisualCAM 2018 for SOLIDWORKS now includes the ability to run inside the Assembly document of SOLIDWORKS. 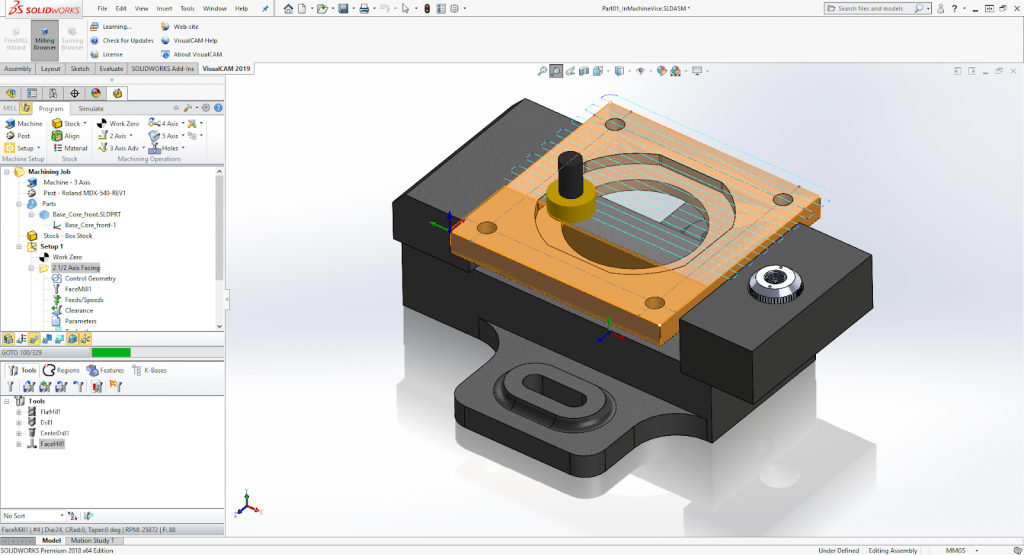 VisualCAM 2018 for SOLIDWORKS now includes the ability to run inside the Assembly document of SOLIDWORKS. Image courtesy of MecSoft.

“The newly released ability to perform CAM programming inside an Assembly document of SOLIDWORKS opens up significant productivity improvements for our users,” says Joe Anand, president and CEO of MecSoft Corporation. “This in addition to the innovations such as Automatic Feature Detection (AFD) and Automatic Feature Machining (AFM) along with the addition of new toolpath methods and enhancements to existing methods have been introduced.  MecSoft continues to deliver functionality only found only in products costing thousands of dollars more.”