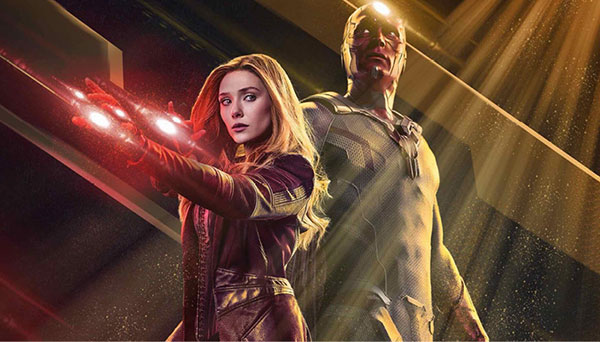 Among its many other honors, MARZ recently earned Emmy nominations for its work on “WandaVision” and “The Umbrella Academy.” Images courtesy of MARZ.

Technology Focus: Generative Design
In this Special Focus Issue, we take a look at the expanding world of generative...
Design Resources

In 2018, a small group of talented, creative and, above all, enthusiastic people got together in Ontario and decided to make monsters for a living. And since monsters alone don’t pay the bills, they decided to also produce a host of other fictitious characters, most of them supernatural.

In fact, these Canadians were so excited about all things fantastic that they named their fledgling company after their intended creations: and thus Monsters Aliens Robots Zombies (MARZ) was born.

Three years later, MARZ boasts 150+ employees, has been nominated for numerous awards—including a recent Emmy nod for their work on “WandaVision” as well as Season Two of “The Umbrella Academy”—and is at the forefront of the television special effects industry.

They’re also extremely busy, and according to Matt Panousis, chief operating officer, have become the fastest growing company in the field.

“We work on an insane volume of projects,” he says. “This year alone, we’ll contribute to 57 television shows, far more than a traditional visual effects (VFX) company could manage. But that’s our business model, and while it’s a challenge, it’s also an opportunity that—thanks to proper execution—has made us unique among our competitors.”

Execution has never been a problem for this relative newcomer to the VFX space. Aside from the television shows already mentioned, MARZ’s accomplishments include contributions to “The Walking Dead,” “Y: The Last Man,” “Invasion” and “Messiah,” all of which benefited from the company’s extensive capabilities in everything from head replacement and body augmentation to crowd duplication and digital costumes.

Surprisingly, the team does these projects using tools that any industrial design engineer would recognize, among them content creation software from Autodesk and graphics processing units (GPUs) for the extensive rendering needed in this environment. Just as important, though, is the need to focus on design workflows and overall efficiency throughout the digital production process.

“The television industry is unlike film, where projects can take several years to complete and budgets are relatively generous,” says Panousis. “So yes, people come to us for our creative skills, but equally important is our ability to turn content around quickly, on time and often under tight financial constraints.” 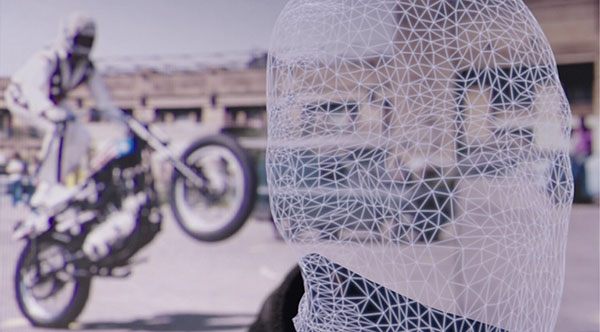 The ability to seamlessly superimpose new imagery onto existing plates is key to MARZ’s success.

Much of this responsibility falls on the capable shoulders of Kristine Middlemiss, chief technical officer at MARZ. She explains that the VFX process begins with receipt of the “plates” from the client, live-action footage into which various departments must digitally insert whatever is needed for the scene. This can be anything from an exploding car to a horde of shuffling zombies, with each individual frame requiring input from animators, lighting experts, compositors and tracking artists.

It’s due to all of these moving parts that Middlemiss spends much of her time thinking about mouse clicks.

“It’s important to spend time watching how our creative staff works and learning where their inefficiencies are,” she says. “You can then take steps to improve the process. You might group similar design items, for example, or begin to automate certain aspects of the workflow, whether that’s by customizing the tools or through the use of third-party products.”

Counting mouse clicks might seem like overkill, but as Middlemiss notes, anything she and her technical team can do to streamline the creative process helps to keep MARZ designers “in the zone.”

The technology should be invisible to them, she says, allowing them to focus all energies on one thing: building better, more realistic creatures and effects as efficiently as possible.

Panousis agrees, pointing to the company’s use of first-principles thinking to break down problems into their core components. Doing so allows them to set aside preconceived assumptions and continually rethink their core processes.

“Given the pace at which technology across the board is progressing, what was true last year is probably no longer true today, so if you’re not questioning yourself on a routine basis, you’re probably missing something,” Panousis says.

One example of this is the company’s reliance on high-end GPU rendering rather than the conventional CPU rendering embraced industrywide, a decision that co-founders Jonathan Bronfman and Lon Molnar made early on. The company heavily leverages NVIDIA GPUs with RTX technology.

This reduces the processing time on many projects from “days to hours,” says Middlemiss. Obviously, this is a huge cost savings, but more importantly, it gives the MARZ creative team more time for fearless iterating, leading to higher-end products. 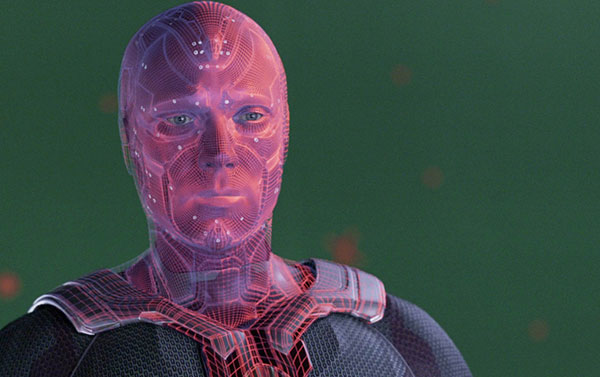 That said, the switch to GPU took more effort than simply investing in the right hardware.

“People in the VFX industry overall have certain ways of doing things, and many of us have had to adjust our mindsets somewhat to fully leverage GPU,” says Middlemiss. “For instance, you can’t just plug in a project and get to work, but must instead make sure that the pipeline is set up properly to assure a smooth, end-to-end data flow. Once you master GPU, however, it definitely unlocks better quality and increased efficiency.”

Middlemiss and Panousis have also been exploring the use of machine learning and artificial intelligence technologies to make advanced graphics generation easier. Unfortunately, these are either hugely expensive or inadequate to the company’s needs, which is why they’ve begun developing their own proprietary systems. Panousis is unable to share additional details on this project, except to say that “we feel very confident in its abilities. Stay tuned.”

Ironically, one of the biggest challenges has been finding enough computing hardware to meet customer demand. For this reason, Middlemiss has been relying on cloud-based systems of late, although Panousis is quick to note that this is not a cost-effective solution.

“As with most technolog[ies], cloud costs will become more digestible over time, but for now at least, local rendering makes better economic sense. Still, you do whatever it takes to stay ahead of the curve. That’s how we’ve gotten to where we are now,” Panousis says.