More than 600 attendees from 34 different countries had the opportunity to attend hundreds of sessions that covered everything from simulation of additive manufacturing to stochastics and cloud computing. 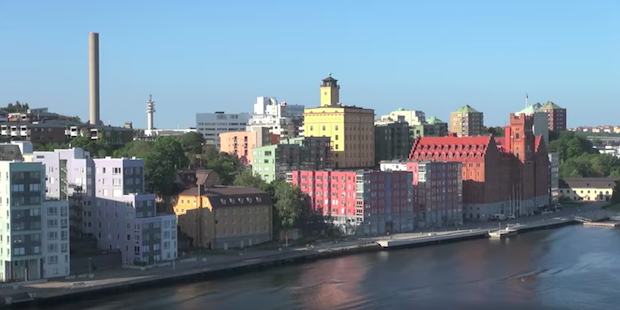 Stockholm, Sweden, thought to be founded in 1252, spans 17 islands that are connected by bridges. Its Old Town, with centuries old, brightly colored buildings and narrow cobblestone streets, is on one such island. The more modern, minimalist aesthetic often associated with Sweden surrounds it. It was an appropriate site for the NAFEMS World Congress (NWC) 2017, held June 11-14, which connected the engineering analysis, modeling and simulation community to discuss solutions to old and new challenges.

CAASE Event to Launch in June 2018

Digital Engineering (DE) and NAFEMS Americas are teaming up to present CAASE, the Conference on Advancing Analysis & Simulation in Engineering, June 5-7, 2018 in Cleveland. Learn more.

NWC 2017 incorporated the third International Conference on Simulation and Process Data Management (SPDM), and provided training for Professional Simulation Engineer (PSE) certification. More than 600 attendees from 34 different countries had the opportunity to attend hundreds of sessions that covered everything from simulation of additive manufacturing to stochastics and cloud computing. With so many sessions, the organization focused the keynotes on addressing eight big issues:

In the opening day’s plenary session, Steve Chisholm, director of Structures Engineering, Boeing Commercial Airplanes, touched on many of those big issues to drastically reduce the amount of expensive tests needed for aircraft certification.

“For a typical development program, it’s thousands, tens of thousands of tests,” he said. From material coupon tests to components to large, static tests—it’s a huge expense that is critical not only for certification but for confidence that the aircraft it produces are safe.

The company found it could accurately simulate the effects of older tests, and then modify those simulations to match newer aircraft tests. By not starting from scratch, and building upon its history of testing and simulation of failure mechanisms, Boeing wants to eliminate a number of tests in an approach Chisholm calls “smarter testing.”

“Imagine if you’re a regulatory authority, and I come to you and I say: ‘I would like to do certification by analysis. We’ve always used all these tests, but I’m really smart and want to do analysis to just show you the end results, and I want you to accept it.’ What they’re going to hear is: ‘I would like to get out of something really expensive.’ If, instead, I approach the authority and say: ‘I want to be really smart about how I approach testing. I want to show you the result before I do my validation.’ And then I’m right. Do you think over time I’ll be doing less testing? Most likely.”

For example, Chisholm said some hugely expensive static tests, such as lifting up a wing, pressurizing and bending the fuselage, haven’t produced any new knowledge for quite awhile. He said they have the potential to eliminate some of those tests because they can simulate them so accurately using existing data.

“Going forward, we have to understand how to use a templated approach with advanced finite element analysis (FEA),” Chisholm said, “so non-experts can apply this (knowledge) in a valuable way.”

There is a danger in the democratization of simulation, said Dr. Barna Szabó is Co-Founder and Chairman of Engineering Software Research and Development, Inc. (ESRD) in his keynote on day two of the conference.

Szabó was careful to say extending analysis to “people with expertise in fields other than numerical simulation … (rather than non-experts) can become a liability if it’s not used properly, because it’s possible for them to inject misinformation into the design process.”

Another potential wrench thrown into the works of both democratization and data reuse is additive manufacturing. New parts created via 3D printing makes it difficult to go into a design manual or pull up a classical analysis method and apply that to a margin of safety.

“So how do we use that template-based approach in this arena—leveraging advanced FEA—so that all of our engineers, not just the ones who have a deep understanding of simulation, but all of our engineers can leverage this technology for non-traditional architectures?” Chisholm asked. “It’s a big challenge.”

Another challenge is managing simulation data in the age of Big Data. To mine value from simulation data across an organization, it needs to be accessible to people from multiple disciplines. It needs to play nice with various business and operations platforms, such as product lifecycle management (PLM), enterprise resource planning (ERP) and materials databases, just to name a few.

“Simulation data management (SDM) is much more complex than PLM for CAD,” said Dirk Ruschmeier, manager of Data Management Systems & Exchange Processes, Virtual Vehicle, at Porsche, during his NWC presentation. “We have to adjust and evolve at the minimum, or maybe rethink how SDM is incorporated into our world.”

Dirk Ruschmeier, Porsche, shares how the co. is implementing simulation data management. After 10 yrs., not where want to be yet. #NAFEMS17 pic.twitter.com/IyEJWs3lWl

For example, self-driving vehicles require huge amounts of information to ensure safety. To gather that information might require driving 1 billion kilometers of roads. “A good test driver might log 1 million kilometers in a lifetime,” Ruschmeier said. “Clearly, we need simulation.”