Napkin Drawings with a Digital Touch 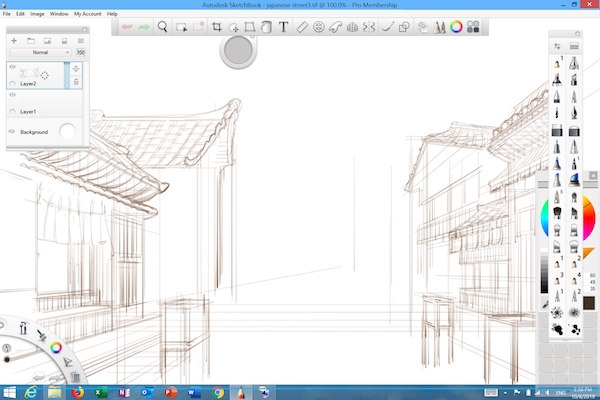 For good reasons, “napkin drawing” still remains the perfect way to describe the process of capturing a spontaneous idea you cannot afford to lose. The emphasis is on the “napkin,” the ubiquitous piece of paper that indiscriminately preserves whatever inspiring words, flow chart, system design or plot twist you need to capture.

How does this process work for engineers and designers in the connected era? Is there a better alternative to the fragile paper napkin? To answer this, we look at some technologies that combine the napkin’s convenience with the pixel’s advantage.

A surprise hit in the Autodesk consumer product lineup, Autodesk SketchBook is available for smartphones and tablets. The software is ideal for hardware with stylus support, as it uses the system’s pressure sensitivity to make the stylus work like pencil, color pencil, pen, brushes, palette knife, charcoal and a range of drawing materials. With the ability to mimic the thick slushy texture of oil paint, the dissolved edges in watercolor and the trailing edges in pen strokes, the software has become a favorite among illustrators, industrial designers, game character designers and comic artists.

One tool that’s particularly useful for architects and engineers is the Perspective Guides. With this function turned on, you can easily trace and snap your lines to the predefined vanishing point. This tool reduces the workload required to produce accurate orthogonal views of buildings and assemblies.

While SketchBook allows you to create impressive looking artworks and stylized drawings, the output formats are mainly rasterized formats. Therefore, you don’t have the option to save in Vector format, the preferred alternative for reusing the lines and arcs as guides in CAD programs. The Vector export option was available in the now discontinued SketchBook Designer, specifically developed for industrial designers. Vector export remains a frequently requested feature on the community forum for Autodesk SketchBook product. With sufficient user pressure, the tool may be put back on the R&D team’s to-do list.

The iPhone and iPad versions of SketchBook are free. The full desktop version is $10 per month via Autodesk Subscription. This low price makes the product a risk-free proposition. The UI and tools cater more to illustrators and artists, but engineers and industrial designers should have no difficulty using the program for their own purposes.

Catchbook is by Siemens, known for its mainstream CAD program Solid Edge and its flagship CAD-CAM-CAE suite NX. The engineering legacy of Siemens is evident in the way Catchbook lets you draw precision 2D sketches, even with fingertips. The way you enter dimensions and resize the parametric sketches is nearly identical to how the same functions work in parametric CAD programs. For this reason, CAD users will find Catchbook to be a familiar environment.

One notable feature is the software’s ability to recognize standard engineering shapes (such as rectangles, circles and triangles) from your rough hand-drawn sketches, then convert them to mathematically accurate and editable objects. It also lets you import photos, offering you a way to draw on top of photos of existing objects as guidance (for example, using the photo of a couch as a reference while sketching a room’s layout to get the proportions right). 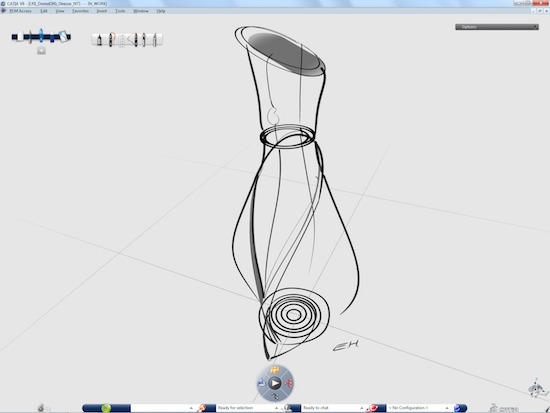 Make a mistake? Simply draw some squiggles over the object (the digital equivalent of crossing out something) and it disappears. This feature goes along way to mimic how you might draw, edit, and reshape concepts on a real napkin, with a much better way to cleanly erase your mistakes. Catchbook offers SVG, DXF, PDF and PNG export options. It’s available as a free download from the Microsoft store.

PTC, a rival of Autodesk and Siemens, offers Creo Sketch, associated with its other Creo-branded CAD and simulation products. The product is free, downloadable from PTC. The list of drawing objects—pencils, markers and brushes—are not as extensive as SketchBook, but more than adequate for quick sketches and concept designs. Just like SketchBook, the software is pressure-responsive on pressure-sensitive hardware. In other words, the more pressure you put on the stylus, the thicker the line gets.

Creo Sketch also offers a series of Spline curve tools, allowing you to reproduce a hand-drawn sketch in a series of editable Spline curves. The color-fill tool lets you apply solid colors or gradients inside Spline-enclosed objects. The text tool lets you add annotations or headlines to the design without the need to export the drawing to another program (such as Adobe Illustrator).

Dassault Systèmes offers CATIA Natural Sketch, as part of its CATIA 3D modeling application. Distinct from the others mentioned, CATIA Natural Sketch allows you to draw not only in 2D space but also in 3D, which makes reusing the curves and lines as guides for CAD much easier. The ability to sketch in 3D space and on 3D surfaces makes it ideal for drawing or tracing over asymmetrical objects (such as shoes). But as an inseparable part of a rich comprehensive 3D modeling program widely used in automotive and aerospace, CATIA Natural Sketch is also a costly digital napkin.

The sketching software’s ability to mimic the pen-and-paper workflow is directly linked to the rise of graphically powerful tablets with built-in pressure awareness. With this feature, the stylus functions just as a pen, marker, or paint brush in an artist’s tool chest would. Illustrators and artists can deploy the software on consumer-class mobile tablets and smartphones. However, for engineering users who need to run not only the sketching software but also the more compute-heavy CAD and simulation programs, workstation-class tablets, such as those in the Dell Precision product line, stand out as the ideal systems. With a single system that can accommodate modeling as well as sketching, you eliminate the need to transfer the files from one system to another via USB thumb drives, network connections or emails.