Attendees to NIWeek 2015 in Austin, TX, were shown how far the Industrial IoT is advancing. 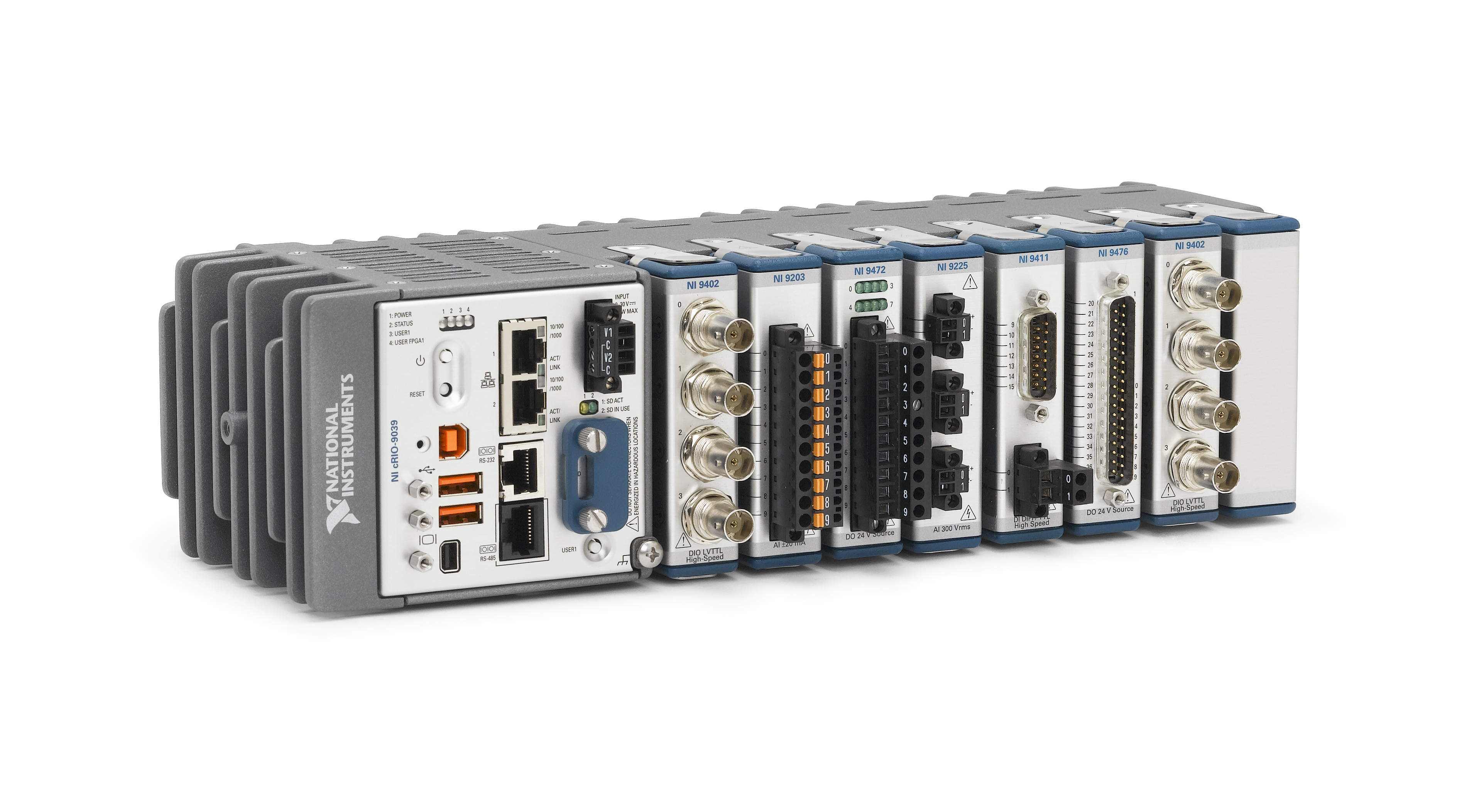 The Quality Leader’s New Product Introduction Playbook
The market's visibility to early quality issues has never been greater and will continue to...
Test Resources

Attendees at last year’s NIWeek learned about the promise of the Industrial Internet of Things (IoT), but attendees to NIWeek 2015 in Austin, TX, this week were shown how far it is advancing.

Some statements made from the stage during the opening keynote illustrate the tone of the event:

Truchard: We have ability to invest the most in our platform so we can create differentiation like Intel has with microprocessors. #NIWeek

National Instruments looked to back up those statements with three days of keynotes that featured real-world examples of how companies from various industries are using the NI platform to develop the Industrial IoT. Applications ran the gamut of industries: agriculture, transportation, energy, telecommunications and more.

The Broad Reach of the Industrial IoT

The most obvious example was FireFly Equipment’s ProSlab 155 slab harvester. “Obvious” because the huge machine — which was described as a factory on wheels — couldn’t be missed in the keynote and exhibitor halls. The automated turf harvester used LabVIEW software and the CompactRIO architecture to increase turf harvesting speeds by 20% and reduce fuel consumption by 50%. FireFly engineers can also remotely monitor, diagnose, update (and control) the sensor-laden ProSlab 155, as they demonstrated by starting and operating it from the stage. Learn more here.

Many of the applications on stage were finalists in the NI Engineering Impact Awards. Learn about all winners here, and read their award submission papers here.

For example, the NI Engineering Impact Award winner in the Transportation category was Toby Schulz from Vantage Power. Shulz’ company is retrofitting diesel buses with hybrid powertrains to save up to 40% in fuel consumption. He said his team used CompactRIO and LabVIEW system-design software to create the onboard embedded controller for the hybrid powertrain. Condition monitoring data from the hybrid system could be collected and provided to Vantage Power’s customers for predictive maintenance and fleet optimization.

Jaguar Land Rover showed how it was making use of more data using the NI platform. Its engineers generate 500GB of data per day, and were not efficiently analyzing that data, said Pablo Abad, a research engineer with the company in the UK. In fact, he said they were only analyzing about 10% of their data because it took so long to find the data they needed. After one year of implementing NI’s DIAdem and DataFinder Server Edition, Abad said the company can now find data 20X faster than before and is analyzing more than 95% of the data they collect.

Staying with the transportation industry: Embraer also took the stage with NI Alliance Partner Clemessy during NIWeek to show how they used the NI platform to test a new primary flight controller actuator by building a large, synchronized system to simulate an entire plane.

The NI Impact Award Application of the Year was in the healthcare industry. The Healthcare Technology Innovation Centre developed ARTSENS, an easy-to-use, non-invasive way to investigate arterial wall dynamics and perform automatic measurements of arterial stiffness. People with stiff artery walls often have vascular issues that can be treated after early detection with ARTSENS. The organization employed the sbRIO-9651 System on Module (SOM) to use its existing LabVIEW algorithms in a mobile version of the ARTSENS. Learn more here.

Also in healthcare: Berlin Heart’s EXCOR Pediatric ventricular assist device (VAD) has been implanted in more than 1,500 children worldwide to save their lives. It helps keep children alive as they wait for a heart transplant. The company uses NI’s LabVIEW and CompactDAQ controller to test the system.

Other impressive applications of the NI platform included the Scalevo stair-climbing wheelchair that was developed by students over just two semesters at ETH Zurich, a technology-focused university based in Switzerland. The team won National Instrument’s Engineering Impact Awards’ Student Design Challenge.

NI is also working with researchers at ETH Zurich on a seismic exploration experiment that uses LabVIEW and 665 PXI express modules to scale up to nearly 1,000 high-speed channels and 400 FPGAs coordinated together into a massive, real-time supercomputer. NI’s Neil Feiereisel said the experiment with a 10-ton rock in a tank of water is intended to learn how sound waves travel through layers of rock and sediment using 800 microphones and speakers that then cancel the sound waves. Data is transferred every 50 microseconds, requiring 40TB/s of memory bandwidth just to read in the control matrix.

The sheer scale of the FPGA supercomputer garnered quite a bit of applause, but one of the loudest rounds was given to a sensor-laden mountain bike and its digital twin. As we’ve reported here, here and here, a digital twin is a CAD model of an instrumented physical product that can be used to see how real-life use of the physical product affects the design. The applause came when PTC representatives pointed an iPad camera at the bike, showing an image of it that was overlaid with data in an augmented reality application. The demonstration shows what’s possible with real-time data. Imagine an instrumented pump or gearbox that a maintenance worker could look at via augmented reality to diagnose issues without removing and dismantling it, for example.

PTC wasn’t the only CAD vendor represented at NIWeek. Thursday’s keynote included a presentation from MAYA Design‘s Mickey McManus, an author, futurist and visiting Autodesk research fellow. He tried to give attendees a sense of how the IoT, digital manufacturing and machine learning are on a collision course that could lead to the creation of trillions of new connected products, not just the billions of connected devices expected in the next 5 years. He said new design paradigms, like Autodesk’s Within that uses generative design, will be needed to keep up.

NI and Autodesk seem to be taking steps to keep up with the explosion of connected products. The final opening keynote ended with Autodesk’s VP of Corporate Strategy John Pittman taking the stage with University of California, Berkeley Professor David Auslander to announce they are working on ways to integrate Autodesk and NI products.

“Things used to be physical ... but now they are becoming complex cybermechanical systems,” he said. “They’re not static over time, they’re mutable, they learn. The things, increasingly, aren’t controlled by mechanical forces. They’re controlled by software ... That’s a very different world than we’ve designed for in the past.”

IBM’s Greg Gorman says he drives a 20-year-old car so he doesn’t worry about it getting hacked. http://t.co/Xh4b8HBxBB #NIWeek — Desktop Engineering (@DEeditor) August 4, 2015

That world requires a different design approach, said Pittman. “It means we have to collaborate,” he said. “In the 21st century, the key skill will be bridging between disciplines, connecting the disciplines.”

To that end, Berkeley’s Jacobs Institute for Design Innovation is working on an integrated toolchain to make it easier to integrate physical models. “Our challenge is to take a mechanical system design in software such as in Autodesk Inventor, and from it produce a fully dynamic simulation, and do it automatically,” Auslander said. “What we’d love to do is make simulation available, cost effectively, to the 95% of applications that don’t currently use it.”

We’ll be covering this collaboration among NI, Autodesk and UC Berkeley to delve more deeply into Auslander’s research that intends to take the output of Autodesk Inventor and put it together with Modelica (an object-oriented, equation-based language) to feed into LabVIEW and ultimately be deployed in controllers like the CompactRIO.

Such a toolchain could further break down the walls between mechanical, electrical and software engineers, allowing them to create increasingly complex, connected products more quickly and cost effectively.

The latest version of NI’s LabVIEW system design software is focused on speed and productivity improvements. It is able to open large libraries up to 8X faster almost doubles memory utilization, according to the company.

“Even if you’re an entry-level LabVIEW guy, we have an interface that makes it very easy to write your own,” Gretlein says. The right-click options are written in LabVIEW.

LabVIEW users can extend its functionality via the LabVIEW Tools Network — “the app store for engineers” — which recently surpassed 4 million downloads.

Learn more about National Instruments’ platform in the NIWeek 2015 video demos below: