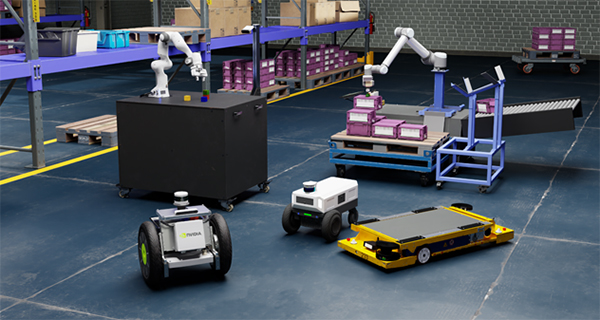 Built on the Omniverse platform, Isaac Sim is a robotics simulation application and synthetic data generation tool. It allows roboticists to train and test their robots more efficiently by providing a realistic simulation of the robot interacting with environments that can expand coverage beyond what is possible in the real world, NVIDIA reports.

This release of Isaac Sim also adds improved multi-camera support and sensor capabilities, and a PTC OnShape CAD importer to make it easier to bring in 3D assets. These new features will expand the breadth of robots and environments that can be successfully modeled and deployed in every aspect: from design and development of the physical robot, then training the robot, to deploying in a “digital twin” in which the robot is simulated and tested in an accurate and photorealistic virtual environment.

Isaac Sim is built to address many of the most common robotics use cases including manipulation, autonomous navigation and synthetic data generation for training data. Its modular design allows users to easily customize and extend the toolset to accommodate many applications and and environments.

Synthetic Data Generation is a tool that is used to train the perception models found in today’s robots. Isaac Sim has built-in support for a variety of sensor types that are important in training perception models. These sensors include RGB, depth, bounding boxes and segmentation.