GPU acceleration has opened up new possibilities when it comes to visualization and rendering thanks to the speed and power of the NVIDIA RTX™ GPU technology. In 2019, Luxion announced that its KeyShot product would support NVIDIA-based GPU rendering. The most recent version of the software is even faster, and when combined with the new NVIDIA RTX™ A6000 GPU has demonstrated performance up to 100X faster than CPU-based rendering, according to the company.

To support real-time rendering in design workflows, engineers need workstations that are configured with sufficient NVIDIA RTX™ GPU resources. Dell Technologies has published a white paper that takes a deep dive into these workstation configuration issues, Selecting the Right Workstation for Design Visualization in Product Development.

The Case for Real-Time Rendering

In the past, this type of rendering was limited to specialized software tools and users, but with the advent of NVIDIA RTX™ GPUs and NVIDIA Iray physically based rendering, any designer with a properly equipped workstation can quickly render complex designs.

With the real-time ray tracing enabled by NVIDIA RTX™ GPU technology, designers can create renders in just seconds, on demand. Because of the power and benefits this type of rendering can provide in the design cycle, a number of software providers have added NVIDIA RTX™ GPU support to their rendering products.

As mentioned above, KeyShot was one of the first to incorporate NVIDIA GPU-aceleration. The software provides the ability to toggle between CPU and GPU rendering, and supports multiple NVIDIA RTX GPUs simultaneously. In addition to Luxion KeyShot, SOLIDWORKS Visualize leverages real-time ray tracing to create photorealistic imagery, interactive animations, and 360 degree spins for complex designs. In addition to its integration with the SOLIDWORKS design suite, it also supports file formats including Autodesk Inventor, PTC Creo, McNeel & Associates Rhino, Solid Edge and Siemens NX.

Autodesk VRED also supports NVIDIA GPU rendering, and is used for product presentations, design reviews and virtual prototyping, primarily in the automotive sector. Likewise, Chaos V-Ray was another early supporter of the technology.

High-speed rail specialist Alstom is leveraging VRED and NVIDIA RTX A6000 GPUs to achieve a 40X improvement in performance.

“Rendering is all about speed,” said Luxion co-founder Henrik Wann Jensen in an interview with APDRC last year. “As you get more speed you can do more. The customers we work with that have gotten faster computers and hardware, they do well. Performance is just getting so good it enables a really smooth workflow. In KeyShot we have always had a really smooth workflow, but you can really take it up a notch when you have complex scenes and have these super fast NVIDIA RTX™ GPUs.”

More recently, NVIDIA rolled out its NVIDIA Omniverse™ Enterprise product, which provides a collaborative platform for 3D design teams using multiple CAD and visualization tools. Team members can work together in an entirely virtual space without the need for difficult file conversions. (You can learn more about NVIDIA Omniverse Enterprise in our earlier coverage here.)

NVIDIA offers a range of RTX™ GPUs for the professional workstation market. The chart below provides a good snapshot of the Turing and Ampere RTX™ GPUs.

The NVIDIA RTX™ GPUs available in Dell Precision workstations offer large amounts of memory, starting at 6GB up to 48GB, while mobile NVIDIA RTX™ GPUs range from 4GB to 16GB. This provides the compute capacity not only for complex rendering, but also GPU-accelerated simulation and other applications. In some Dell workstations, multiple GPUs can be utilized in tandem via NVIDIA NVLink technology.

The use of multiple NVIDIA RTX™ GPUs (available in the Dell Precision 5820, Precision 7820, and Precision 7920), along with the availability of hybrid GPU/CPU rendering in some applications, can dramatically reduce rendering times.

The type of NVIDIA RTX™ GPU, number of NVIDIA RTX™ GPUs required, and amount of needed memory will vary based on application and workflow needs. Product designers and engineers can be well served by the 6GB NVIDIA RTX™ A2000, for example, but rendering and visualization specialists with demanding workflows should consider the NVIDIA RTX™ A5000 (16GB) or above. Dell Precision workstations are also configured with appropriate power, cooling, support for PCIe Gen 4, and other features to ensure optimized GPU performance. 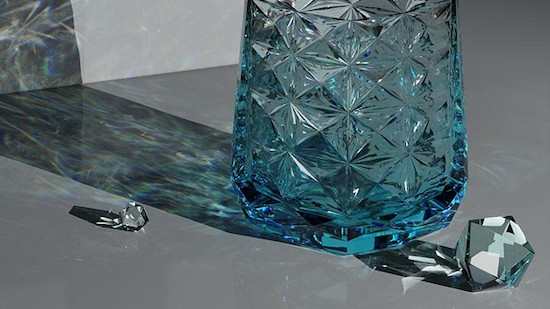 The Dell whitepaper also provides Dell Precision workstation configuration recommendations based on visualization workflows. You can download the paper here.