In recent years, 3D printing has been hailed by many media outlets as a harbinger of a manufacturing revolution that will usher in a custom-built world.

While acknowledging that the news reports are a few decades late, the keynote speakers who opened RAPID 2013 on June 11 in Pittsburgh didn’t exactly disagree with those claims.

“It is truly vital to engage in advanced manufacturing opportunities,” said Brett Lambert, Deputy Assistant Secretary of Defense for Manufacturing and Industrial Base Policy, U.S. Department of Defense. “The world has changed and is changing as we gather here today.” 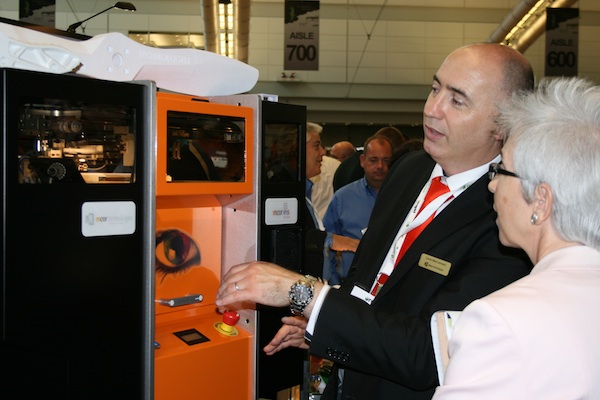 Michael F. Molnar, chief manufacturing officer, National Institute of Standards and Technology (NIST), agreed with Lambert, but said the country needs to focus on advanced manufacturing techniques, including 3D printing. The National Additive Manufacturing Innovation Institute (NAMII) is one way to improve that focus. Molnar said NAMII and three new institutes for manufacturing innovation that will be founded this year, are trying to bridge the gap between research and commercialization.

Edward Morris, director of NAMII, said the institute envisions widespread adoption of additive manufacturing as increasing U.S. competitiveness, revealing new and better products and manufacturing techniques, and spinning off new companies with highly skilled workers. That’s a tall order, but even after more than 20 years, there’s a feeling at the show that additive manufacturing has just scratched the surface of its potential.

Initial attendance figures showed 2,700 people, including exhibitors from nearly 100 companies, traveled to the conference this year. That’s up from less than 1,500 attendees last year and about 1,300 in 2011.

The show floor backed up those early numbers, with crowded aisles and busy exhibitors. Conor and Deirdre MacCormack from Mcor Technologies said their business continues to expand, especially after launching a deal with Staples Printing Systems Division to launch a new 3D printing service called “Staples Easy 3D,” online via the office store. 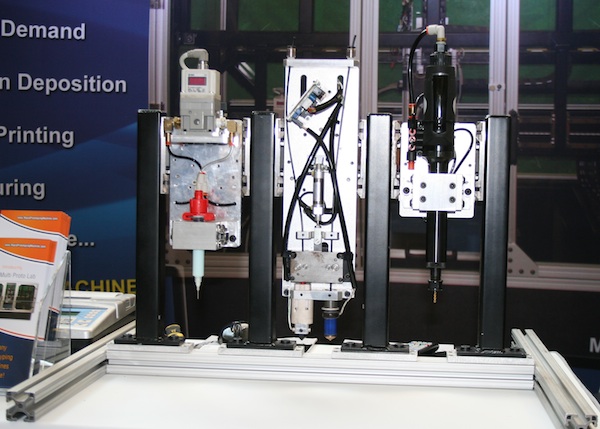 The booths at Stratasys, 3D Systems, Envisiontec, EOS and others were likewise packed with attendees getting a close-up look at different additive manufacturing and scanning technologies. Surprisingly, there was no sign of MakerBot, which made a point of targeting the engineering industry with its MakerBot Replicator 2.

In any case, the increased media attention seems to have brought the benefits of rapid prototyping and custom manufacturing to light to many new people, but it’s still just getting started.

Read our coverage of day two of the RAPID 2013 Conference & Exhibition here.