CORTIME says that its CORTIME parametric optimization tool for SOLIDWORKS helps engineers explore optimal designs by automating their design evaluation process. The company adds that the purpose of this computer-aided optimization (CAO) tool is to substitute the tedious manual design process of trial-and-error development with an automated, data-driven approach to design exploration and testing. 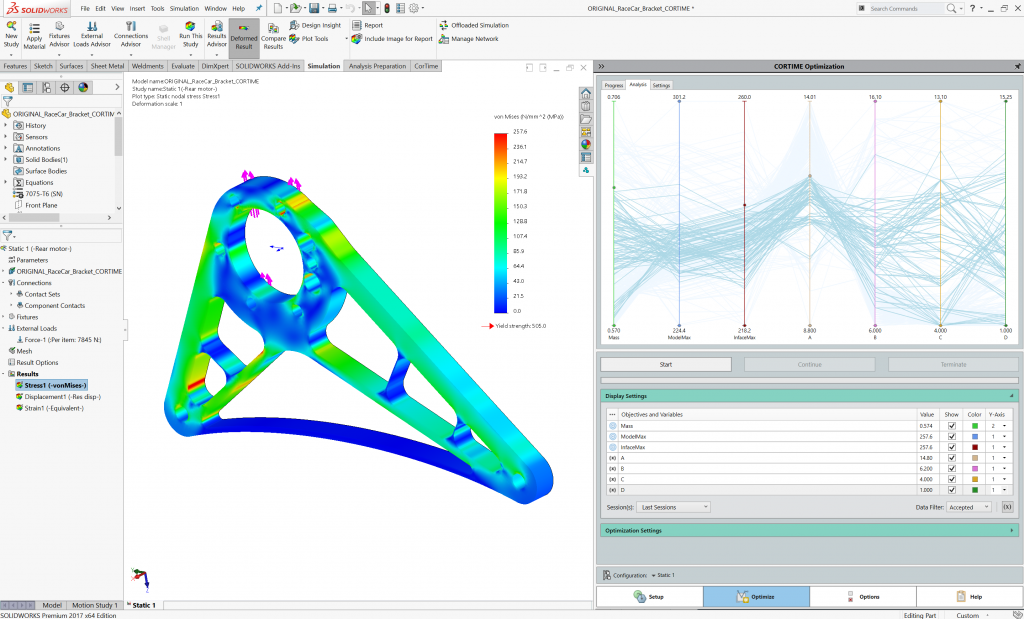 CORTIME’s CORTIME computer-aided optimization (CAO) tool is engineered to provide designers with a toolset of direct optimization algorithms that automate the design optimization process and eliminate the need for manual trial-and-error development. Image courtesy of CORTIME.

When given a SOLIDWORKS design to optimize, CORTIME uses its optimization algorithms to explore thousands of iterations of the design space based on user-defined design demands and performance goals, such as maximizing flow or reducing the mass without compromising product durability. There are no limits to the number of variables that users can set. CORTIME is also compatible with SOLIDWORKS Simulation files. 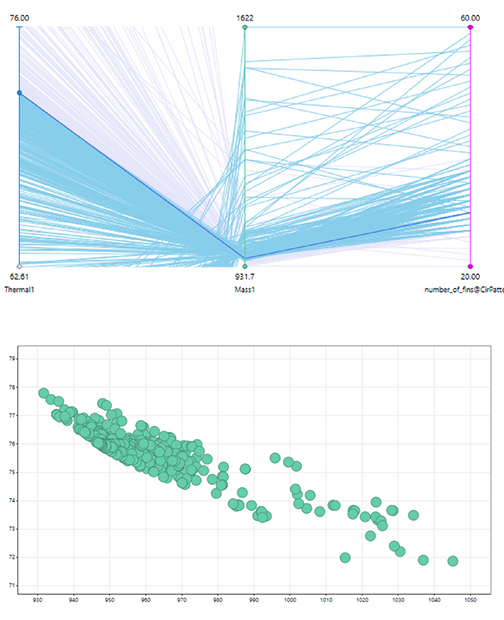 This image shows CORTIME’s Parallel Coordinates (PC) graph (top) and a 2D graph analysis. The latter offers insight into the design’s behavior while the PC graph facilitates the selection of an optimal design. Both are integrated in the task pane, giving users simplified access to design iterations. Image courtesy of CORTIME.

As it works through its process, CORTIME automatically modifies the model until it finds an optimal design solution. If a rebuild error occurs during the optimization process, CORTIME detects and rejects it then takes the error into account as it generates new designs, CORTIME notes. 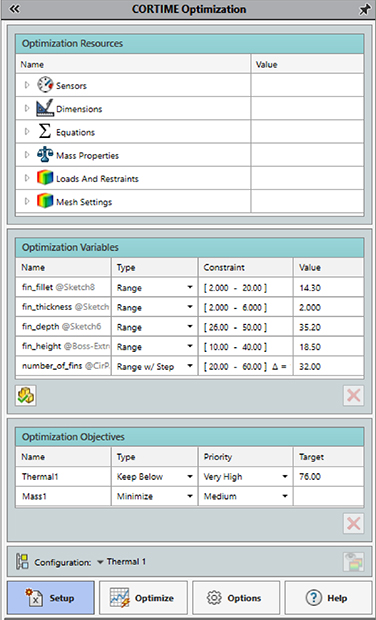 An integrated add-on tool for SOLIDWORKS, CORTIME automatically generates iterations based on a design concept and user-defined objectives. Setting up an optimization in CORTIME can be done in three easy steps. Shown here is an optimization set-up screen. Image courtesy of CORTIME.

Users can set up an optimization in CORTIME in three easy steps, according to the company:

CORTIME adds that CORTIME requires neither expert knowledge nor lengthy and expensive training to use. Product designers, it says, should have their first optimization up and running within minutes. 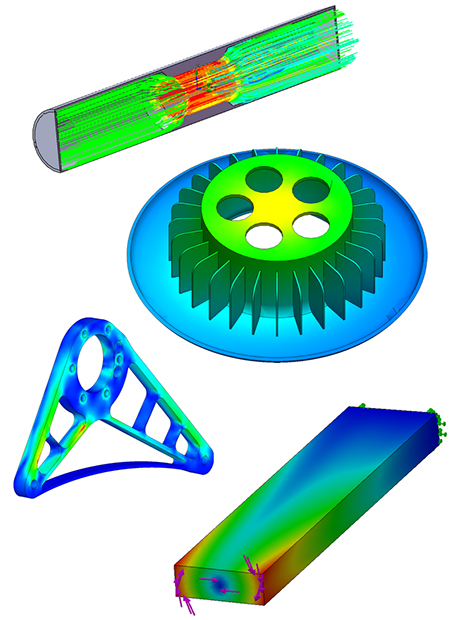 The CORTIME CAO tool integrates within the SOLIDWORKS environment, where it’s accessible through the SOLIDWORKS’ Add-in tab. Once an optimization has begun, CORTIME will run its optimization process unattended. The latter characteristic, the company notes, enables users to continue working on other projects as well as run large optimization jobs overnight.

CORTIME is available in single, multi-user (five users) and enterprise (up to 25 users) packages. Pricing for a monthly subscription ranges from $148 for a single user version to $1,147 for the enterprise edition.

Watch a short introduction to CORTIME.

Get a trial version of CORTIME here.

See why DE‘s Editors selected CORTIME as their Pick of the Week.